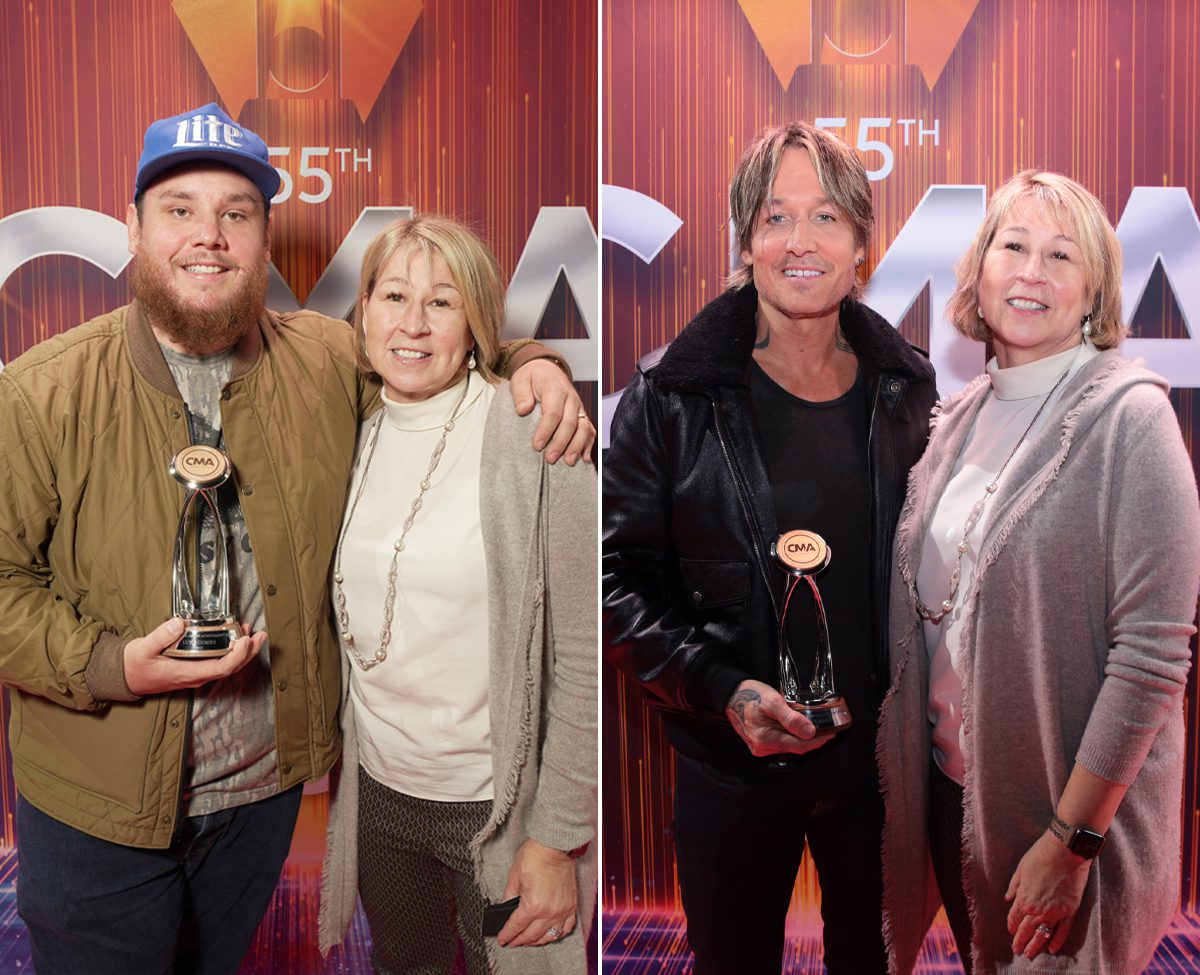 The  Country Music Association awarded Luke Combs and Keith Urban with CMA International Artist Achievement Awards during The 55th Annual CMA Awards. The honor recognizes outstanding achievement by a United States-based artist who has demonstrated significant creative growth, development and promotion of the country music industry outside of the U.S. during the eligibility period.

“Both Keith and Luke have been trailblazers for our genre, consistently growing and enhancing country music globally,” says Sarah Trahern, CMA CEO. “They each place such a distinct priority on country music’s international fanbase and continue to further CMA’s mission to bring country music to audiences all over the world. We could not be prouder to present them both with this award.”

Combs’ sophomore album, What You See Is What You Get, debuted at No. 1 in the U.S. and Canada, as well as on the country charts in the U.K. and Australia. With its release, Combs became the first male country artist to have their first two albums certified Silver in the United Kingdom. What You See Is What You Get has been in the Australian ARIA Top 50 Albums chart for 104 weeks while his debut album, This One’s For You, has been on the chart for 178 weeks. Combs is the second highest streamed country artist in the U.K. for 2021, only behind Dolly Parton, and will headline the Country to Country (C2C) Festival in 2022.

“This award means a lot to me,” says Combs. “I am humbled to have so many supporters outside of my home country who love my music, and I am really looking forward to playing for them soon. Thank you to the CMA for honoring me with this award!”

Urban has been a consistent pioneer for the global spread of country music for over a decade. In 2019, he not only headlined the C2C Festival in the U.K. and Europe, but also embarked on his own shows throughout the year. He has performed on BBC’s Strictly Come Dancing as well as created a BBC Radio 2 series, proving his broadcast abilities.