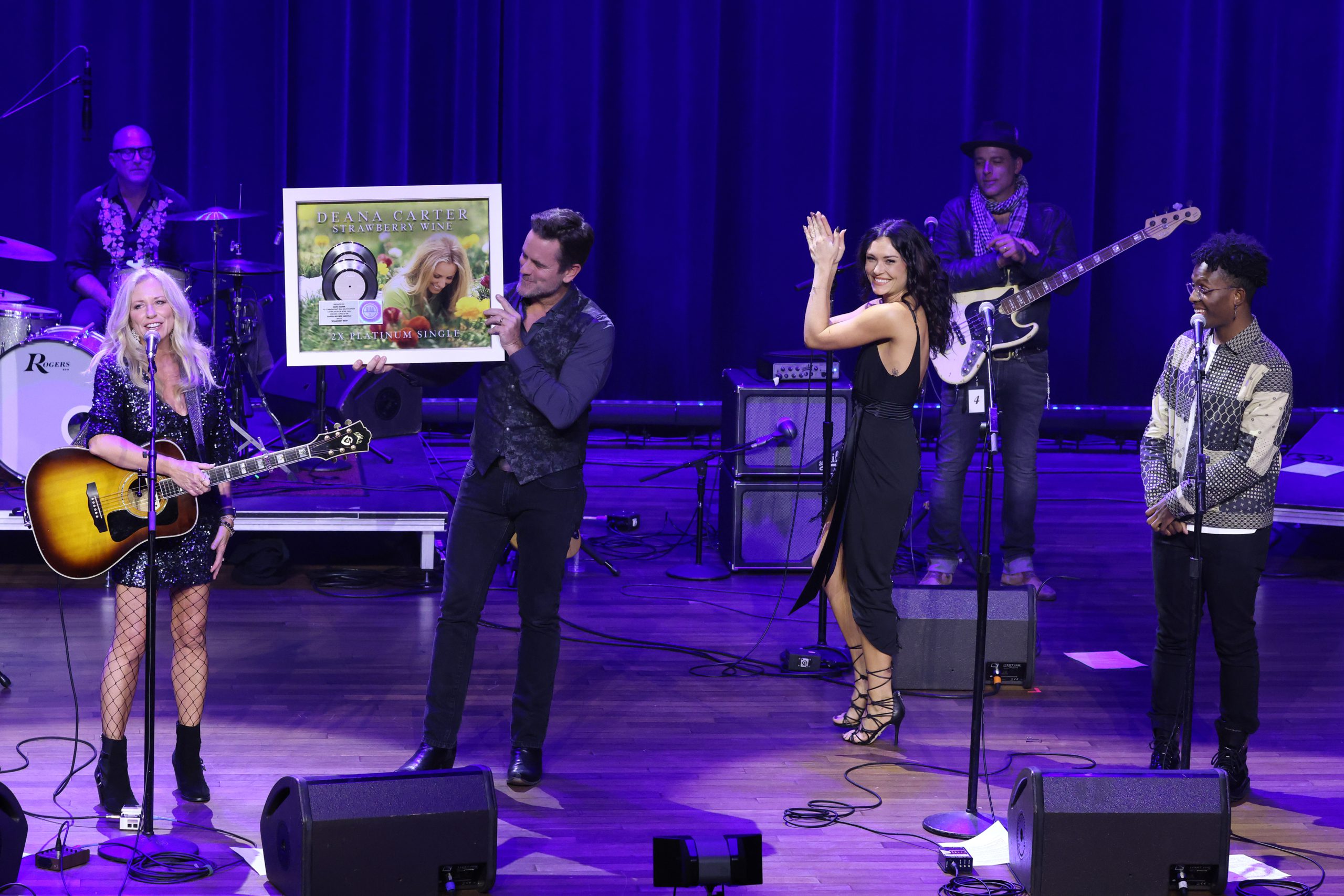 Deana Carter at the 25th Anniversary Show for Did I Shave My Legs For This? held at the Ryman Auditorium on Nov. 18, 2021. Photo: Curtis Hilbun

Celebrating the release of the 25th Anniversary Edition of her 5x Platinum debut album Did I Shave My Legs for This?, Carter was surprised before the show by Universal Music Group President Cindy Mabe with a 2x Platinum plaque for her mega-hit and CMA award-winning debut single “Strawberry Wine.”

“My 25th anniversary show at the Ryman last night was like a dream,” Carter reflects. “So many friends and family, the faithful fans and I felt so much love in the room in my favorite community, in the best sounding venue on earth! Such an honor and a celebration. I am still floating! Thanks to UMe/Capitol Nashville, all my very special guest artists, the staff, the crew, my band and team. Everyone from the 90s to today, I am just so grateful! Thank you to everyone who made every dream I ever had come true and for making such a remarkable milestone possible. THANK YOU from the bottom of my heart!!” 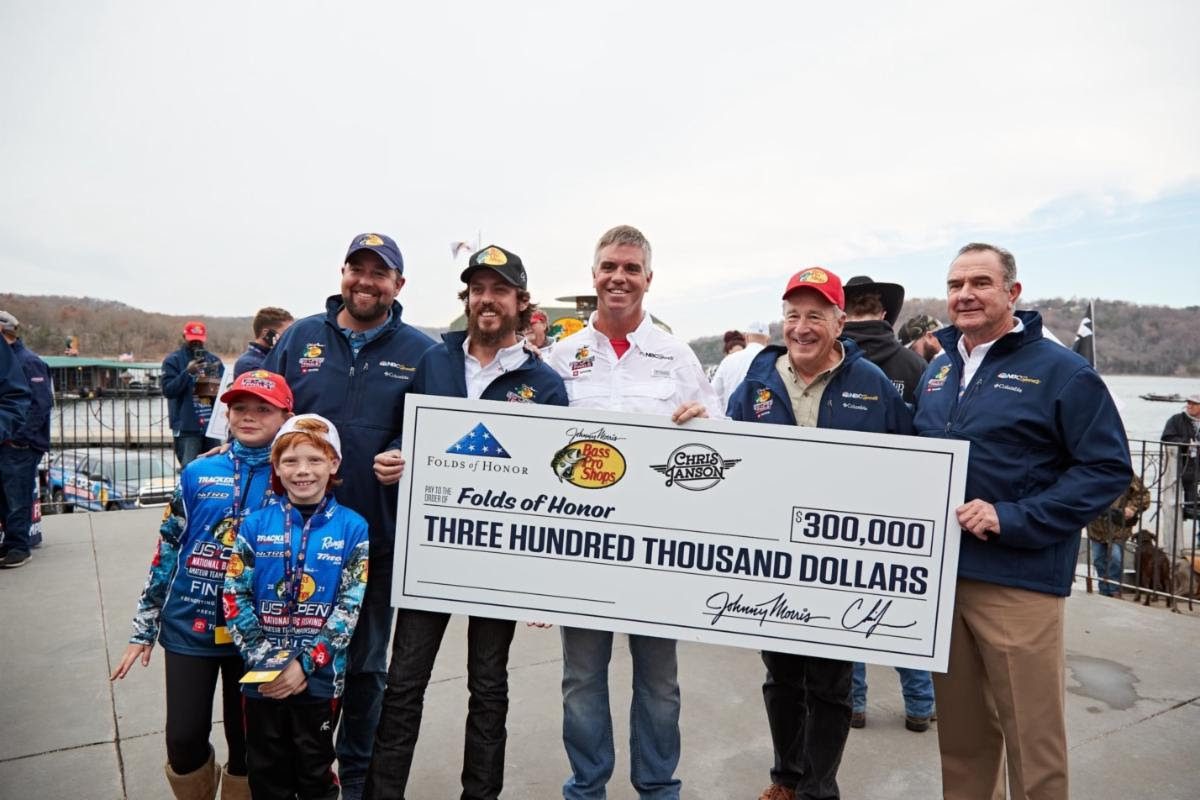 Warner Music Nashville’s Chris Janson commemorated Military Family Appreciation Month and Veteran’s Day by joining Bass Pro Shops for an in-store “round-up at the register” campaign. Together, they raised over $300,000 for life-changing scholarships for the spouses and children of fallen and disabled service members.

“I am so thankful for the generosity and support from everyone who donated to Bass Pro Shops ‘round-up at the register’ campaign that my dear friend Johnny Morris (Founder and CEO of Bass Pro Shops) put into action,” says Janson. “It does my heart good to know that we raised $300,000 for Folds of Honor and we are able to provide so many scholarships. I look forward to one day being able to meet some of the recipients and tell them personally what their ultimate sacrifice means to me and my family.”

The Janson-led initiative was inspired by his current single “Bye Mom,” a tribute to his friend and co-writer’s mom, who passed away late last year. He will embark on his “Halfway To Crazy Tour” on Feb. 10 with stops across the country running through April 16. 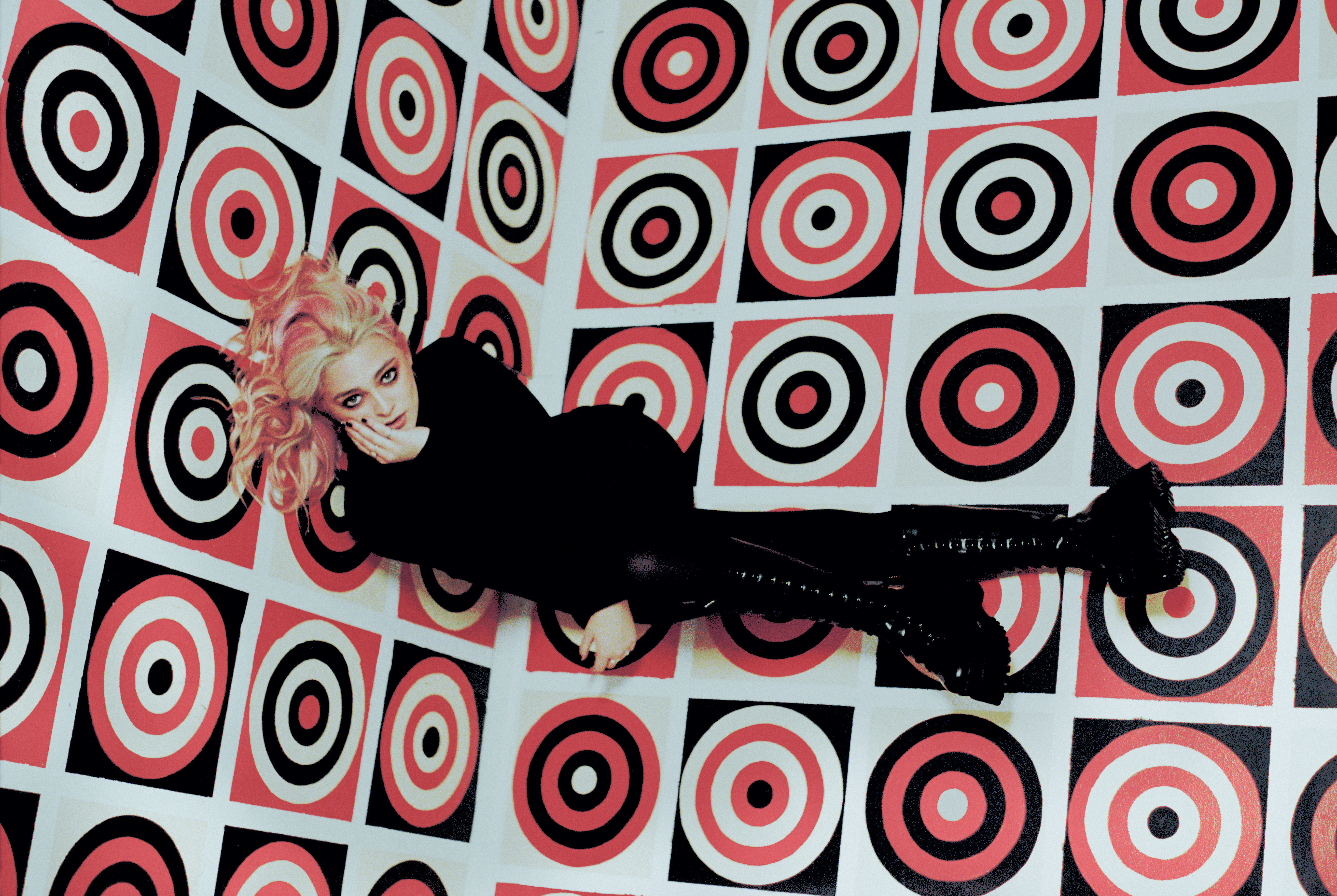 Adams is a Nashville-based singer-songwriter who blends genres spanning alternative, indie pop and indie singer-songwriter, while also pulling from ’80s rock and influences such as Tom Petty, Neil Young, Fleetwood Mac, The 1975 and The Paper Kites. She has had cuts for Chloe Moriondo, Peach Pit, Valley and Addison Grace.

“We are so excited to have Charli join Concord’s roster,” states Jen Hubbard, Director, A&R at Concord Music Publishing. “I’ve been following Charli’s career for some time now and knew I had to work with her. She leaves her thumbprint on any song that she’s a part of, with her distinct pop sensibility layered with authentic and raw songwriting. This album is just the beginning of an amazing career for Charli as both an artist and songwriter.”

“Signing with Concord felt very natural and inevitable. Jen and the rest of the Nashville team have been unbelievably supportive since the very beginning,” says Adams. “They’re like family at this point. I’ve had the chance to travel and meet the Concord team all over the world and there’s a universal sense of community and care for the creative that you don’t find everywhere. I feel extremely supported in my vision and understood for who I am as a writer and artist. I’m very thankful to have Concord in my corner and on my team, and I’m excited for what’s to come.” 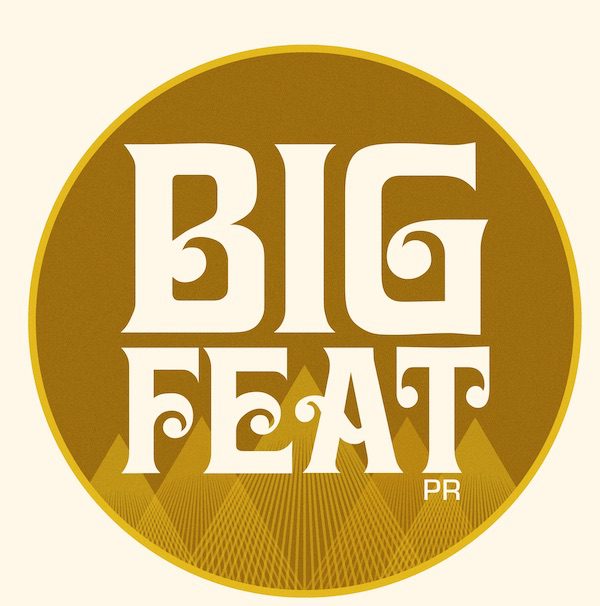 Prior to joining Big Feat, Casey ran the publicity department at Verve Label Group in New York City, where she worked with artists including Jon Batiste, Bettye LaVette, Max Richter, Shabaka Hutchings, Sons of Kemet, The Comet Is Coming, Olafur Arnalds, as well as led campaigns for albums such as John Coltrane’s Both Directions At Once, Blue World, and Thelonious Monk’s Palo Alto, among others. She is the recipient of two Clio Awards for Max Richter’s Sleep and Jon Batiste’s winning video “I Need You.”

Casey states, “I am so honored to join forces with Doug, he has cultivated an incredible roster of artists who I respect and admire, artists who have something to say. I’m looking forward to building upon our shared passion for great music, artists and their stories.”

Big Feat PR CEO Doug Hall adds, “Julia is one of the most dedicated, professional and knowledgeable publicists I have ever met in my entire career. She is the smartest person in any room with so many years of experience and countless successful campaigns under her belt. She will be a vital asset to Big Feat PR as we build the agency into all we know it can be. We share a collective vision to work with a select group of renowned and emerging artists and clients, that we genuinely love both musically and personally. I’m beyond excited for all that lies ahead.”