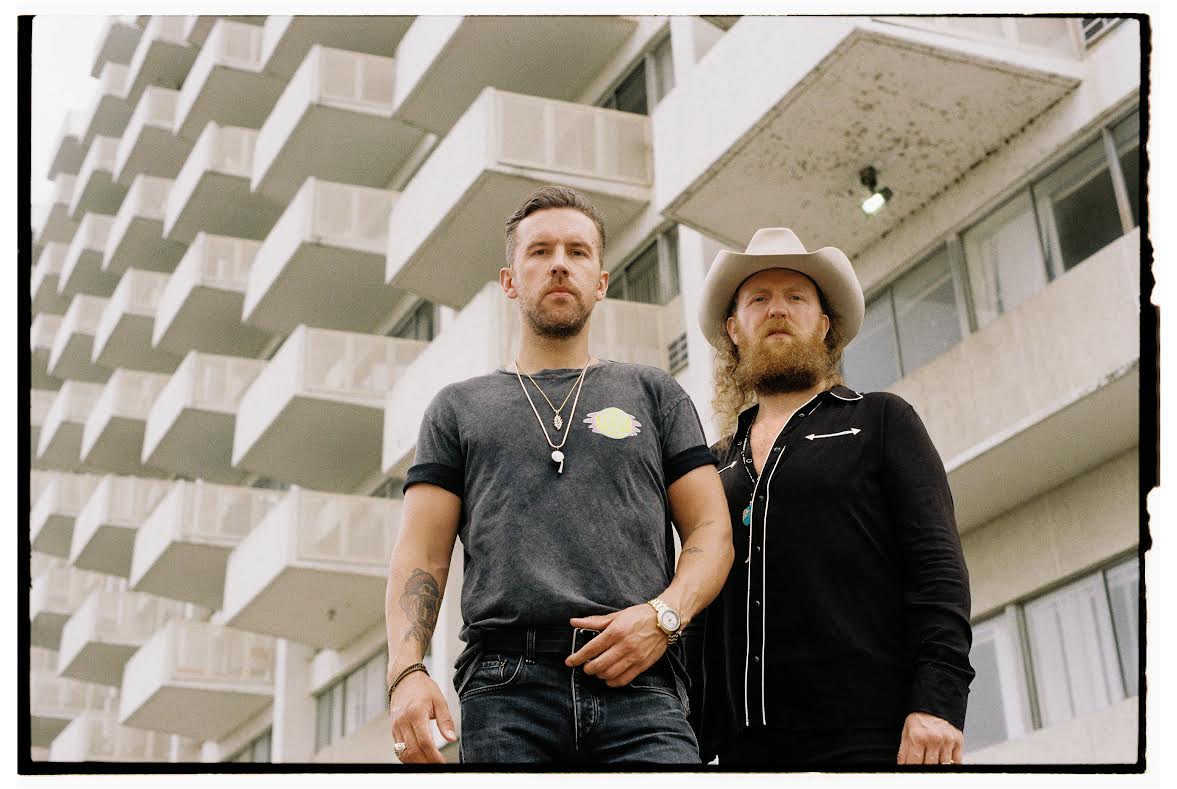 There were still drinkin’ and cheatin’ songs, to be sure. But there were also a great many truly transcendent musical moments–Jennifer Hudson soul singing with Chris Stapleton, the electrifying showmanship of Jimmie Allen, the rocking delight of Eric Church and sterling duet work by Carly Pearce & Ashley McBryde, plus the three songs highlighted in today’s column.

They are “Doin’ This” by Luke Combs, “Love My Hair” by Mickey Guyton and our Disc of the Day winner, “Younger Me” by Brothers Osborne. This is a stand-alone song with its own video, not a track from the Osbornes’ Skeleton. The clip is as moving as the live performance was.

Our DISCovery Award goes to the charming duo The Kentucky Gentlemen.

THE KENTUCKY GENTLEMEN / “Vibin’”
Writers: Brandon Campbell/Derek Campbell/Kyra Hunter/Laurin Hunter; Producer: none listed; Label: TKG
–Twin brothers Derek and Brandon Campbell hail from Versailles, KY. They made it onto CMT with the video for this tune, and it’s a solid winner. The groove is burbling and bubbling. The singing is sunny and sublime. It’s everything a hit needs to be, memorable, hooky and singable. Breezy is the vibe. Catchy is the bottom line.

AARON LEWIS / “Goodbye Town”
Writers: Aaron Lewis/Randy Montana; Producer: Aaron Lewis, Ira Dean & Ben Kitterman; Label: Valory
–A simple acoustic guitar strum kicks it off, framing his beautifully weathered baritone eloquently. Harmonica and dobro accents gently rise in the mix as he unspools a ballad of wistful departure. You can hear him breathing in the performance. I love this. We need his sound.

LUKE COMBS / “Doin’ This”
Writers: Drew Parker/Luke Combs/Robert Williford; Producer: Luke Combs, Chip Matthews & Jonathan Singleton; Label: River House / Columbia
–That “Amen” you might have heard when he introduced this song on the CMA telecast was the sound of every musician in the arena hearing themselves in the lyric. It was a moment of profound truth and beauty from a man who seems to brim with them. He moves me every time he opens his mouth. His heart is so huge, and their are few in the format who are as completely relatable. Our titanic Entertainer of the Year strikes once again. A masterpiece.

MICKEY GUYTON / “Love My Hair”
Writers: Mickey Guyton/Anna Krantz; Producer: Karen Kosowski; Label: Capitol
–As recently as five or ten years ago, it would have been unimaginable that a song about Black hair would be showcased on the CMA Awards. Gutsy Guyton is just the woman to do it. You’ll find the tune on her excellent CD Remember Her Name, alas without the terrific harmony vocals of Brittney Spencer and Madeline Edwards you heard on the telecast.

BROTHERS OSBORNE / “Younger Me”
Writers: Kendell Marvel/John Osborne/T.J. Osborne; Producer: John Osborne; Label: EMI
–There was a lot of love in the room at the CMA Awards, perhaps never more manifest than in the re-crowning of the Osbornes as Duo of the Year. “Love wins,” said T.J. succinctly. One of the most profoundly poignant moments on the CMA show was his performance of this song. It’s a gay adult singing to his younger self that, “It gets better.” The lyric is stunning; the throbbing tempo is thrilling, and he sings his face off. Country music for the ages. Check out the video with its images of inclusion.

BRANDI CARLILE / “This Time Tomorrow”
Writers: Brandi Carlile/Phil Hanseroth/Tim Hanseroth; Producer: Dave Cobb & Shooter Jennings; Label: Elektra / Low Country Sound
–Nashville’s time in the network TV spotlight wasn’t limited to the CMA show. On Tuesday, this Americana star performed this lovely ballad on Stephen Colbert’s late-night telecast. Performed as a harmony trio with the Hanseroth twins, accompanied by acoustic guitars, it’s a goodbye to a loved one in the most kind and gentle way. This is one of the many gems on her current album In These Silent Days.

ROSS COPPERMAN & CAM / “Everything Changes”
Writers: Ross Copperman/ROMANS/Steph Jones; Producer: Ross Copperman; Label: Photo Finish
–Heartbreak and loss have seldom sounded so pretty. They’re going their separate ways, resigned to the fact that they are simply too different as people. Copperman’s tenor is sweet and strong, but the thing really comes alive when Cam’s sensational voice chimes on harmonies and takes a verse on her own. Awesome listening.

NATALIE HEMBY / “It Takes One to Know One”
Writers: Natalie Hemby/Miranda Lambert; Producer: Mike Wrucke; Label: Fantasy
–Renowned a a powerhouse pop and country hit songwriter, Hemby’s sophomore album is Pins and Needles. As before, the Highwomen chanteuse channels Tom Petty as much as she does Sheryl Crow and Miranda on this emphasis track. It’s a funky little hip shaker with loads of verve.