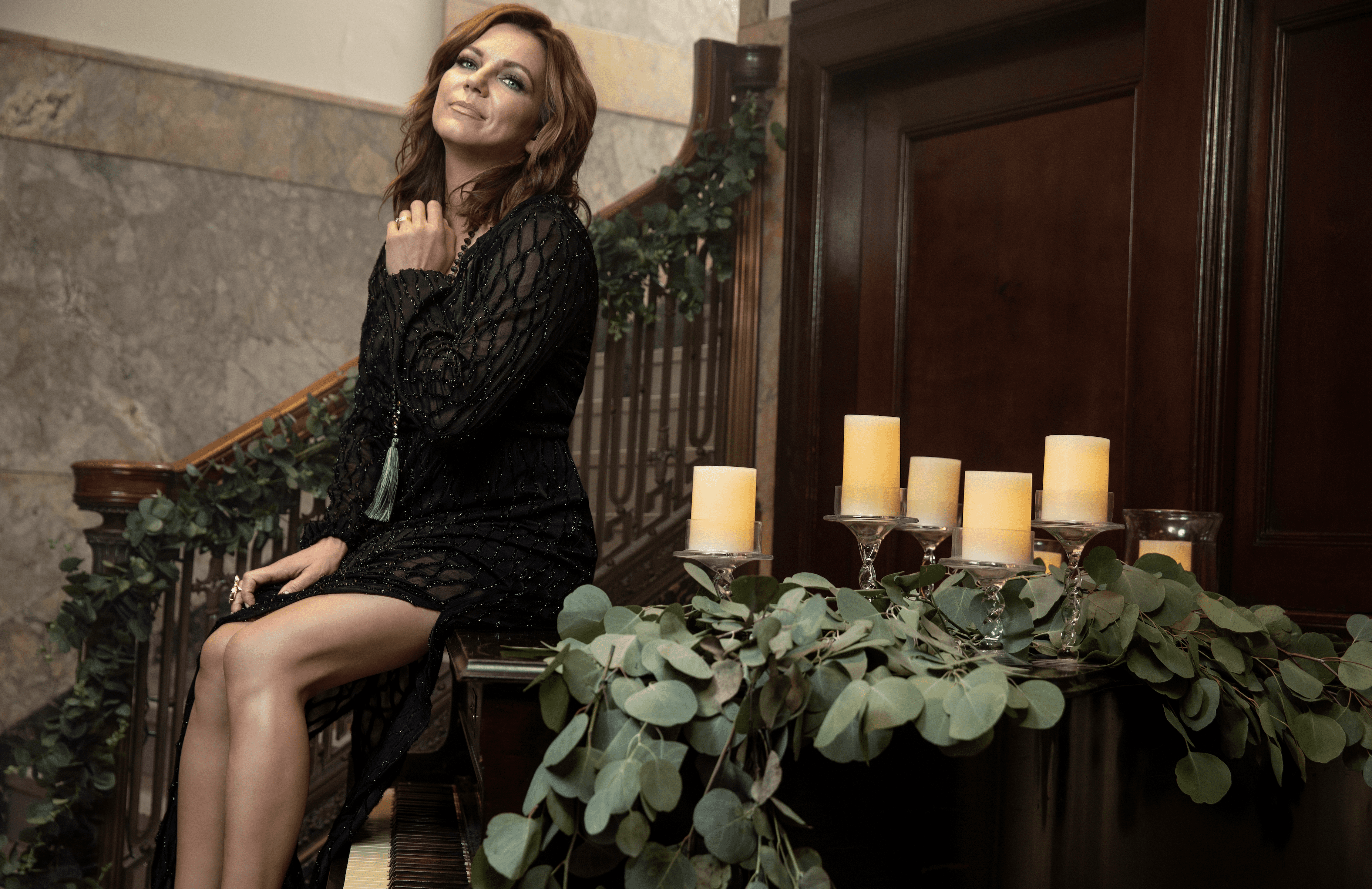 Few have impacted the country music genre like Martina McBride. The powerful singer and bold communicator has seen monumental success throughout her 30-year career, including selling more than 23 million albums to date and earning 14 Gold, 9 Platinum, 3 Double Platinum and 2 Triple Platinum certifications. But her legacy is far greater than her powerful selling power.

Martina started performing as a child in Kansas, playing in her family’s band, the Schiffters. As she got older she started performing in rock bands around Wichita, where she met recording engineer John McBride, who she married in 1988.

Martina remembers the night she knew it was time to move to Nashville and pursue a career in country music.

“[My family] had never entered any kind of contest, but for some reason we entered this battle of the bands and Dad asked me if I’d come back and sing with them. My husband, John, engineered the show and he recorded it on a cassette. During the break we went out to our car and listened to the cassette and it just hit me. I was like, ‘This is what I want to do.'” Martina recalls. “I love to sing all kinds of music. And up to that point, I had been singing all kinds of music, but that was the moment that I knew that this is where I wanted my focus to go. It feels like home to me and it was always my dream as a kid. That moment was a realization that this is what I wanted to do: I wanted to pursue a career in country music.

“I went back inside the building and told my mom that night, and we ended up moving to Nashville a few months later,” Martina says.

John started working as a sound engineer on concert tours and became production manager for a booming artist on the rise, Garth Brooks, in 1991. Martina soon started selling t-shirts for Garth.

All the while she was hustling, trying to get a five-song demo to the record labels in Nashville in hopes of a record deal.

To get past RCA Records’ strict rules about submitting new material unsolicited, she wrote “REQUESTED MATERIAL” in large letters on a bright purple package, even though RCA had not asked for the tape.

“I was singing demos, waiting tables and selling t-shirts for Garth at the time and I had heard from a friend of mine at a publishing company that RCA was looking for a female artist to sign and they had three contenders,” Martina says. “Another friend of mine had said that they don’t take any unsolicited material, so you can’t just walk in and drop your tape off. He said a little tip is when you drop your envelope off at the front desk, write ‘requested material’ on it. That’ll get it past the front and get it to the A&R person. So I did that. I went to Kinko’s and got a bright purple envelope and my husband wrote ‘requested material’ with a phone number. About two weeks later we got a phone call that they had heard the demo and they wanted to have a showcase.”

Martina’s plan worked and she signed her deal in 1991. 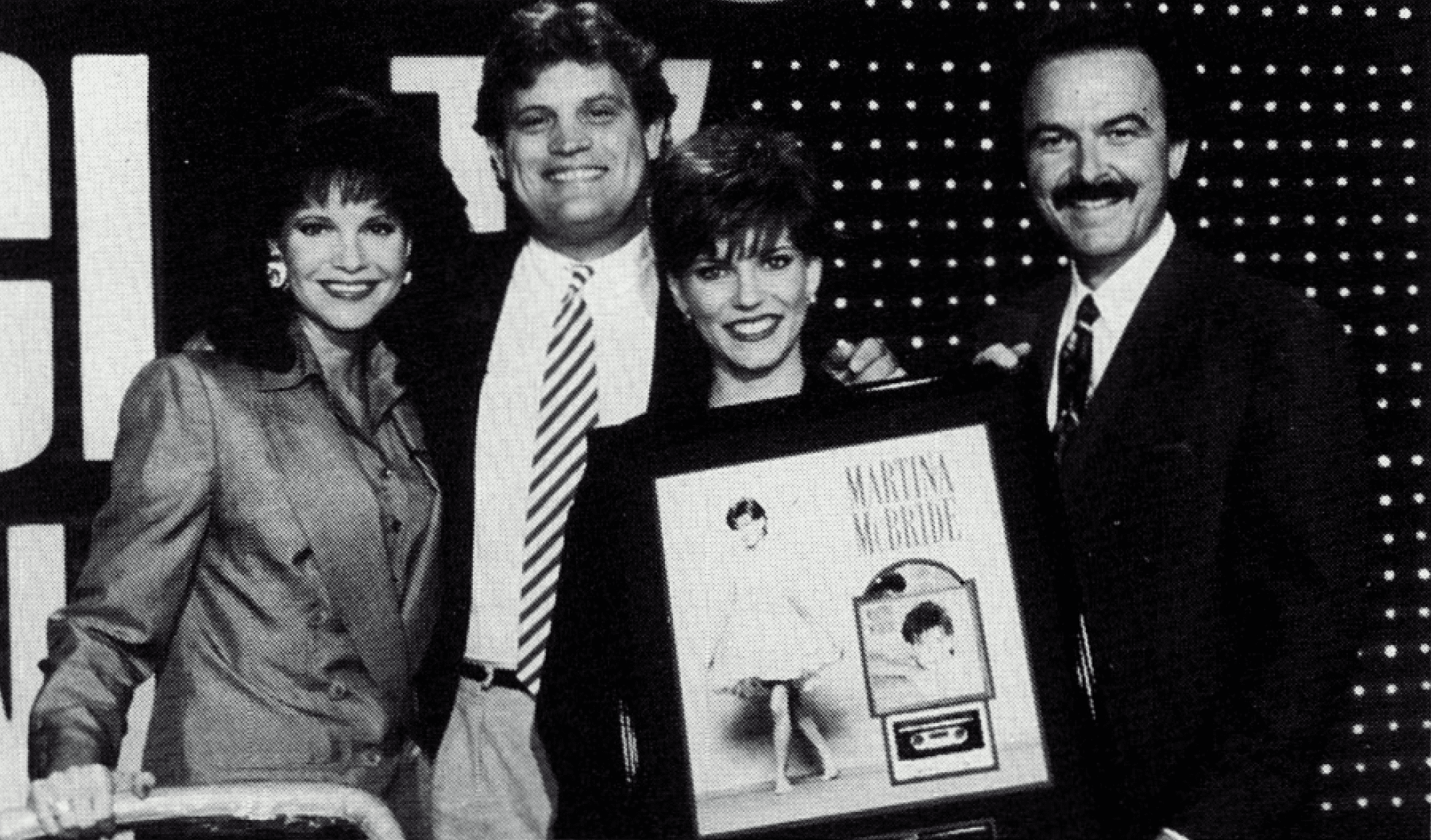 Martina McBride receiving a RIAA plaque for the Gold-certified The Way That I Am album. Photo: MusicRow Magazine’s December 1994 issue.

With a label deal secured, it was time for her to make her first record. “I wanted to be a really traditional country artist [on that record]. I wanted to be like the female Alan Jackson or something.”

Martina released her debut album, The Time Has Come, in May of 1992. The album earned Martina critical accolades, but it wasn’t until the release of her second album, The Way That I Am, that she began achieving commercial success. “My Baby Loves Me” reached No. 2 on Billboard’s country charts, becoming Martina’s first hit. But her “Independence Day,” an empowering anthem about escaping domestic abuse written by Gretchen Peters, catapulted Martina into stardom.

“I was so passionate about the message in the song. It really touched me. So, I went to my radio promotion guys and I said, ‘What’s happening?’ They said ‘Well these stations won’t play the song. They think it’s too controversial. They think the video is controversial.’ I was like, ‘Well, can you give me their numbers? Can I talk to them?’ I don’t think they’d ever had that happen before,” Martina says with a laugh. “I can remember sitting in the office at the studio and calling each of these guys one by one and just saying, ‘Talk to me about this. What is your hesitation?’ I argued my point and I did turn some of them around. Some of them did end up playing it.”

The industry, and country music fans, embraced Martina’s boldness. The Way That I Am crossed the million-seller threshold in May 1995, beginning a streak of Platinum albums that stretched into the 2000s.

“Independence Day” started a path for Martina of cutting songs that dealt with real life, even if it wasn’t pretty. She would follow her “Independence Day” up with other career songs like “A Broken Wing,” “Concrete Angel,” and “This One’s For The Girls.”

“I have to credit Joe Galante because he never, ever gave me any kind of pushback on recording those songs or releasing them as singles,” Martina admits. “It was really his idea to release them as singles. He never shied away from that. As a matter of fact, he wanted ‘Concrete Angel’ to be the first single off my Greatest Hits record and I was like, ‘Joe, it’s summer!’ But he was really passionate about those songs and about my vision as an artist.”

Since then she has been an outspoken advocate for women in country music. But she remembers the ’90s being more fair.

“We can rattle off a list of 12 to 15 female artists that were doing well then. We had a moment where it was equal—and it was awesome. When you look at country music, you have the golden era of the George Jones, Tammy Wynette, and Patsy Cline. Then we have the late ’90s and early 2000s, which is another highlight era of country music. It was really diverse and there were so many songs about so many different topics.

“When we talk about females getting played on the radio next to some of the bro country, it’s really hard because sonically, we can’t really make song after song that has that lyric content or even sounds in the same vein as that musically. But back then I could release a record like ‘Concrete Angel’ and it was up next to maybe a Rascal Flatts record or an Alan Jackson record. From the standpoint of record production, it was so varied and so rich.”

Martina’s “This One’s For The Girls” has become an anthem of sorts for those working towards equality in country music.

“It’s a really well-written song and it’s a great record. Paul [Worley] and I made a great record on it. It’s so relatable—but I need to add another verse for the 55 year olds. There’s basically three generations that can relate to it and it’s so empowering. What I loved about it was it’s an uptempo song and it’s really hard to find an uptempo song that has some lyrical substance. That is always what I look for in a song.” 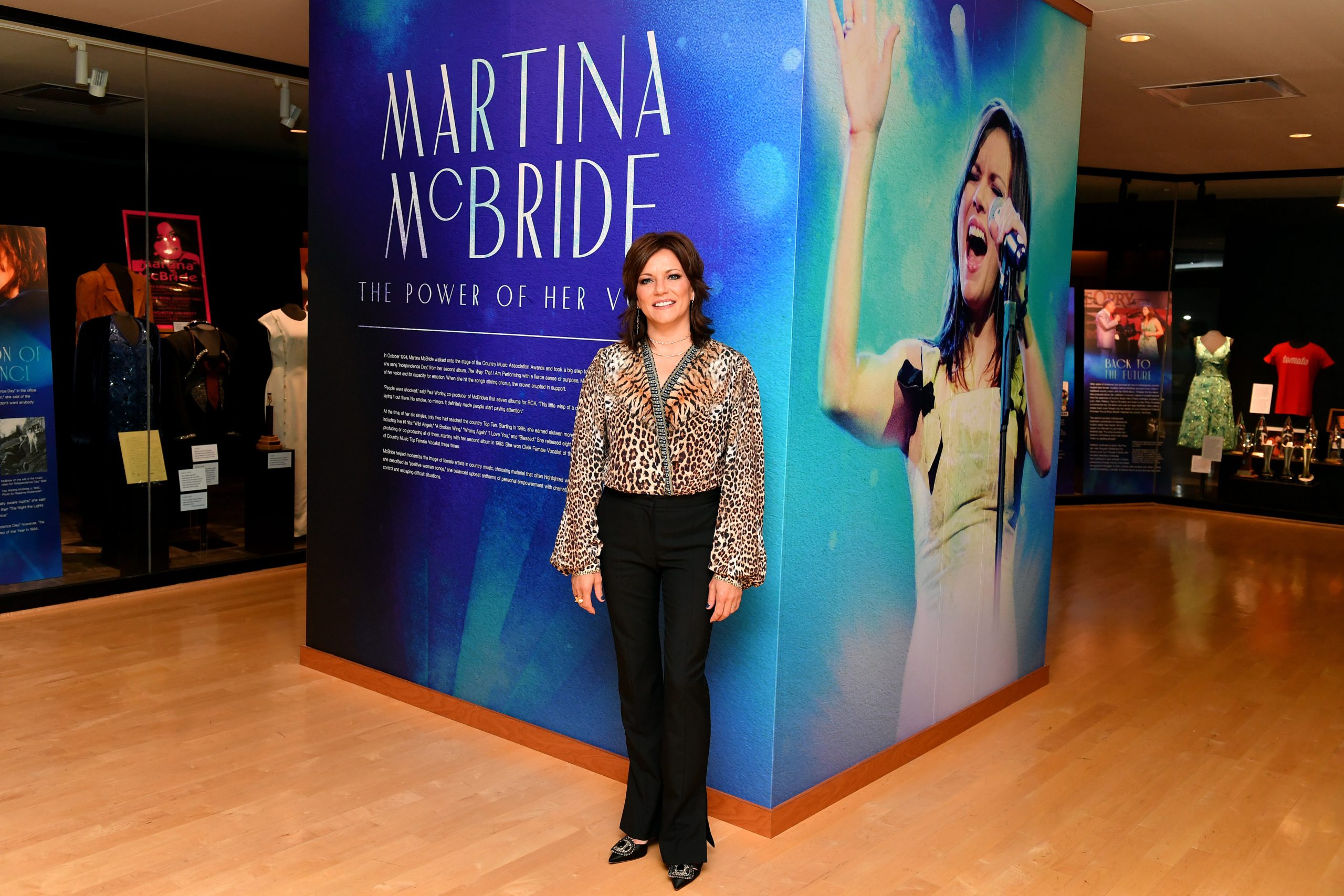 In 30 years, Martina has become a pillar of the story of country music and an inspiration to women and girls everywhere. Her career is being celebrated with an exhibit at the Country Music Hall Of Fame.

“When I started this career, I had two goals: longevity and respect. I do feel like I’ve achieved those two things, which is really amazing. To be respected and accepted as an artist and as a singer was always really important to me,” Martina says. “With the new Country Music Hall Of Fame exhibit, I feel like it’s such a sign of respect. That’s really cool and it makes me feel like I did what I set out to do.”

Martina’s exhibit, The Power of Her Voice, is open now through Aug. 7, 2022. She has also recently released special edition vinyls–Martina McBride Greatest Hits: The RCA Years and is currently on the road with Alabama and Blake Shelton.