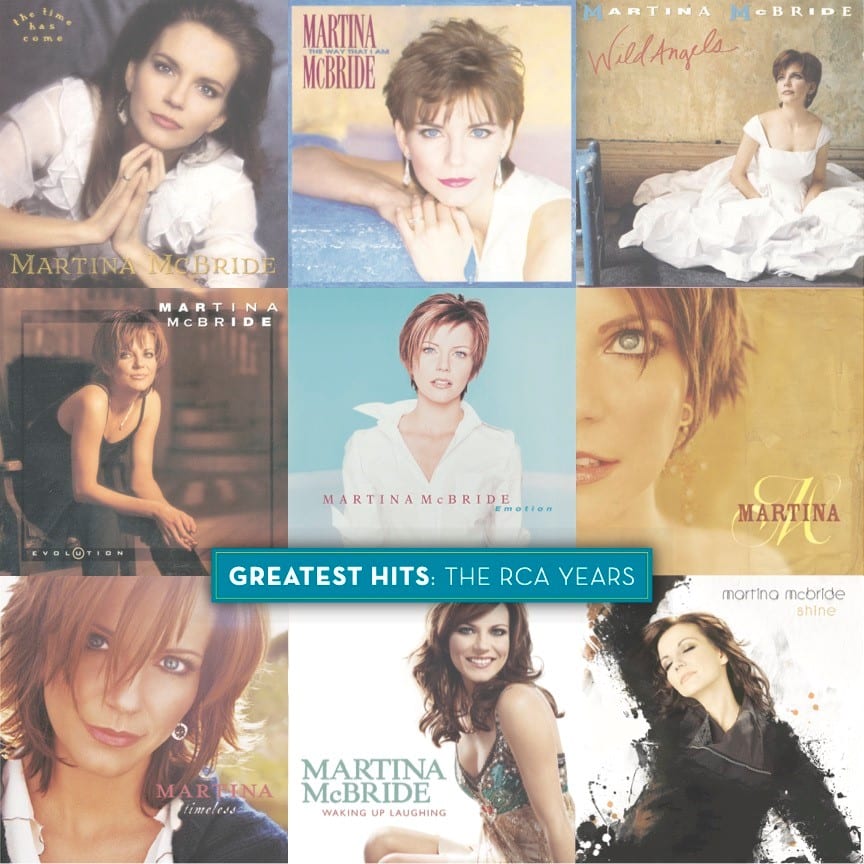 To celebrate three decades of her career, one of country music’s most powerful and timeless voices Martina McBride has announced she will release an extensive greatest hits project. Her Greatest Hits: The RCA Years Double LP will be available exclusively in vinyl and on-sale on Aug. 20.

The collection of songs spans McBride’s vast catalog of recordings with RCA, including some of her biggest hits like “Independence Day,” “Concrete Angel,” “This One’s For The Girls,” “A Broken Wing,” among many other fan favorites.

“When I signed my record deal with RCA in 1991, vinyl was out and CD’s were in. Even though I’ve always been happy to have my name on any form of recorded music, I’ve always hoped to see my music on vinyl,” says McBride. “I’m SO THRILLED to share this double vinyl album of hits that I recorded during my time with RCA. This is a very special project to me and I’m excited that everyone will be able to add it to their vinyl collection.”

It was also recently announced that McBride’s accomplishments and influence will be honored by the Country Music Hall of Fame Museum with a new exhibit, Martina McBride: The Power of Her Voice. The exhibit encompasses McBride’s journey from performing in her family’s band as a child to becoming an award-winning country music artist with an enduring career. It opens on July 30 and will run through Aug. 7, 2022.

Side A:
The Time Has Come
That’s Me
My Baby Loves Me
Independence Day
Where I Used To Have A Heart
Life #9

Side B:
Wild Angels
Safe In The Arms Of Love
Cry On The Shoulder Of The Road
Happy Girl
A Broken Wing
Wrong Again

Side C:
Whatever You Say
I Love You
Love’s The Only House
Concrete Angel
Blessed
When God-Fearin’ Women Get The Blues