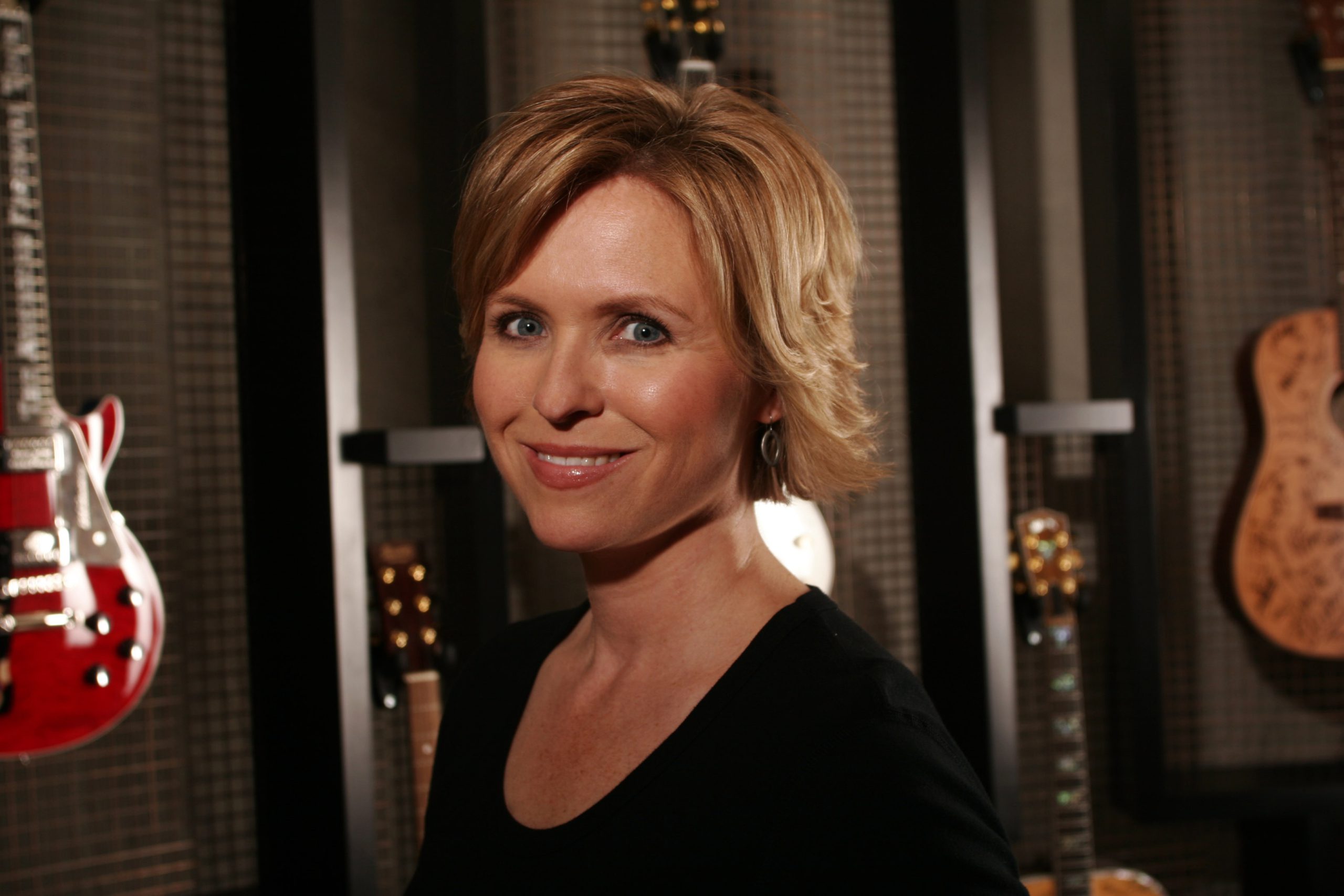 Lisa Lee, senior vice president of creative and content for the Academy of Country Music, passed away on Saturday (Aug. 21) after a battle with brain cancer. She was 52.

Born Alicia Faye Young in Cabot, Arkansas, on Dec. 24, 1968, Lee earned a bachelor’s degree in journalism and English from the University of Arkansas at Fayetteville and a master’s degree in broadcast journalism from Northwestern University’s Medill School of Journalism. After graduation, Lee got a reporting job at Cabot Star-Herald newspaper.

One of her early jobs was at KTAL-TV, an NBC affiliate serving Texarkana and Shreveport, Louisiana, where she began to be interested in entertainment stories. Although her assignments covered a variety of topics, Lee eventually convinced station management to allow her to do movie reviews; she promptly constructed her own little critic’s corner set. She also started covering country music concerts and events in the Arkansas area and surrounding states at this time.

Lee started a friendship with a reporter/producer from Jim Owens and Associates, the Nashville-based production company behind TNN Country News at the time. Soon she was checking in with the folks at Jim Owens, updating them on all the entertainment pieces she was working on, while not so subtly working to convince them to hire her. Her persistence paid off when Jim Owens and Associates hired her, and she moved to Nashville to work for the company from 1995 to 1999.

In 2000, Lee moved to CMT and CMT.com as a news correspondent and producer.

Lee also had a calling to expand the social conversation. She wrote and produced the Prism Award-winning special Addicted to Addiction, as well as the TV news specials Sex in Videos: Where’s the Line and Controversy: Tammy Wynette.

In 2007, three years after her move to L.A., Lisa accepted the Academy of Country Music’s offer to draw on her experience as a TV journalist and producer to help the Academy establish and grow their own in-house creative and video production department. As the Academy’s lead staff producer, she oversaw all video production as well as the design, creation, and editing of ACM logos, digital and printed materials including ACM Tempo magazine, the ACM Awards program book, and both the ACM and ACM Lifting Lives websites.

With her long history of production and network teamwork, Lee served as a liaison with CBS television’s creative departments and CBS.com for promos and creative content surrounding the annual ACM Awards. She was named producer of the Academy of Country Music Honors, a live industry event dedicated to celebrating the Academy’s special award honorees, off-camera category winners, and ACM Industry and Studio Recording Awards winners. Held each year at the historic Ryman Auditorium in Nashville, Lisa imbued the event with a real love for the people who go the extra mile to support, expand, and protect Country Music in its most creative places.

In 2014, Lee wrote and created This Is Country: A Backstage Pass to the Academy of Country Music Awards. The deeply researched coffee table book celebrated the 50 the anniversary of the ACM Awards and included a forward by Reba McEntire.

Lee was a member of the Writers Guild of America. She was also a Leadership Music alum.

Lisa Lee is survived by her parents, Charlie and Faye Young; her husband (and high school sweetheart) Doug Lee; daughter Grayson, and son Jackson. Also, in laws Phillip and Sarah Lee of Cabot and many other Lee family members. She was preceded in death by her grandparents and brothers, Jason Young and Dennis Young.

Visitation is to be held this Friday from 5-8 pm at Moores Funeral Home, 700 North Second Street, Cabot, Arkansas followed by a memorial service Saturday. To stay updated on details for next weekend’s services, the celebration of life to be held in Nashville at a later date, and to support her family by contributing to her memorial fund, please click here. 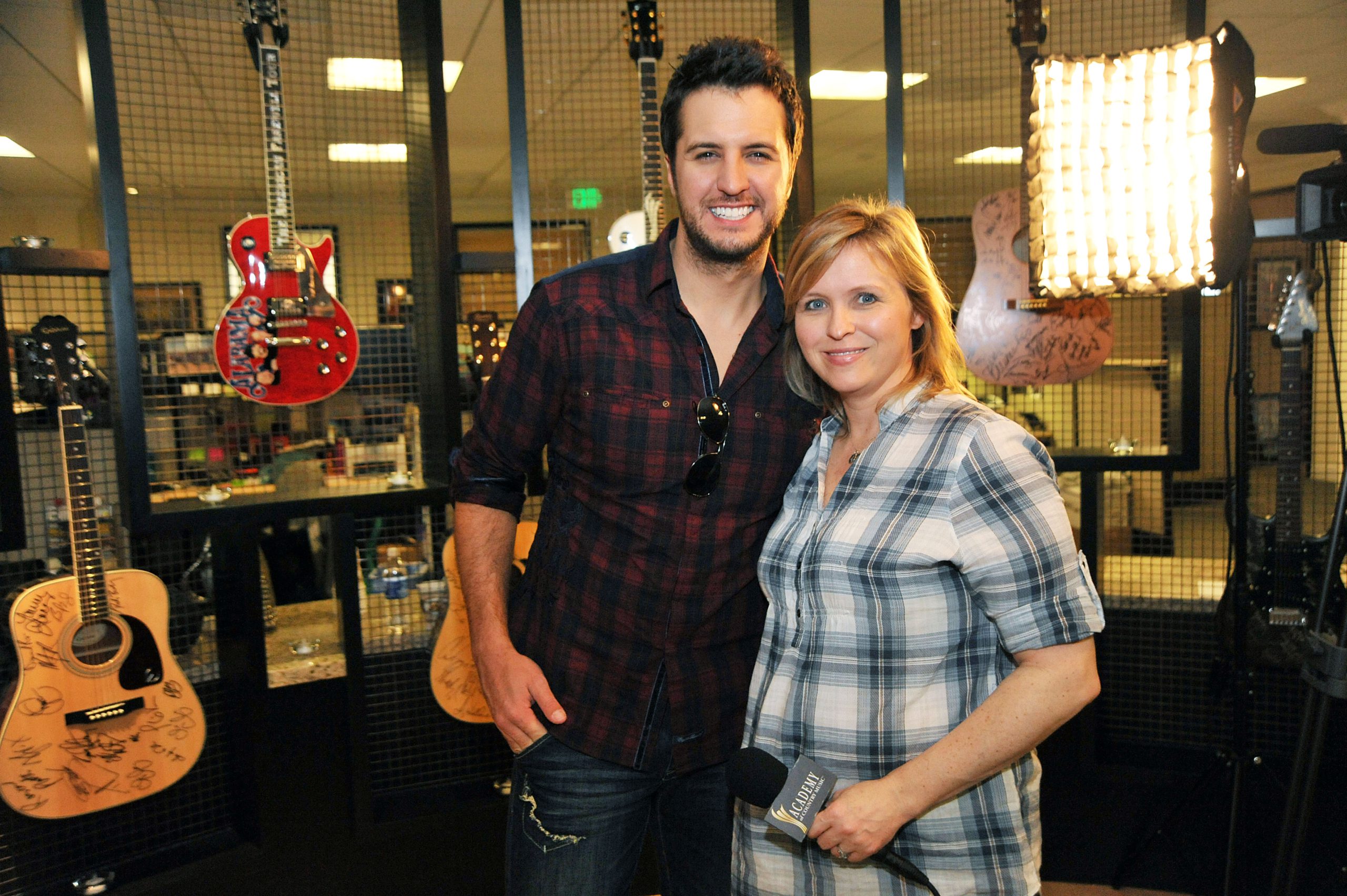 “Lisa has always been a light inside our industry,” shares Luke Bryan. “Her ability for telling not only my story but the story of so many was unmatched because it was from her heart. She truly loved her job and it showed on her face every time she was around. I will miss her.”

“I always loved getting to visit with Lisa whether it be about the music business or an interview. She was a huge asset to our business. I sure will miss her smiling face,” comments Reba McEntire.

“We lost one of our true lights yesterday. Lisa Lee was one of the most passionate and caring people I’ve ever met. Her love and appreciation of music, and the artists who made it, was everything you’d ever want,” adds Keith Urban. “I loved being interviewed by her for that reason and because she always brought such a warmth into the room. Peace be with all of her family today.”

“It is certainly a sad day for Country Music. We have lost a bright light and true leader in our business who cared deeply for telling the story of the music, artists and creators,” Lori Badgett, ACM Chair & Senior Vice President of City National Bank says. “Our hearts go out to her entire family, especially her husband, Doug and precious children, Grayson and Jackson at this terribly difficult time. We look forward to honoring her in many ways in the future.” 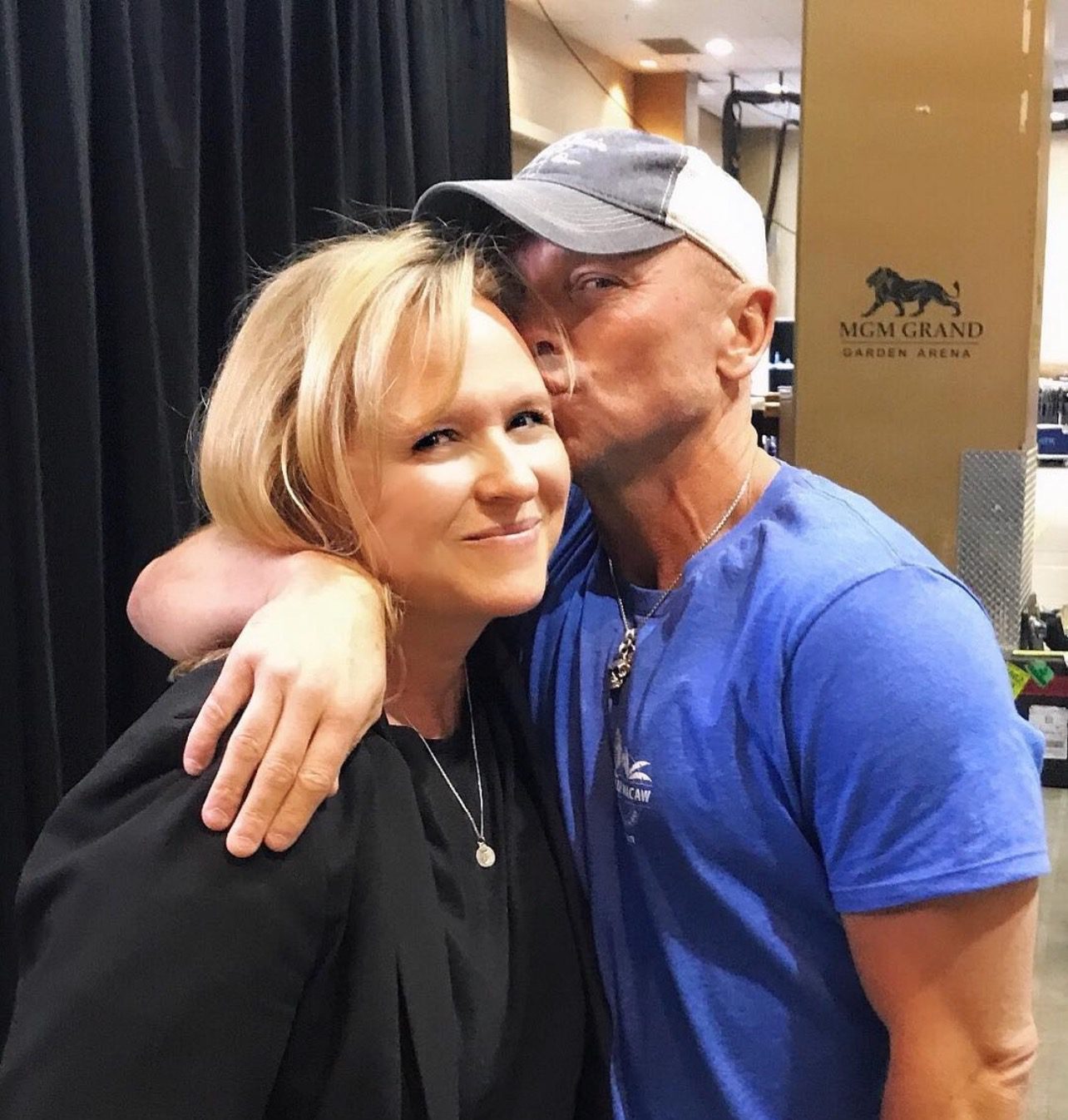 “Lisa Lee and I grew up together in this business. She was a TV reporter, producer, writer and big executive. She covered my heroes and my friends, she wrote about me and my mother,” Kenny Chesney says. “She truly cared about country music – and I absolutely cared about her. Good-bye, my sweet friend.”

“The Academy has lost a huge part of its heart and soul with the passing of Lisa Lee. She was a champion for Country Music and fiercely dedicated to the Academy’s mission for her over 15 years of service to the ACM,” shares Damon Whiteside, CEO, Academy of Country Music. “She is irreplaceable, but her heart and spirit will live on throughout our industry. ACM Honors was her favorite event, and I know she will be singing along and smiling down on us from above on Wednesday night.” 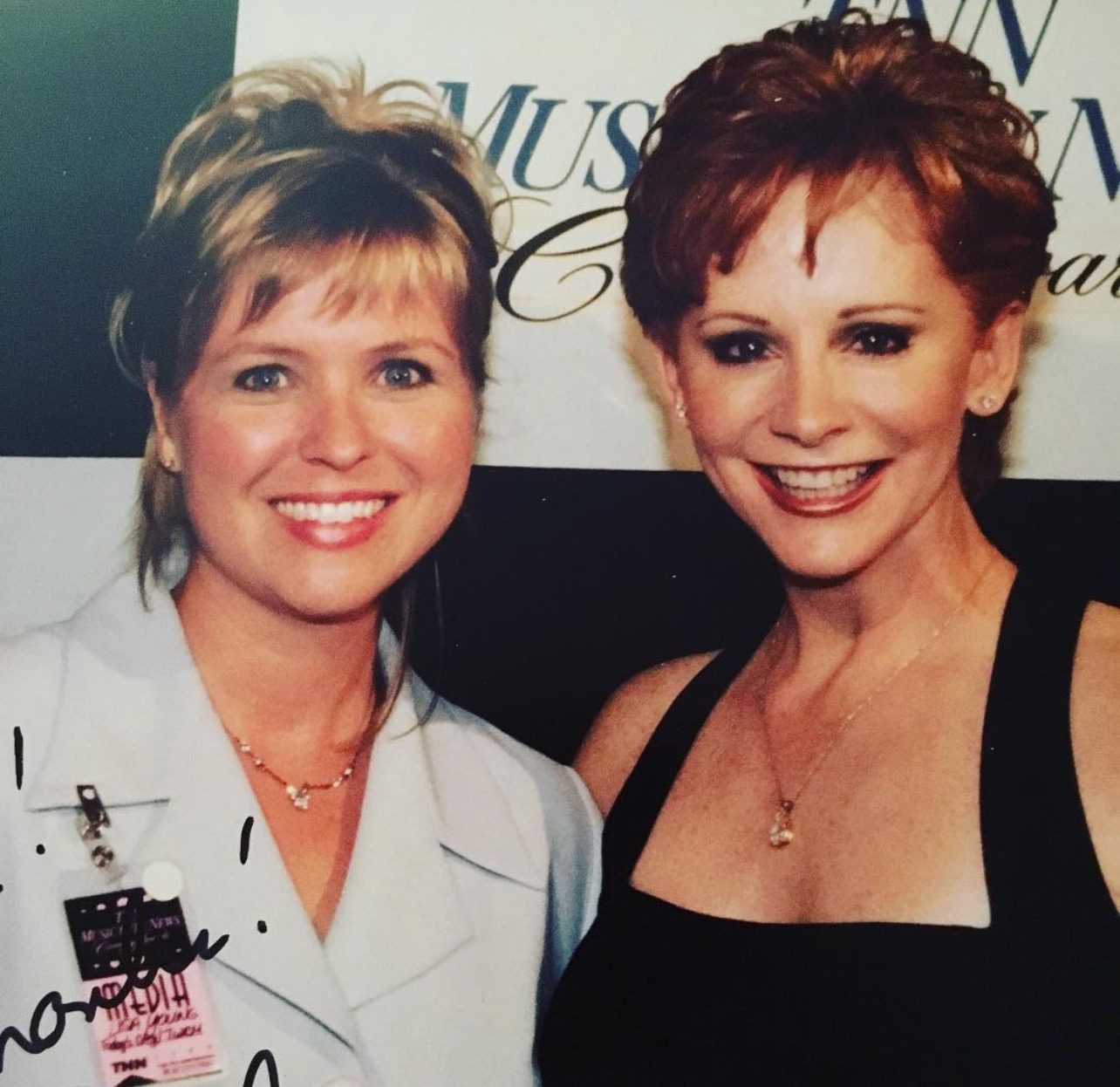 “Ever since she joined the Academy, she became the heart, the soul and the historian for the ACM… On a personal level, I relied on her to keep me honest when it came to telling the Academy’s story. She had such depth of knowledge and passion. I will miss her tremendously,” comments RAC Clark, Executive Producer of the ACM Awards, 1999 to present, ACM Board Member and interim Executive Director of the Academy of Country Music 2019.

“I always loved getting to visit with Lisa whether it be about the music business or an interview. She was a huge asset to our business. I sure will miss her smiling face,” comments Reba McEntire.