Tom LeGarde, who performed in Nashville for decades with brother Ted, passed away on Friday (July 30) in Hendersonville. He was 90 years old.

Billed variously as “The LeGardes,” “The LeGarde Twins” or “Australia,” the siblings were top country showmen who charted with four titles between 1978 and 1988. Tom LeGarde sang lead and usually did the gospel recitations. His identical twin Ted LeGarde, who died in 2018, sang flawless, pinpoint high harmony vocals. Both played guitar and were prominent ambassadors of Australian country music in Nashville.

Born March 15, 1931, the LeGardes were raised on a farm in Queensland, Australia. At age 15, they quit school and became rodeo riders. Influenced by Canada’s Wilf Carter (Montana Slim) and by their homeland’s Tex Morton, they were soon singing for the rodeo audiences, billed as “Australia’s Yodelling Stockmen.”

Tom and Ted LeGarde honed their act in Brisbane, Melbourne and Sydney. The handsome, clean-cut siblings launched their Australian recording career with a string of successful singles in 1950-57. These were in a very traditional brother-duet style and included such country standards as “They Cut Down the Old Pine Tree,” “Nobody’s Darlin’ But Mine,” “I Don’t Hurt Anymore” and “There Stands the Glass.”

They migrated to North America in 1957. Following a stint in Canada, the LeGardes landed in Hollywood. They appeared on Doye O’Dell’s Western Varieties TV shows and hosted their own TV series on KTLA in Los Angeles.

In 1958, they relocated to Nashville. The duo recorded for Dot (“Freight Train Yodel”), Liberty (“Baby Sister”) and Bel Canto (“Rock and Roll That Hula Hoop”) and made waves with their colorful costumes and stagecraft. The LeGarde Twins debuted on the Grand Ole Opry with their own tune, “Cooee Call.”

They returned to Sydney, where television and disc stardom continued in 1963-65. Three LPs were released during this period. 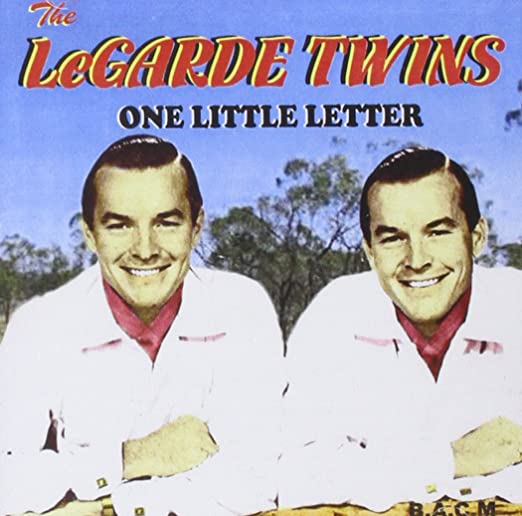 Then they returned to the U.S. and were signed to a management contract by Elvis impresario Col. Tom Parker. The LeGardes became casino stars in Las Vegas and also appeared on a 1967 episode of Star Trek portraying androids.

In 1978, The LeGardes debuted on the charts with their harmony version of the Cole Porter standard “True Love.” Their other charted titles were “I Can Almost Touch the Feelin’” (1979), “Daddy’s Makin’ Records in Nashville” (1980) and “Crocodile Man” (1988).

They became popular visitors to TNN’s Nashville Now and other TV shows. In 1987, The LeGarde Twins were honored by country Hall of Fame induction at Tamworth in Australia. During the 1980s, the brothers also became popular in Great Britain, becoming favorites at the Wembley Festival.

Funeral arrangements for Tom LeGarde have not been announced.