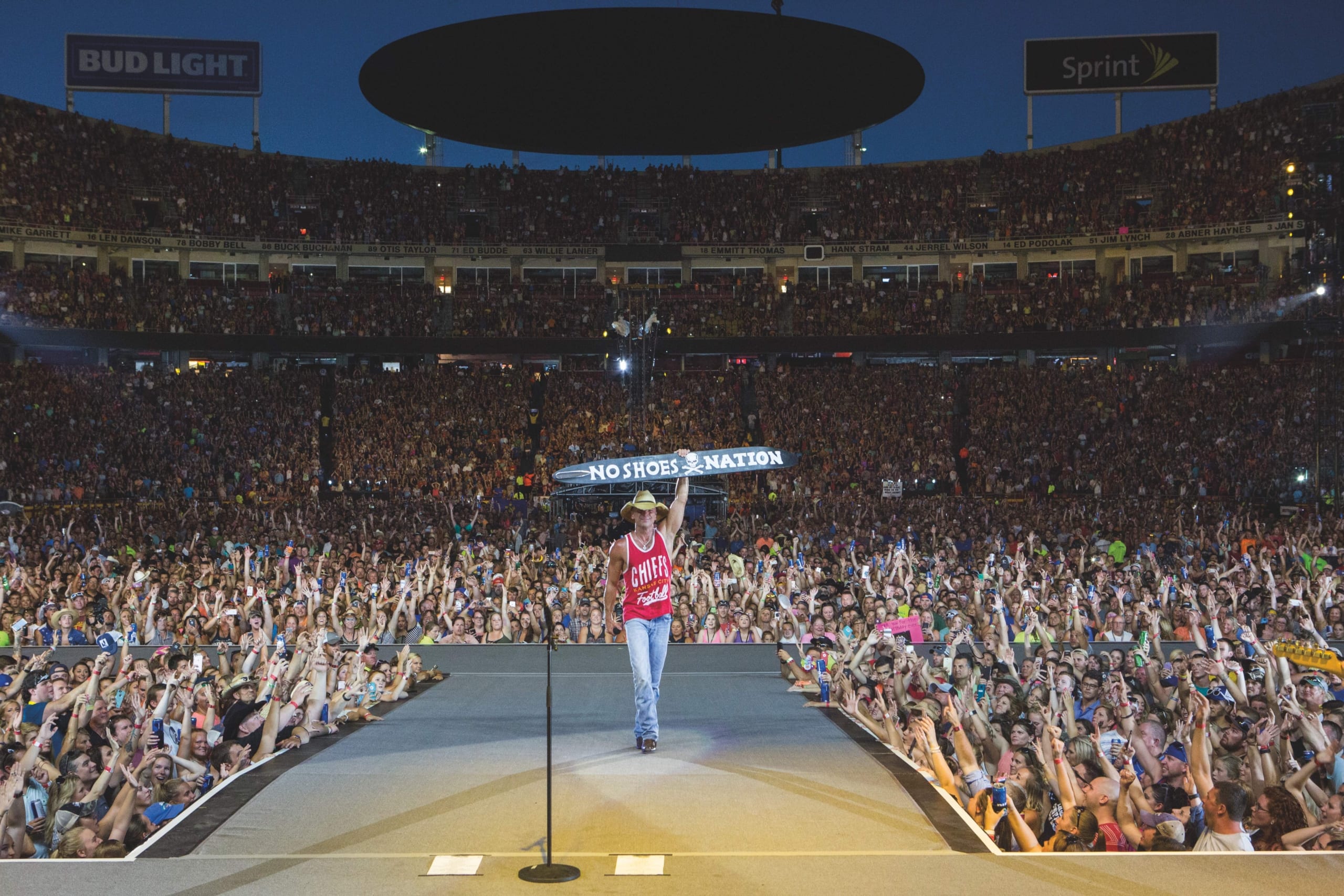 Eight-time Entertainer of the Year Kenny Chesney will finally return to the road for his Here And Now 2022 Stadium Tour.

After his 2020 tour was forced to pause because of the pandemic, Chesney held out on rescheduling due to concern about who would not be able to attend sold-out stadium shows, last minute changes in protocols and the challenges of mounting stadium-sized concerts week-after-week with shifting local crews.

“When we hit pause on our 2020 tour, I never thought we would go much past the fall, let alone into 2021,” says Chesney. “The idea that it would be three years before I would stand in the end zone of Gillette Stadium, where No Shoes Nation was born, wasn’t something any of us could conceive.

“I still can’t really believe it,” he continues. “But in the middle of all of this, I know it’s true… and I know how much I miss being out there, being in the thick of the most passionate place in the world: No Shoes Nation. Anywhere they plant their flags, bring their passion, their friends and their will to rock, it reminds me that to be in the moment is everything No Shoes Nation is about!”

At long last, the 19-date Here And Now Tour kicks off April 23 in Tampa, Florida at Raymond James Stadium and closes with two shows at at New England’s Gillette Stadium in Foxborough, Massachusetts on Aug. 26 and 27. Chesney will hit Nashville’s Nissan Stadium on May 28.

The lineup will be revealed in the coming months, and all current ticket holders remain in the seats they’ve already purchased for Here And Now 2022.