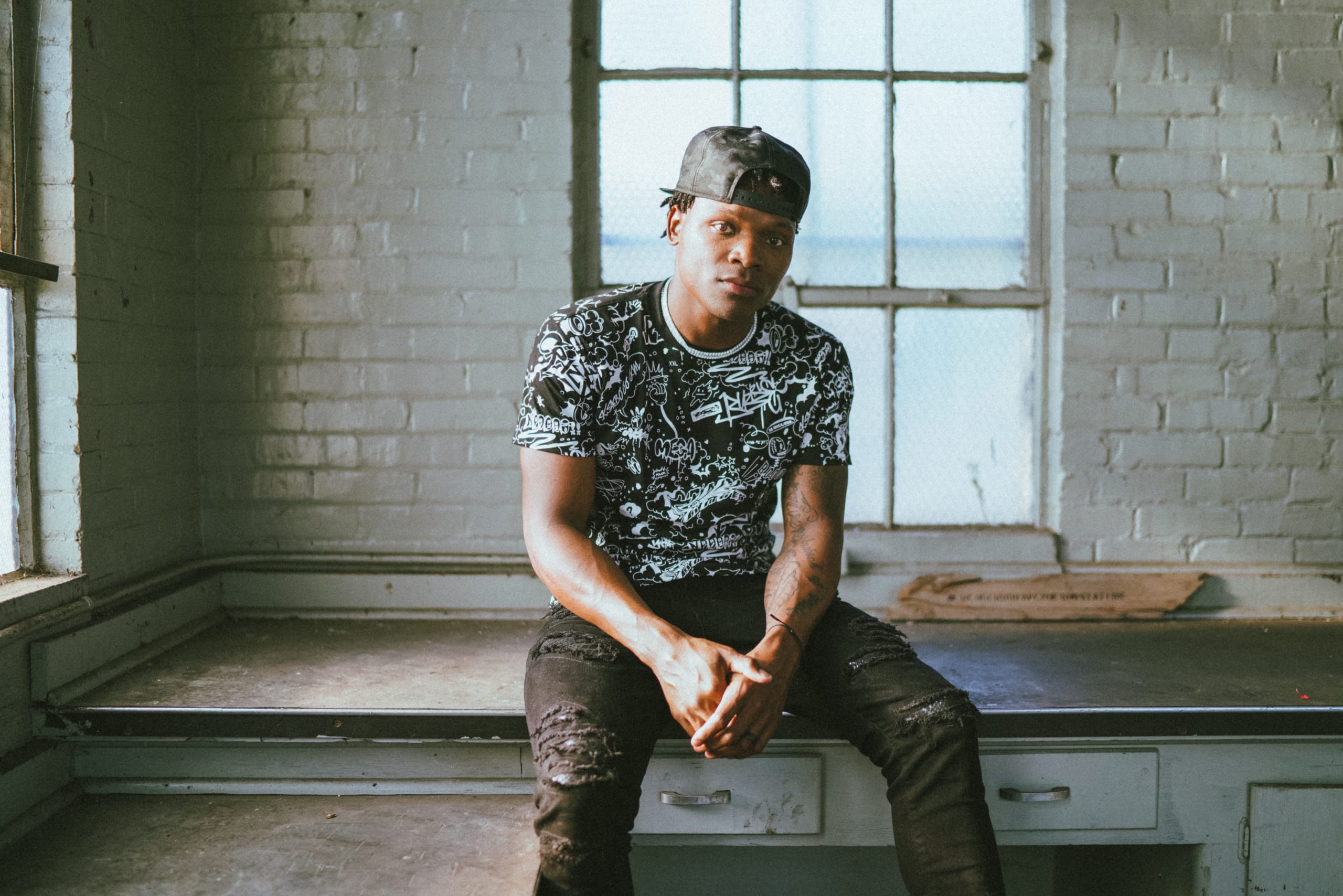 Before December of 2020, Lathan Warlick was working on the railroad in Memphis, Tennessee. Today, he’s a recording artist signed to RECORDS Nashville/Columbia Records and recently released his debut EP that was executive produced by Florida Georgia Line star Tyler Hubbard.

Warlick grew up in Jackson, Tennessee in a loving house in a rough neighborhood. Music has always been of interest to him, but it started with dancing.

“I started dancing because my neighborhood in Jackson is known for gang violence and all of that negative stuff, so I wanted to find a way to get away from that. Not all of it was bad, but the majority of my surroundings were,” Warlick says. “I wanted to do something to get away from the street life.”

Warlick started his own dance group, and won a few talent shows. After winning a competition in 2011, Warlick and his dance group went to a club to celebrate. It was there that he came face-to-face with a .45-caliber pistol.

“He was going to kill me,” Warlick says. “So I’m sitting there with my back against the wall, and I remember asking God, ‘If you’re real, can you help me out of this situation?'”

The now 32-year-old escaped death that night, but walked away with an intense sense of purpose. “After that moment, I had a feeling of wanting to do something deeper, I wanted to do something more.

“I started getting in church and connecting with God more then. He gave me the vision of ‘God, love and unity,'” Warlick says of the motto running through his artistry.

The ever-impressive Warlick transitioned to music after getting into spoken word. With encouragement from friends and family, he started sharing his musical gifts on TikTok—Musical.ly at the time. He posted videos of himself on his iPhone in his car, adding his own rap verses to popular songs like “Holy” by Justin Bieber, “The Box” by Roddy Ricch, “Memories” by Maroon 5, “Hello” by Adele, and “You Say” by Lauren Daigle.

It took a while for the hip-hop fan to make videos with other genres, but when he did, his career took off. He now boasts 1.4 million followers on the platform.

“Once I got out of my comfort zone, I loved it,” Warlick says. “I would take the instrumental and connect it to the chorus part of the song, and just freestyle over the instrumental [in the verse].”

Eventually, his videos caught the attention of country singer Granger Smith, who asked Warlick to add a rap verse to his song “That’s Why I Love Dirt Roads.” The collaboration was Warlick’s first taste of country music.

“Growing up where I grew up, [country music] just wasn’t something that was taught or listened to.”

In April, Warlick released his My Way EP, featuring an array of country music artists on songs like “Over Yonder” with Matt Stell, “Roots” with RaeLynn, and title track, “My Way,” with Hubbard. Other collaborators on My Way include Lauren Alaina, Russell Dickerson, High Valley and Dustin Lynch.

Warlick was introduced to Hubbard—who went on the executive produce My Way—via RaeLynn.

“We made the song ‘Roots,’ and she sent it to Tyler and Tyler was like ‘I gotta work with this Lathan guy,'” Warlick says. “Tyler’s been teaching me so much. He connected all of the dots.”

Ultimately, it’s very important to Warlick to use his music to promote a message of unity in today’s turbulent times.

“My mission is God, love and unity. I want to bring unity to the world so bad. There’s enough negativity going on in the world today, I want to be the person that’s going to stand in the light. It shows people that if we come together, we can’t fall.”

Warlick’s mission can be distinctly heard in his genre-bending EP, My Way, available now.