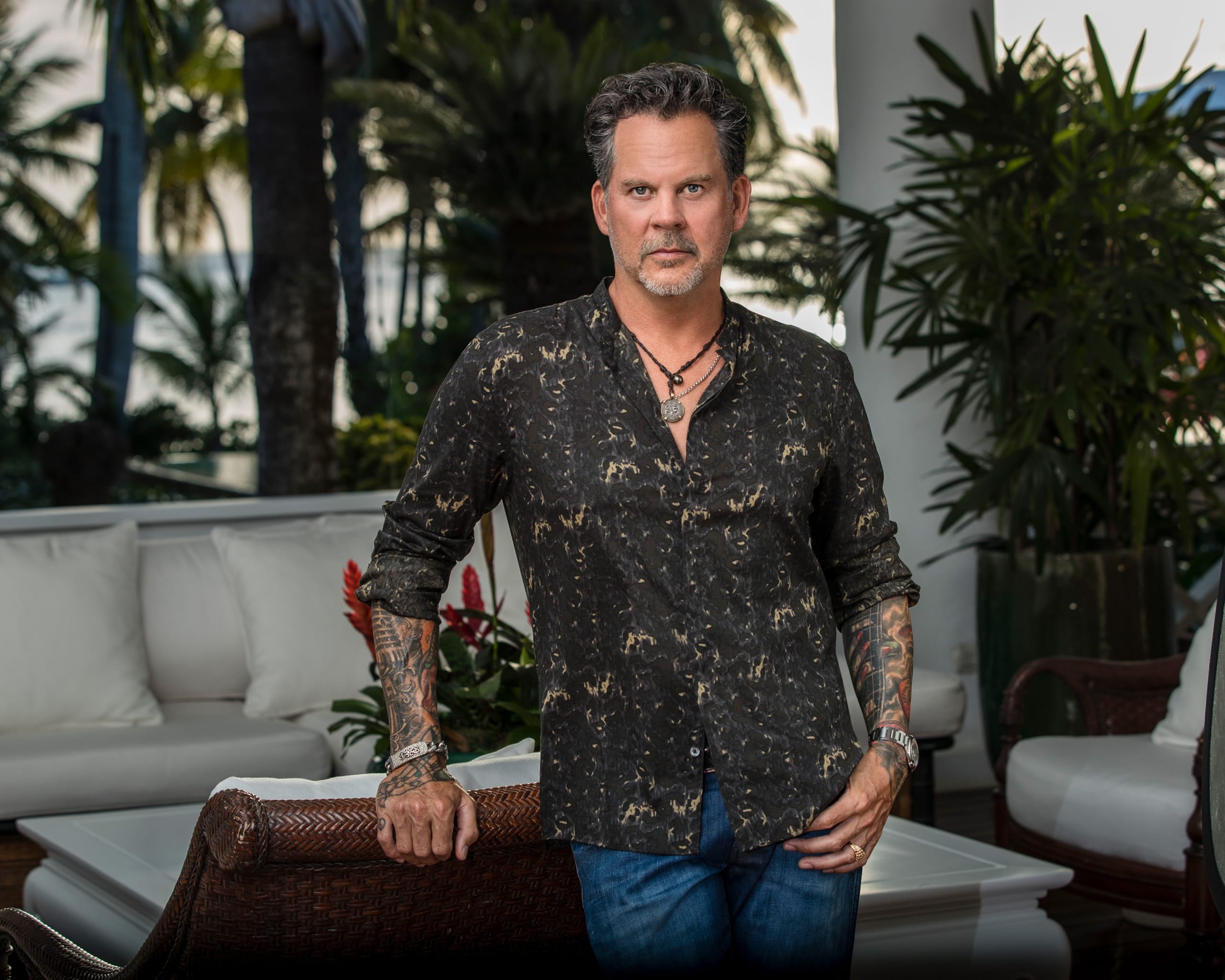 The 13-track project finds Allan tapping into the eclectic and tender-hearted themes ever-present in his prior releases, and settling into his ‘80s and ‘90s influences. He co-produced Ruthless with some of the minds behind his acclaimed breakout album Smoke Rings In The Dark, Mark Wright and Tony Brown, in addition to Jay Joyce and Greg Droman. 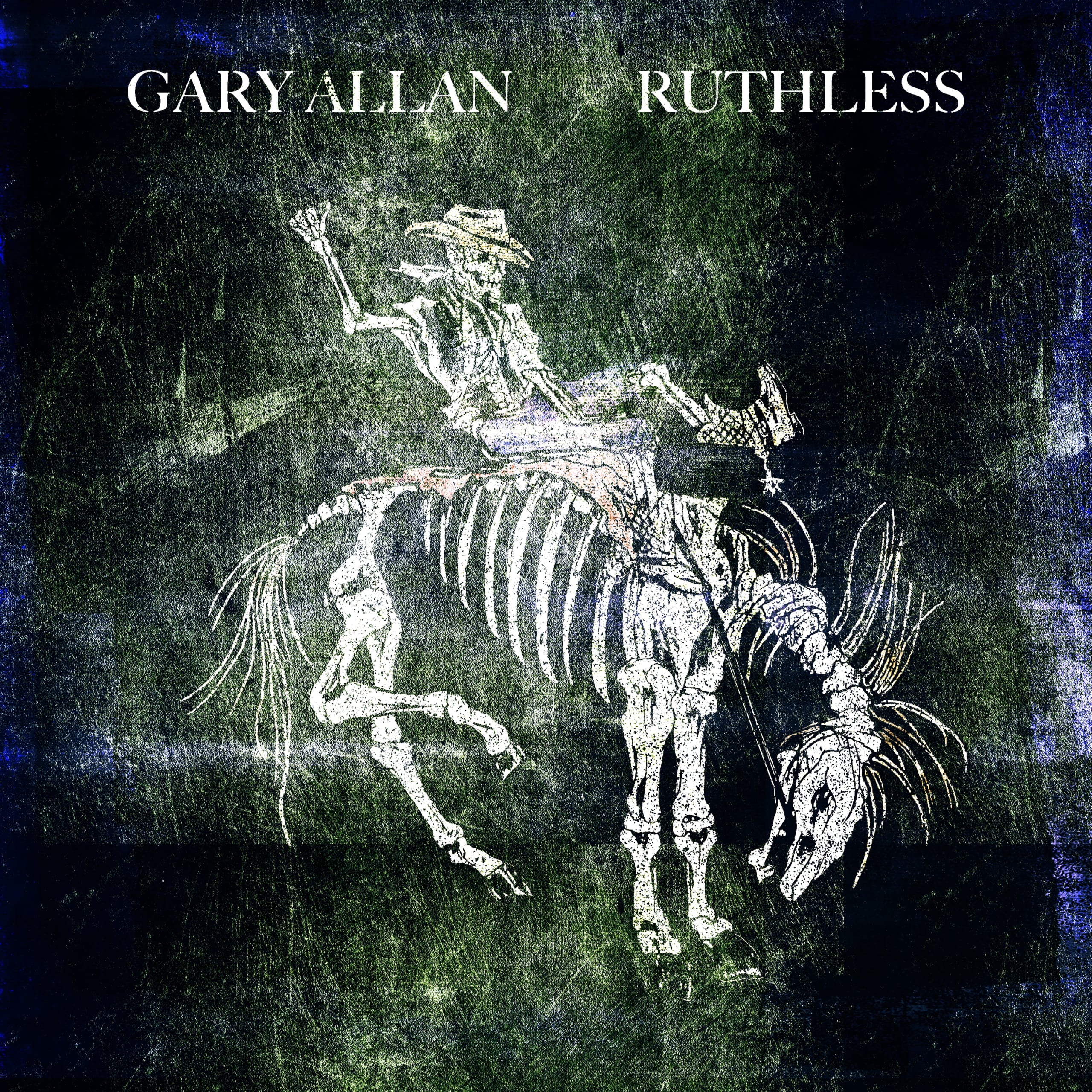 MusicRow: The first thing I noticed about Ruthless is there’s a lot of outside cuts, with 12 of the 13 songs. When did you start collecting these songs?

Allan: I have been collecting these songs over the past eight years. The album is an accumulation of three separate projects. One I did with my engineer Greg Droman and my road band–that’s like the “Little Glass of Wine” and “What I Can’t Talk About.” I did another project with Jay Joyce and the label didn’t really hear it. That was right in the middle of the “bro country” thing. We all decided we should just drag our feet until this goes away a little bit. And then the third time we did it was when I felt that ’90s trend coming back. I thought, let’s go get the whole crew that played on the Smoke Rings In The Dark album, and I’ll get Tony Brown and Mark Wright, and that was where these last batch came from.

The cool thing is I had eight years of songs that I had collected and you’re right, it’s probably the least [amount of songs I’ve co-written that] I’ve ever had on the record, but I just tried to be honest with myself. I wore out all those songs if my house, and those were the 13 that spoke to me the most.

“Waste of A Whiskey Drink” is the leading single for the project. What compelled you to this song when you heard it?

It’s tongue-in-cheek, it just made smile. I think we’ve all sat down at a bar with somebody and said, “Man, you don’t want none of that. That’s a waste of a whiskey drink and a big heartache coming if you get involved.”

Speaking on heartache, you have mastered that over the years with some of your biggest songs telling the story of heartache or love gone wrong (see “Watching Airplanes,” “Life Ain’t Always Beautiful,” “Best I Ever Had”). Do you feel like that’s what you’re known for now?

Yeah, that’s all my favorite stuff. I’ve been called the master of misery and there are all kinds of quotes from different magazines about my writing. With “Every Storm (Runs Out of Rain)” I learned from Hillary [Lindsey] how you can write a sad song but still write every line to be positive. But sad songs have always been my favorite stuff. I’ve always loved the “He Stopped Loving Her Today” and the album cuts on records. Even my favorite artists [put out a lot of sad songs.] I have always been blown away that [artists like] Merle Haggard weren’t playing the AT&T Center.

I’ve always viewed myself as like the guy in the bar or part of the bar band because that’s always been my favorite stuff. For instance, “A Little Glass Of Wine,” is an old Jesse Winchester song. I got turned onto him by songwriters Odie Blackmon and Jamie O’Hara. Jamie use to tell me that was his all-time favorite writer and that made me go and buy all of his stuff.

“What I Can’t Talk About” has such a great lyric. “That’s why I sing about what I can’t talk about.” What was your reaction when you heard that hook?

I thought that was my next big single. I cut that eight years ago. When you go in and you cut in the studio, in your head, you have the two or three songs that are the singles. I was so confident that I started cutting songs like “Little Glass Of Wine.” When I turned it in, they were like, “Man, I just think that’s too negative.” In hindsight, that was the beginning of the “bro country” thing. My manager talked to me about this a little bit. He said, “We just didn’t feel like you were going to fit into the current format, so eventually we started just dragging our feet.”

You are a co-writer on “Pretty Damn Close.” Tell me about writing that one.

To me it’s like a George Strait song. That’s all I heard when we were writing it and that’s all I hear still when I listen to it. That “Something about her spinning around with the glitter in her hair,” just feels super ’80s and ’90s. I missed that. I miss writing with guitars. To me, that’s my favorite part about the ’90s sounds is the melodies and I think that’s what we’re lacking most right now.

Why did Ruthless stick out as the track from which you should title this project?

For me, I’m still a little kid looking at the shelf. So I always try to think of what looks cool on the shelf, so “Gary Allan – Ruthless” says “He’s gonna be here no matter what, he’s going to make it through this.”

You’re celebrating the release of Ruthless with a special performance tonight (June 25) at Assembly Hall in Fifth + Broadway. Have you gotten to play much recently now that the pandemic restrictions are lifting?

This will be my fifth show back. We had 462 days between shows, not that I was counting. It feels so good to be back.

It’s been 25 years since your first album Used Heart For Sale. What are some of the biggest things you’ve learned about yourself since then?

Just do what you do. That’s probably the hardest thing about being around for a long time is not to get jaded every time it takes a left turn. Even if you think [what the music industry is doing] sucks, you can’t go, “This sucks.” You have to go, “How do I sit in this?” I had the hardest time with the “bro country” thing, I didn’t like it. I didn’t understand it. But what I learned the most is don’t let other people define what you’re good at, what you’re awesome at, or what you feel good about. Just go do your thing and let the chips fall.