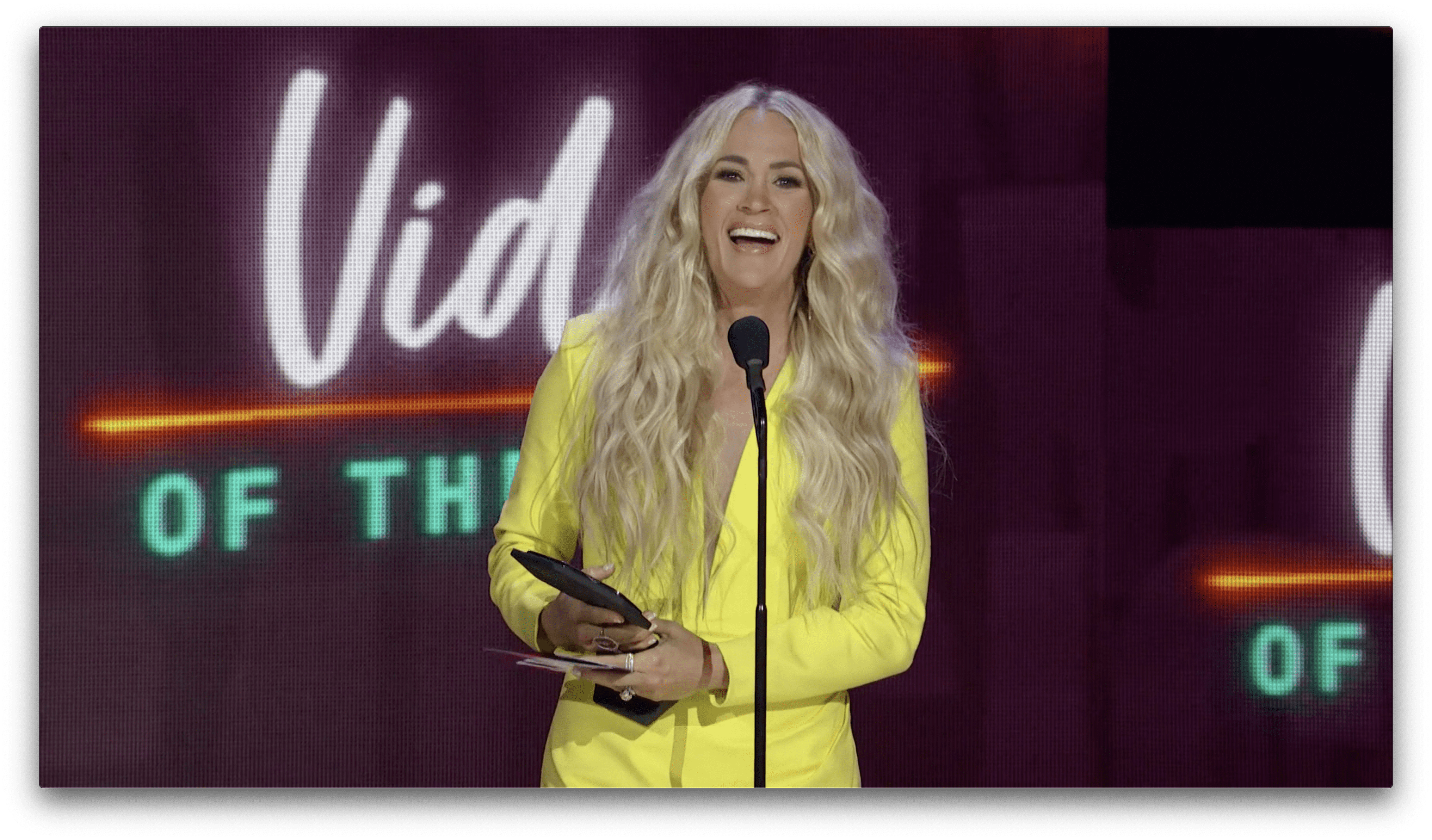 Carrie Underwood wins Video of the Year at the 2021 CMT Music Awards.

Last night (June 9) the 2021 CMT Music Awards were held live at the Bridgestone Arena in Nashville. Hosted by Kelsea Ballerini and Kane Brown, the show included its traditional array of awards and an impressive lineup of performers and collaborations.

After winning the award for Video of the Year, the biggest honor of the night, Carrie Underwood maintained her position of most decorated artist in CMT Music Awards history with a whopping 23 career wins. Curb Records recording artist Dylan Scott won Breakthrough Video Of The Year for his music video for “Nobody,” his first CMT Award. 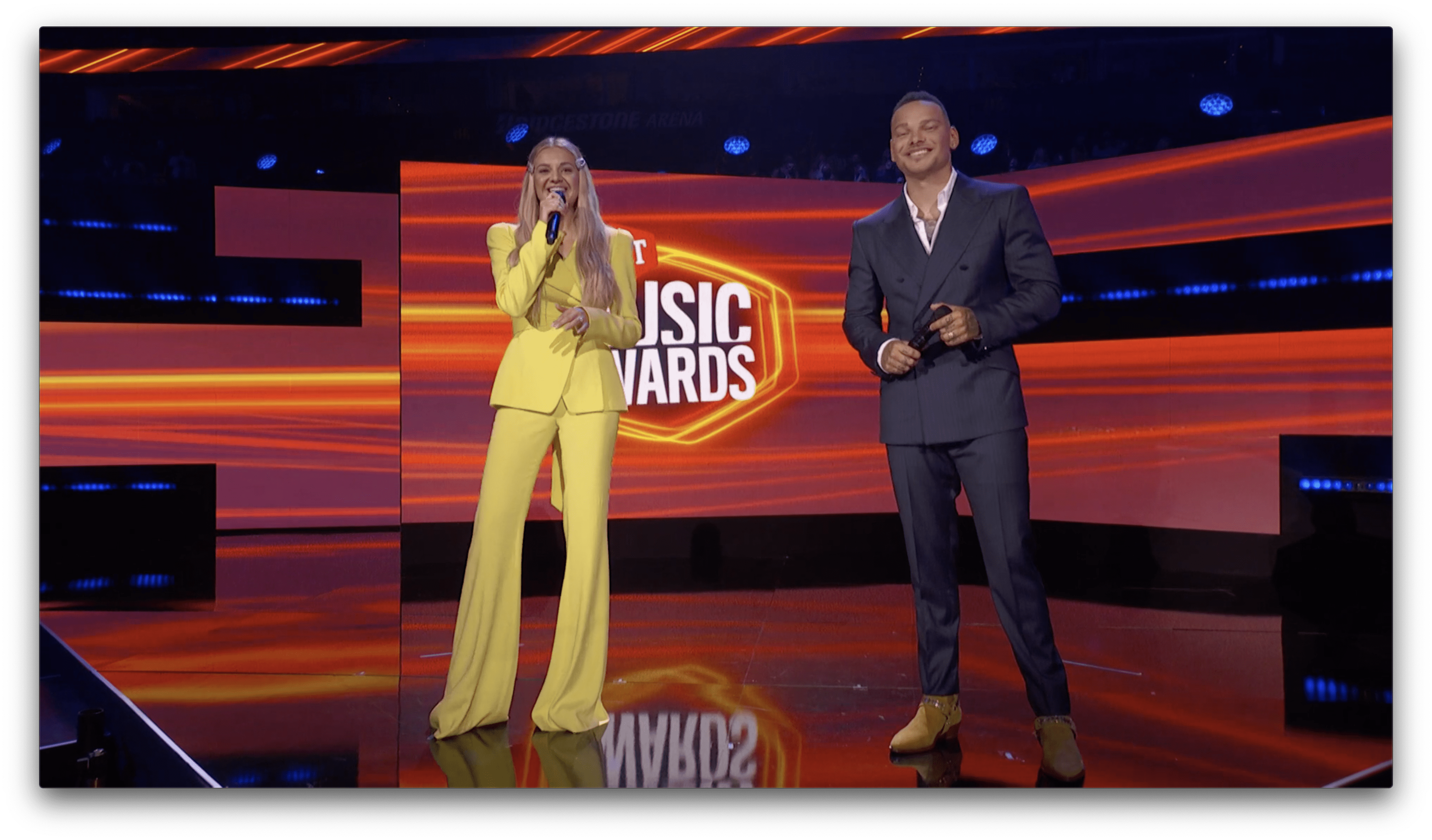 Hosts Brown and Ballerini both walked away with CMT trophies, Ballerini for her her performance of “The Other Girl” at the 2020 CMT Music Awards with Halsey. Brown took home Male Video Of The Year for “Worship You,” as well as Collaborative Video Of The Year with Chris Young for “Famous Friends.” For a full list of winners, click here.

The CMT Equal Play Award was presented to Linda Martell. The trailblazer was honored with a reel of her story and role in music history as the first Black female solo country artist to perform on the Grand Ole Opry stage along with a slew of her additional career achievements. 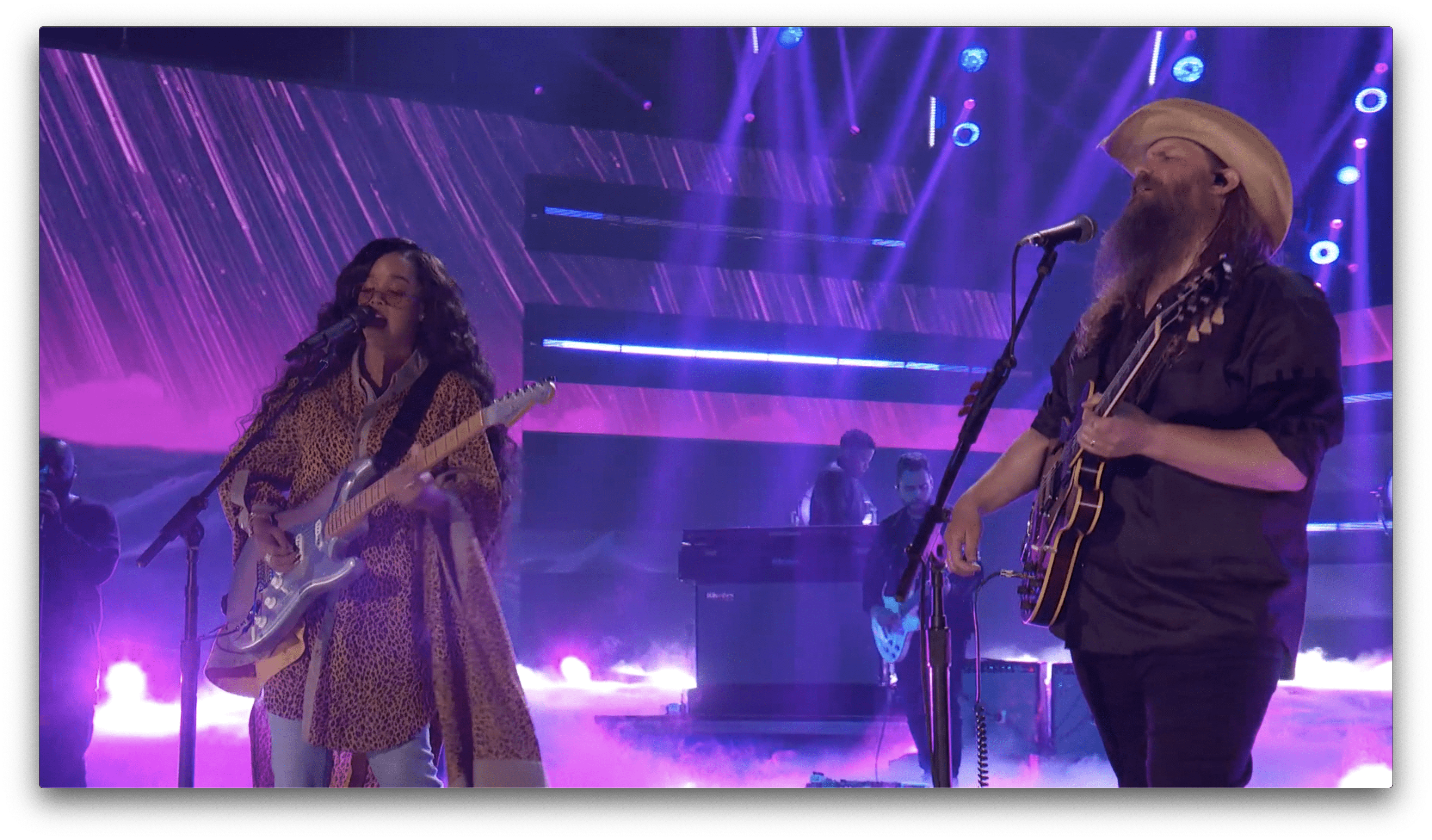 Chris Stapleton and H.E.R. perform “Hold On” at the 2021 CMT Music Awards.

Among the performers who took the stage last night were impressive collaborations like country crooner Chris Stapleton and soulful singer H.E.R.’s jaw dropping rendition of “Hold On;” Underwood and Needtobreathe delivering their recent track “I Wanna Remember;” Miranda Lambert, Jon Randall, and Jack Ingram teaming up to perform a stripped down version of “Tequila Does;” and Ballerini with Paul Klein (LANY) debuting their brand new song “I Quit Drinking.”

Lady A, Carly Pearce, Lindsay Ell, and a full spread of female band members opened up the show with their powerhouse anthem “Lady” while Mickey Guyton, Breland, and Gladys Knight joined forces for a medley of “Cross Country” and The Temptations 1970 song “Friendship Train.” 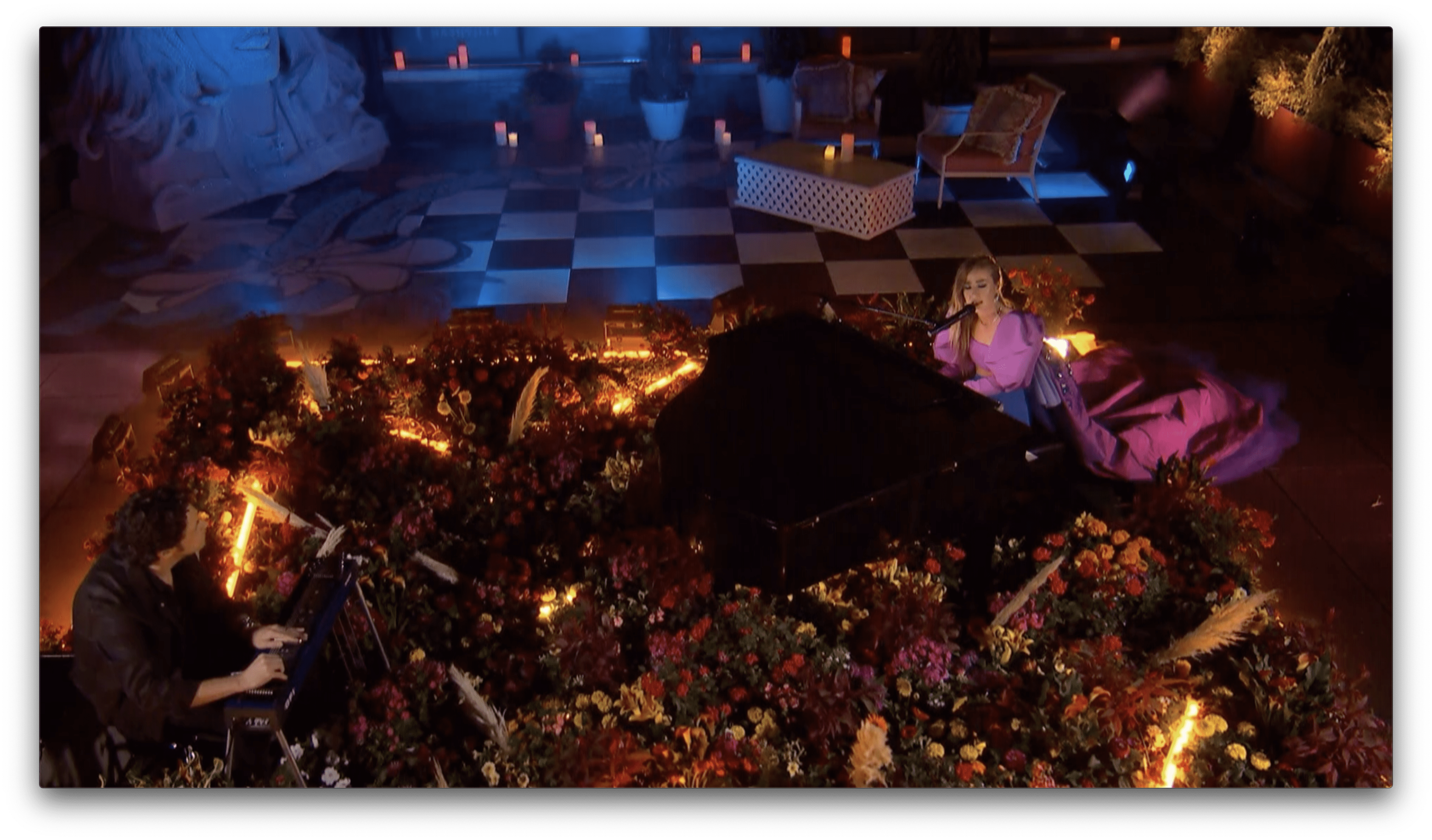 Ingrid Andress performs “Lady Like” at the 2021 CMT Music Awards.

Ingrid Andress performed her hit song “Lady Like,” and also lended her vocals on “Like That” with JP Saxe; Lauren Alaina and Jon Pardi took the stage to perform “Getting Over Him;” Brothers Osborne and Dierks Bentley sang “Lighten Up” from the Bonaroo Farm; and Brown and Chris Young closed out the night with “Famous Friends.” Luke Combs (“Cold As You”), Luke Bryan (“Down To One”), and Thomas Rhett (“Country Again”) also gave solo performances throughout the night.