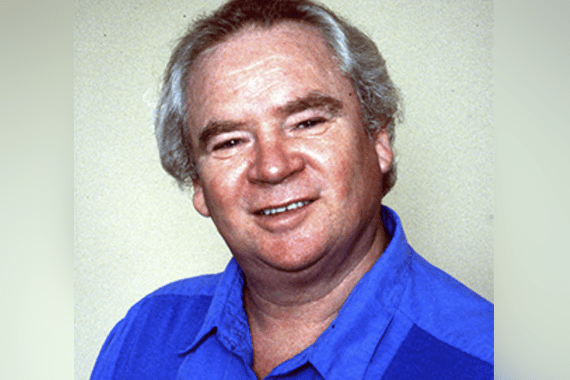 Nashville Songwriters Hall of Fame member Dewayne Blackwell passed away on Sunday (May 23) at age 84.

Blackwell was noted in Nashville for such hits as “Friends in Low Places,” “I’m Gonna Hire a Wino to Decorate Our Home,” “Honkytonk Man” and other country hits. He began his career in pop music as the writer of the classic “Mr. Blue.”

Born in Corpus Christi, Texas, Dewayne Blackwell migrated with his family to California when he was a boy. His parents were Dust Bowl “Okies.” He was one of eight children who labored alongside them as an itinerant crop picker. The family lived in shanty towns with Latino agricultural workers, which sparked Blackwell’s lifelong interest in Mexico.

His father was a fiddler and guitarist who played for square dances. Blackwell and his younger brother began playing in California bars when he was 14.

After dropping out of high school, Dewayne Blackwell moved to Alaska, where he worked as a stevedore and longshoreman. This is when he began writing songs.

Back in California, he performed and recorded with his family trio The Blackwells in 1958-61. The group’s final single was produced by the legendary Phil Spector. The Blackwells folded when brother Ron Blackwell died in a motorcycle accident. (Ron had posthumous success as the writer of “Lil’ Red Riding Hood,” a 1966 smash for Sam the Sham & The Pharaohs).

Dewayne Blackwell’s first songwriting success occurred when the teen-idol pop trio The Fleetwoods recorded his “Mr. Blue” in 1959. It became a million-selling No. 1 smash that was later recorded by such artists as Bobby Vee, Johnny Crawford, Bobby Vinton, Pat Boone, Gary Lewis & The Playboys, Garth Brooks and Bob Dylan.

The Fleetwoods also recorded the songwriter’s “The Last One to Know” (1960). His other pop successes during this early phase of his career included British star Billy Fury’s “Love Or Money” (1961), The Everly Brothers’ “The Ferris Wheel” (1964), Bobby Vee’s “Hickory, Dick and Dock” (1964) and Sam the Sham & The Pharaohs’ “Oh That’s Bad No That’s Good” (1967). His songs were also recorded by Roy Orbison, The Four Preps, Peggy March, Little Richard, The Ventures and other ‘60s pop artists.

Dewayne Blackwell’s first charting country song was 1970’s “Mama Come’n Get Your Baby Boy,” recorded by Johnny Darrell. In 1974, he recorded as a solo artist. But Blackwell’s country songwriting career did not achieve real notoriety until the following decade.

Sometimes co-writing with Larry Bastian, Earl Bud Lee and a few others, he had a solid string of country successes between 1982 and 1992. These included the No. 1 David Frizzell hit “I’m Gonna Hire a Wino” (1982), which was nominated for a songwriting Grammy Award. Other top-10 tunes included “Honkytonk Man” (1982) by Marty Robbins (the title song of a Clint Eastwood movie) and “Saturday Night Special” (1988) by Conway Twitty.

In 1990, Garth Brooks scored the biggest hit of his career with Blackwell and Lee’s “Friends in Low Places.” It was named Single of the Year by both the CMA and the ACM, was nominated for a Grammy and was crowned ASCAP’s Country Song of the Year in 1991.

In 2003, the songwriter retired to Ajijic, a town on the shores of Lake Chapala in central Mexico. The following year, he opened his restaurant Senor Azul (Mr. Blue) there.

Dewayne Blackwell was inducted into the Nashville Songwriters Hall of Fame in 2017. His death was confirmed by Wikipedia yesterday.