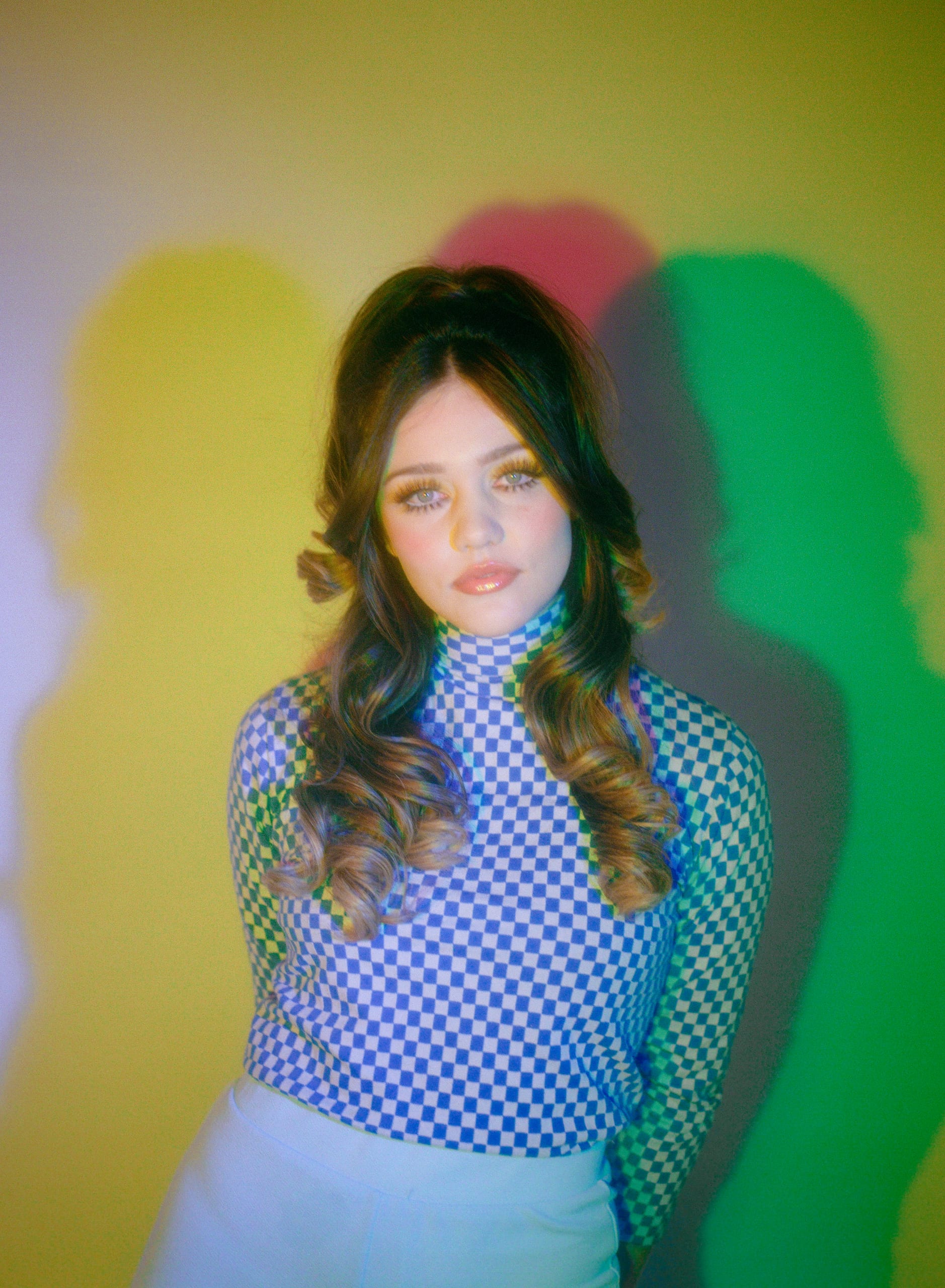 The singer-songwriter grew up near Nashville enthralled by music. In the first grade her parents enrolled in piano lessons, which she would continue for the next 12 years. She eventually also ventured into musical theater, voice lessons and choir. She starting writing songs in early middle school and started recording her own demos on GarageBand in high school.

When it came time for college, Madigan decided to study audio production at Middle Tennessee State University. While in college she refined her songwriting, singing, and production skills, and went on to write and record an entire album which was released in January of 2020. She has since had her songs featured in The Chilling Adventures of Sabrina, The Young and The Restless, and more.

Madigan is the only female non-country songwriter signed to Nashville’s Endurance Music Group (Jimmie Allen, Matt Stell), and she just aligned with ASCAP.

“I love being the only pop act at Endurance,” Madigan says. “I feel like a big fish in a small pond. We get to have more brainstorming sessions, and everybody is just utilizing their own connections and figuring out a different way to approach things as a pop artist in Nashville.”

Her recently released EP Put the Light Back finds her communicating about love, heartbreak and personal growth with glittery pop production that has both modern and retro elements.

The title track to the EP is an ethereal track about picking yourself up after being knocked down, or, as Madigan says it, putting the light back in your eyes.

“This was the first song I wrote in quarantine and I actually feel like I was doing the best mentally that I had been in a long time. All the pressure had disappeared because we were all in this same space, so I wasn’t feeling the constant pressure of ‘I have to be productive, I have to create.’ I was going outside, taking so many walks, and just being with myself.

“For me that song is me talking to my anxiety and depression and telling them ‘You don’t get to control my life. I get to make the decision to be happy everyday. I get to have the control.’ But I wanted to write it in a way that people could listen to it and relate to it as a relationship song.”

Another track, “Happy When,” talks about savoring the moment instead of constantly focusing on the future. “I wanna get where I’m going so I can live in the moment, so I can look at my life and know that I earned it, that I deserve it,” Madigan sings.

“That’s probably the biggest thing I struggle with, and probably the source of most of my other mental health issues. This pressure that I put on myself that’s like ‘You don’t get to be content yet because you haven’t reached these milestones. You don’t get to be happy with yourself or your career or what you look like yet,'” Madigan says. “I think a little bit of that is healthy, but I never really let myself be content with my life and just soak up the beautiful moments in the present. Even though I still have goals and things I want to attain, it’s okay for me to be happy and content with the process and where I am.”

Madigan is playing Pilgrimage Festival in September, her first major festival performance. She will share the stage with Maren Morris, Cage The Elephant, Dave Matthews Band, The Black Keys, and more.

“I am so excited,” Madigan says. “Very ready, especially coming out of this past year.”