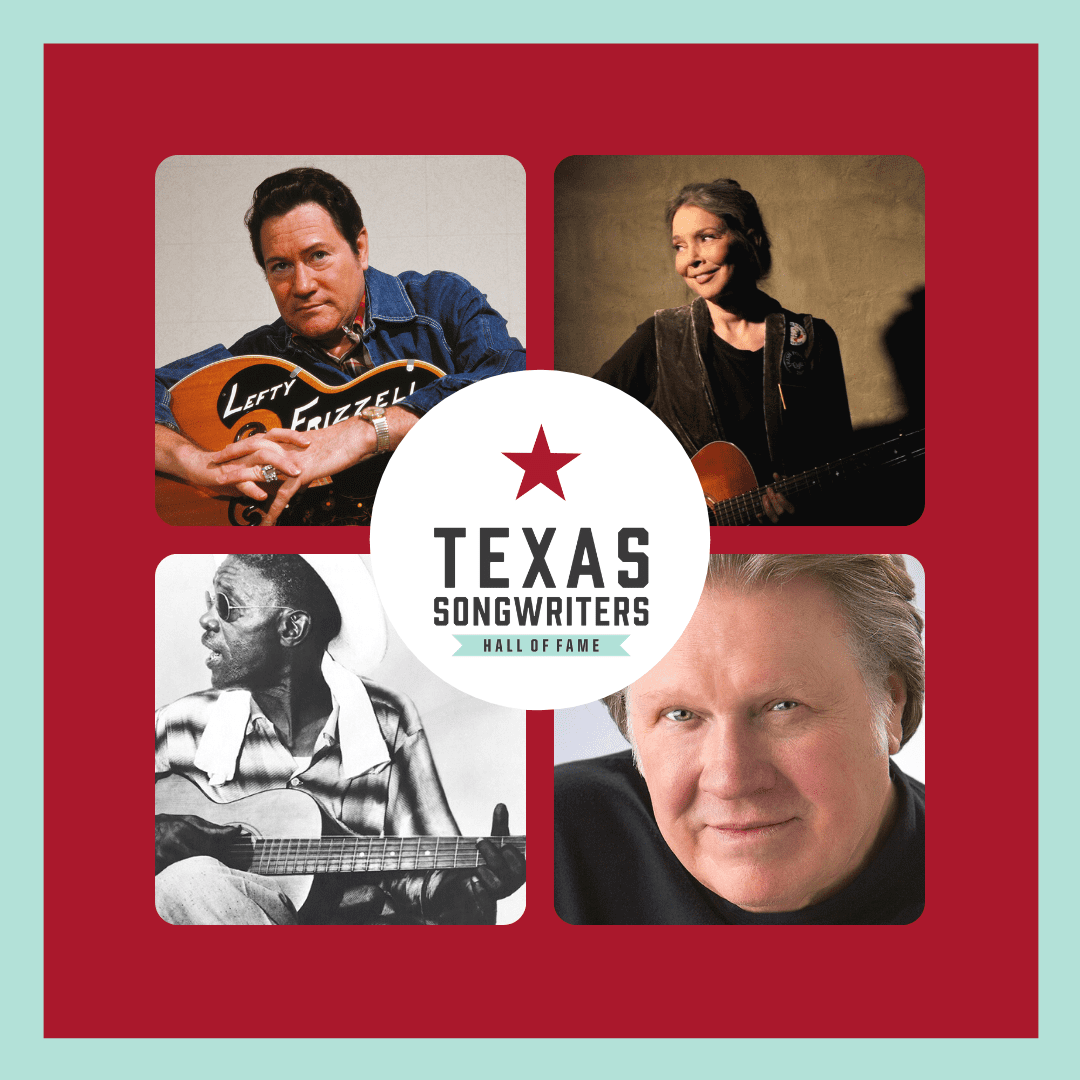 The 2022 Texas Songwriters Hall of Fame Weekend will return to Austin, February 11-12 to celebrate these inductees. A VIP sponsor-only DKR Pickin’ Party at the Bob Bullock Texas State History Museum will kick off the weekend on Friday, February 11, and Saturday’s public Hall of Fame Awards Show at the Paramount Theatre will honor and celebrate the newest class of songwriters. The weekend celebration will be packed with performances and appearances from past inductees, Grammy winners, renowned songwriters, and artists.

A Grammy-winning singer-songwriter, Griffith won Best Contemporary Folk Album for Other Voices, Other Rooms. With over twenty albums released, some of her greatest hits include Kathy Mattea’s cover of “Love at the Five and Dime” and Suzy Bogguss’ “Outbound Plane.” Griffith was awarded the Kate Wolf Memorial Award by the World Folk Music Association in 1995, and in 2008 the Americana Music Association awarded her its Lifetime Achievement Trailblazer Award.

An American country blues singer-songwriter from Centerville, Texas, Hopkins performed for over six decades, recording more albums than any other blues musician over 30 years. He scored a series of national R&B hits with “Shotgun Blues,” “Short Haired Woman,” “Abilene,” and “Big Mama Jump.” The Texas troubadour appeared in the acclaimed 1967 documentary, The Blues Accordin’ to Lightnin’ Hopkins, a tribute to his musicianship and study of the blues. In 1980, Hopkins was inducted into the Blues Foundation Hall of Fame.

James has penned hits for B.J. Thomas, Brenda Lee, and Elvis Presley, including Thomas’ “Hooked On A Feeling,” and Presley’s last U.S. No. 1 hit single, “Suspicious Minds.” A native of Houston, James’ greatest success came with “Always on My Mind,” a collaboration that won a Grammy for both Song of the Year and Best Country Song. In 2015, James was inducted into the Nashville Songwriters Hall of Fame.

A limited number of seats for the 2022 Hall of Fame Awards Show will be made available to the public, with a ticket sales date set to be announced in December.