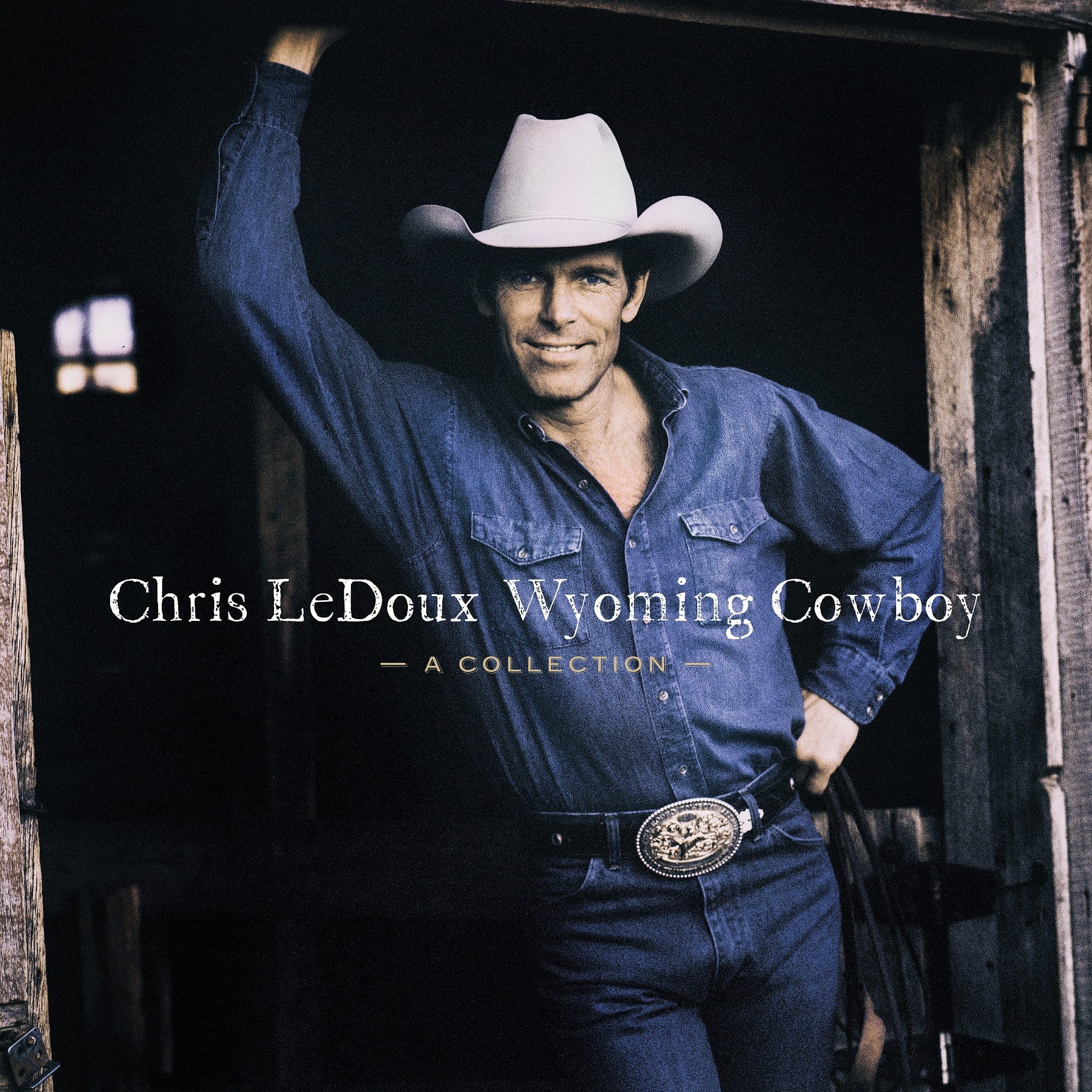 It’s been 50 years since Rodeo World Champion/entertainer Chris LeDoux first formed his own label and released his debut album, the aptly titled Songs Of Rodeo Life. In celebration of that landmark anniversary, Capitol Nashville/UMe and the Chris LeDoux Estate is releasing a new 13-song album on July 2, Wyoming Cowboy – A Collection.

The new collection compiles some of LeDoux’s most-loved songs with a handful of rarities and other studio and live gems. Assembled by LeDoux’s longtime friend/guitar player Mark Sissel, the project will be released digitally as well as on vinyl, marking the first time many of these songs released in the CD era will be available on vinyl. Two rare tracks – “Oklahoma Hospitality,” self-released in 1978 on a UK-only album and never released in the U.S., and “Album Intro,” from an equally long out-of-print 1975 record, will receive their digital debuts.

Serving as both a gift to longtime fans and an introduction to those unfamiliar with LeDoux’s music, which he dubbed a combination of “western soul, sagebrush blues, cowboy folk and rodeo rock ‘n’ roll,” Wyoming Cowboy brings together songs like “County Fair,” “Cadillac Cowboy” and the epic “This Cowboy’s Hat” from Western Underground, (his first major label album on Liberty Records in 1991,) along with “Western Skies,” “Look At You Girl,” “Hooked On An 8-Second Ride” and his top 10 country hit with Garth Brooks, “Whatcha Gonna Do With A Cowboy,” from his 1992 Gold-selling album of the same name.

The album also features LeDoux’s rollicking duet with Charlie Daniels, “Even Cowboys Like A Little Rock And Roll,” from 1993’s Under This Old Hat and originally released in a different incarnation on his 1984 album, Melodies and Memories. It also includes a special posthumous collaboration between LeDoux and his son Ned with the song “We Ain’t Got It All.” Sung and performed by Ned, the song was co-written by him and Mac McAnally using some of LeDoux’s songwriting notes, resulting in a true father-son co-write. The album ends with a live version of fan favorite “Little Long Haired Outlaw” from 1997’s Live, capturing the pyrotechnic-filled, rodeo rock and roll shows he loved to play.

“My dad’s catalog of music is timeless and includes so many great records and I love each one of em,” says Ned LeDoux. “This new collection honors the 50th anniversary of when he first started making music and is a nice snapshot of who he was and the subject matter he loved writing about – cowboys, rodeo life, true love and staying positive.”

LeDoux enjoyed a long recording run following his successful rodeo career, and by the end of the 1980s had self-released 22 albums with sales of more than a quarter of a million copies. That same year, following a name check by rising country star Garth Brooks, in which he sang, “A worn out tape of Chris LeDoux, lonely women and bad booze/Seem to be the only friends I’ve left at all,” in his first hit, “Much Too Young (To Feel This Damn Old),” LeDoux received recognition and fame well outside the rodeo world. He signed with Liberty Records and in 1991 released Western Underground. LeDoux would release another 18 albums for the labels, with sales of more than six million around the world, before succumbing to a rare form of cancer in 2005 at just 56 years old.

Cheyenne Frontier Days will celebrate LeDoux’s life and legacy at their 125th annual festival this year, which is dedicated to the legendary entertainer and rodeo world champ. The 10-day event will feature a sold-out, opening night performance by Brooks and Ned LeDoux on July 23. The festivities will kick off with the unveiling of a bronze statue of LeDoux, which will be added to the sculpture collection on Frontier Park to honor his ties to the rodeo and music worlds and his place in Cheyenne Frontier Days history. Designed by artist D. Michael Thomas, who created a similar sculpture of LeDoux for the Chris LeDoux Memorial Park in his hometown Kaycee, Wyoming, the bronze statue depicts LeDoux riding his horse Stormy Weather to the 1976 World Bareback Riding Championship, along with a guitar that sits atop an arrow shaped base representing CFD’s logo.