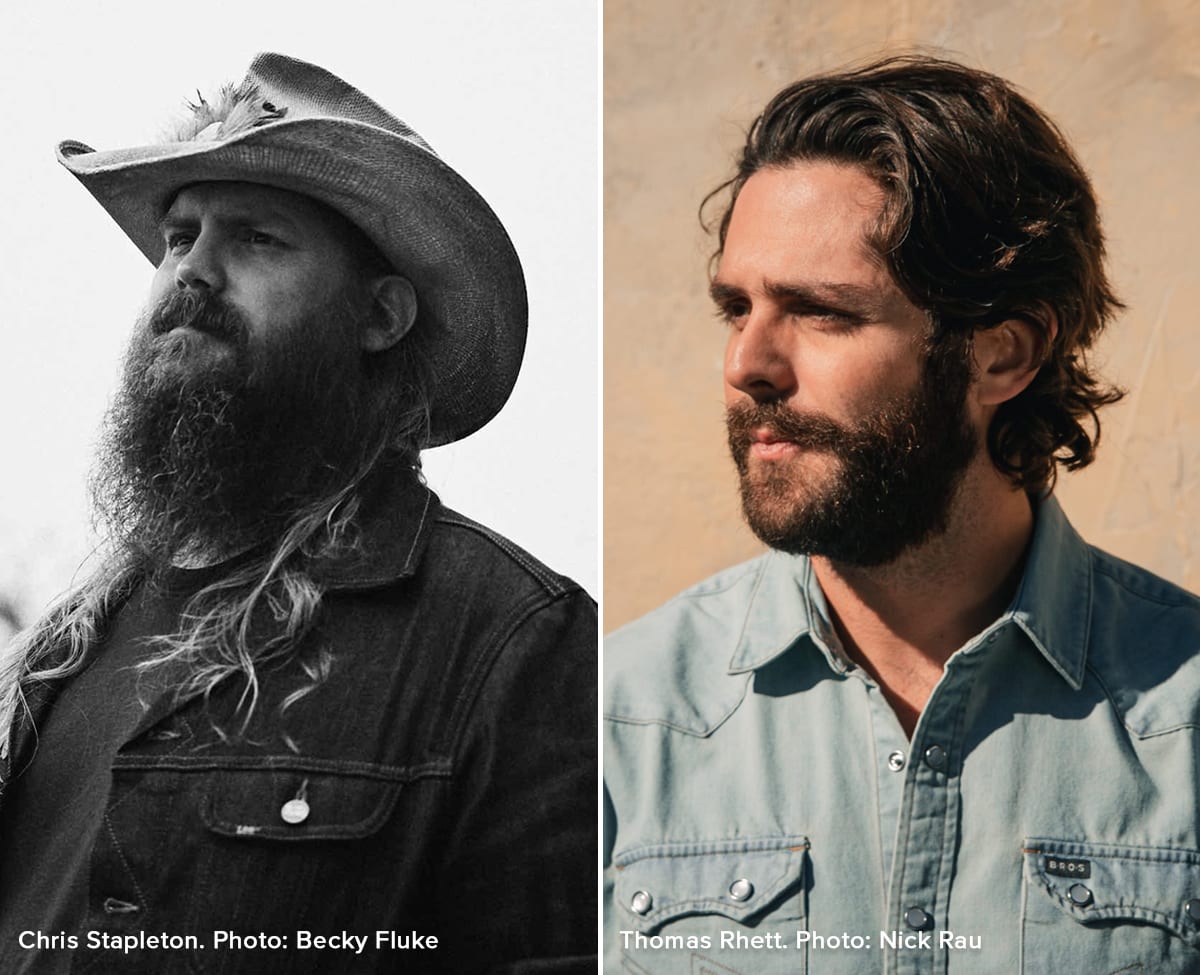 Chris Stapleton‘s latest single, “You Should Probably Leave,” is this week’s most added single on the country charts. Earning 44 new station adds on Mediabase and 9 on the  MusicRow CountryBreakout Radio Chart, the single debuted at No. 63 on MusicRow. Stapleton co-wrote the song with Ashley Gorley and Chris DuBois. It appears on his latest album Starting Over, released via Mercury Records.

“Country Again” by Thomas Rhett continues to be the highest spin gainer on the MusicRow Chart for the fifth consecutive week. In just six weeks since its debut on the chart, Rhett has risen to No. 3 with a total of 1,644 spins this week from 63 stations.