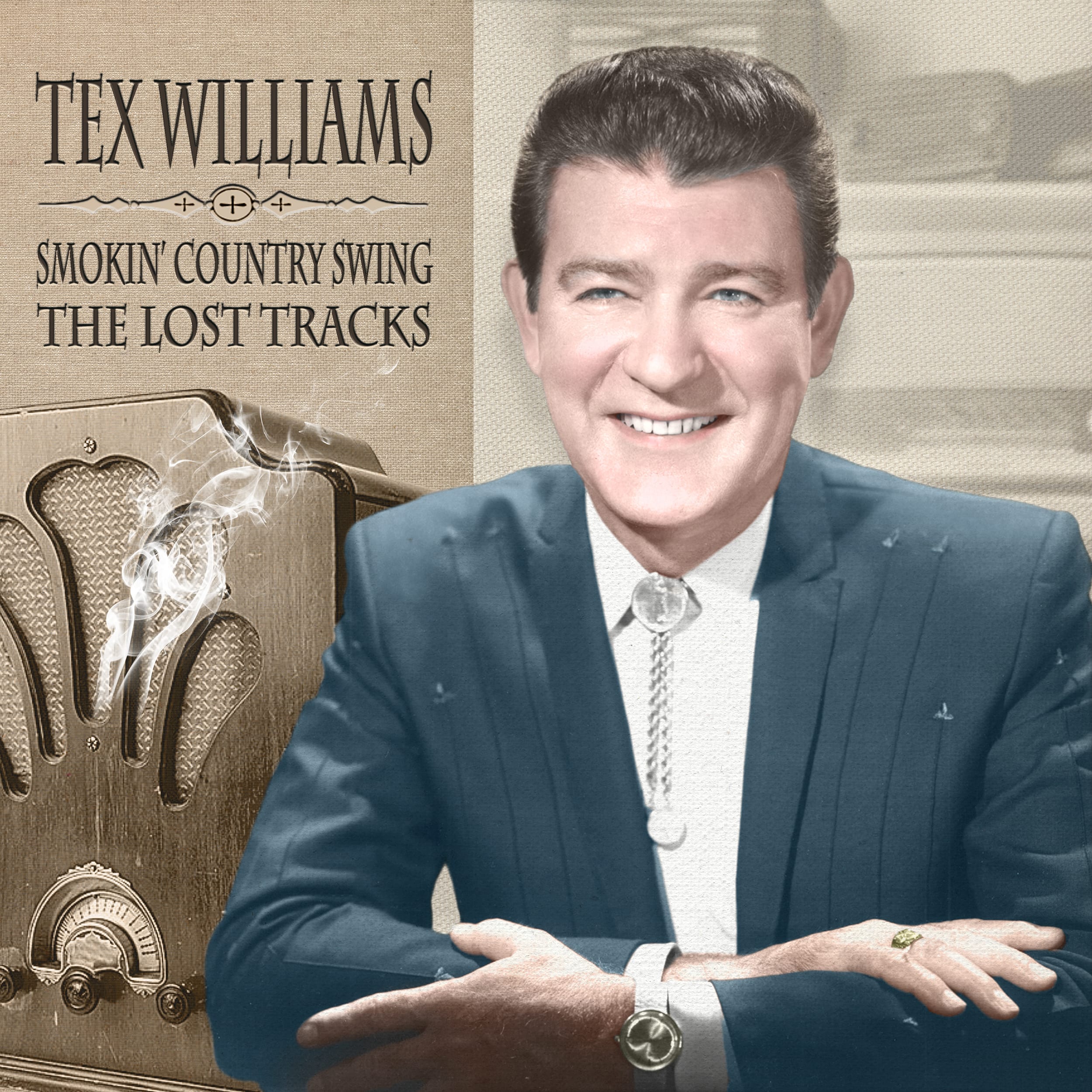 Williams was a western swing performer that helped to country music from its rural, acoustic origins to a more danceable, electrified form with a much wider popular appeal. His biggest hit was the novelty song, “Smoke! Smoke! Smoke! (That Cigarette)”, which held the No. 1 position on the Billboard charts for sixteen weeks in 1947. Williams died in 1985.

The record was co-produced by Aaron Dethrage and Rex Allen Jr. with Thomas Gramuglia as executive producer. Bil VornDick provided additional recording for the project which was recorded at EastSide Manor and Mountainside Audio Lab recording studios in Nashville and is being distributed by Select-O-Hits in both national and international markets.

“This Tex Williams’ album is a rare and special treat for the fans of Western Swing Music, by one of the genre’s greatest artist” says Gramuglia. “These lost tracks have been updated to make the album more modern sounding by adding instruments and blending it into the original recordings. This was a work of love for the musicians and producers.”