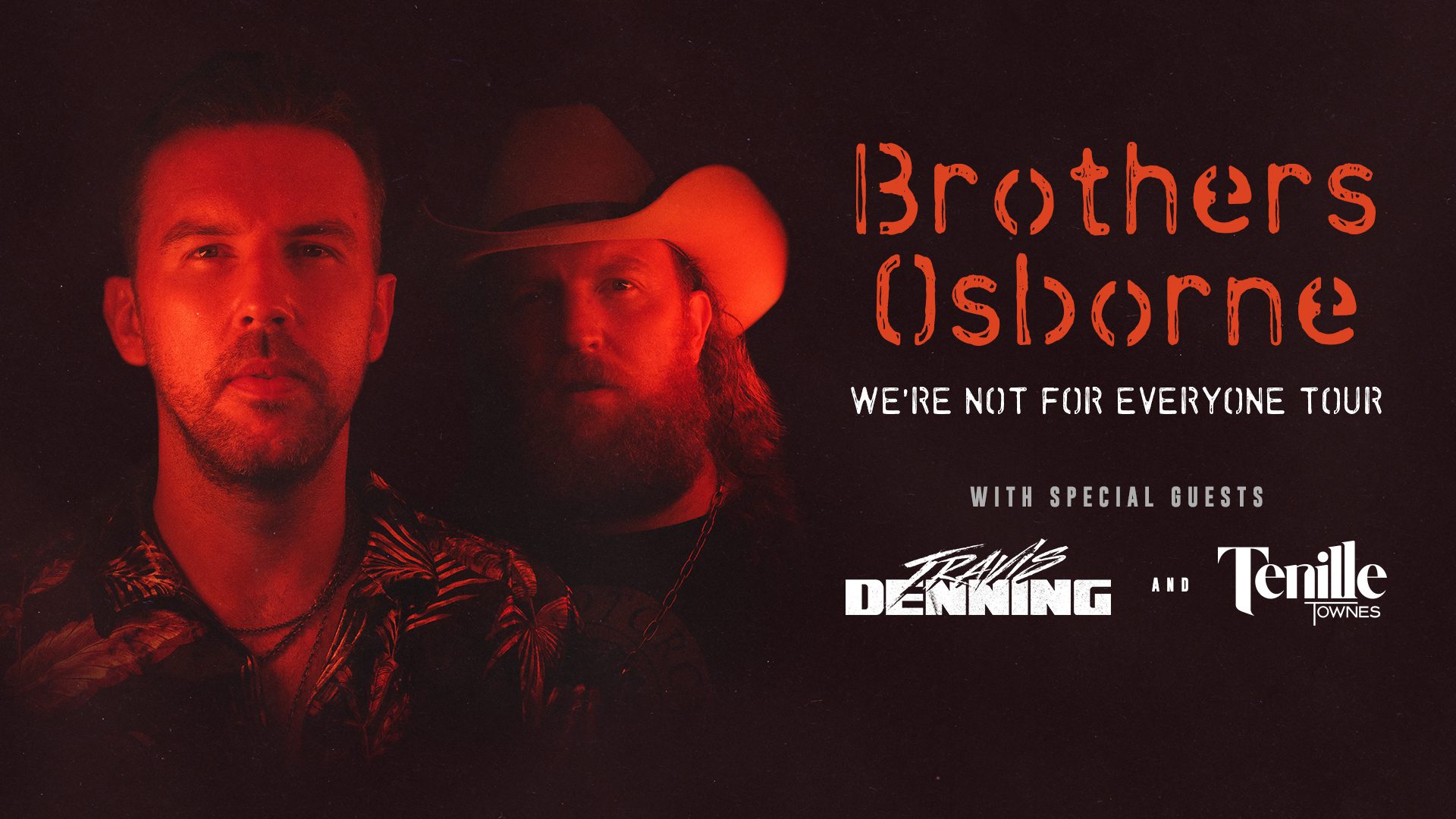 Brothers Osborne is returning to the road this summer on their recently announced headlining We’re Not For Everyone Tour, which launches in July.

The duo will hit almost 50 markets including New York, Los Angeles, Houston, Atlanta and more beginning July 29 in Philadelphia and running through November 20. Travis Denning and Tenille Townes will serve as alternating opening acts on the dates.

Fans can purchase tickets beginning next Friday, April 23 at brothersosborne.com, and special fan club presale tickets will be available to “The Family” starting 10 a.m. local time on April 20.

Tomorrow (April 16), Brothers Osborne will release a new song titled “Younger Me” written by TJ Osborne in response to the overwhelming support he received after sharing his personal coming out story. The track was produced by both TJ and John Osborne, who will perform a special version as part of a special ACM Awards bonus performance by Brothers Osborne available on Xfinity’s YouTube channel.

Nominated for Duo of the Year and Album of the Year for their third studio album, Skeletons, Brothers Osborne will perform their new single “I’m Not For Everyone” as well as “Deadman’s Curve” as part of this weekend’s ACM Awards. John and TJ will also be featured on CBS Sunday Morning with correspondent Anthony Mason detailing their upbringing in the blue-collar town of Deale, Maryland and their journey to Nashville to pursue their musical ambitions. They also discuss John’s personal battle with mental health and TJ’s recent experience publicly revealing that he is gay.