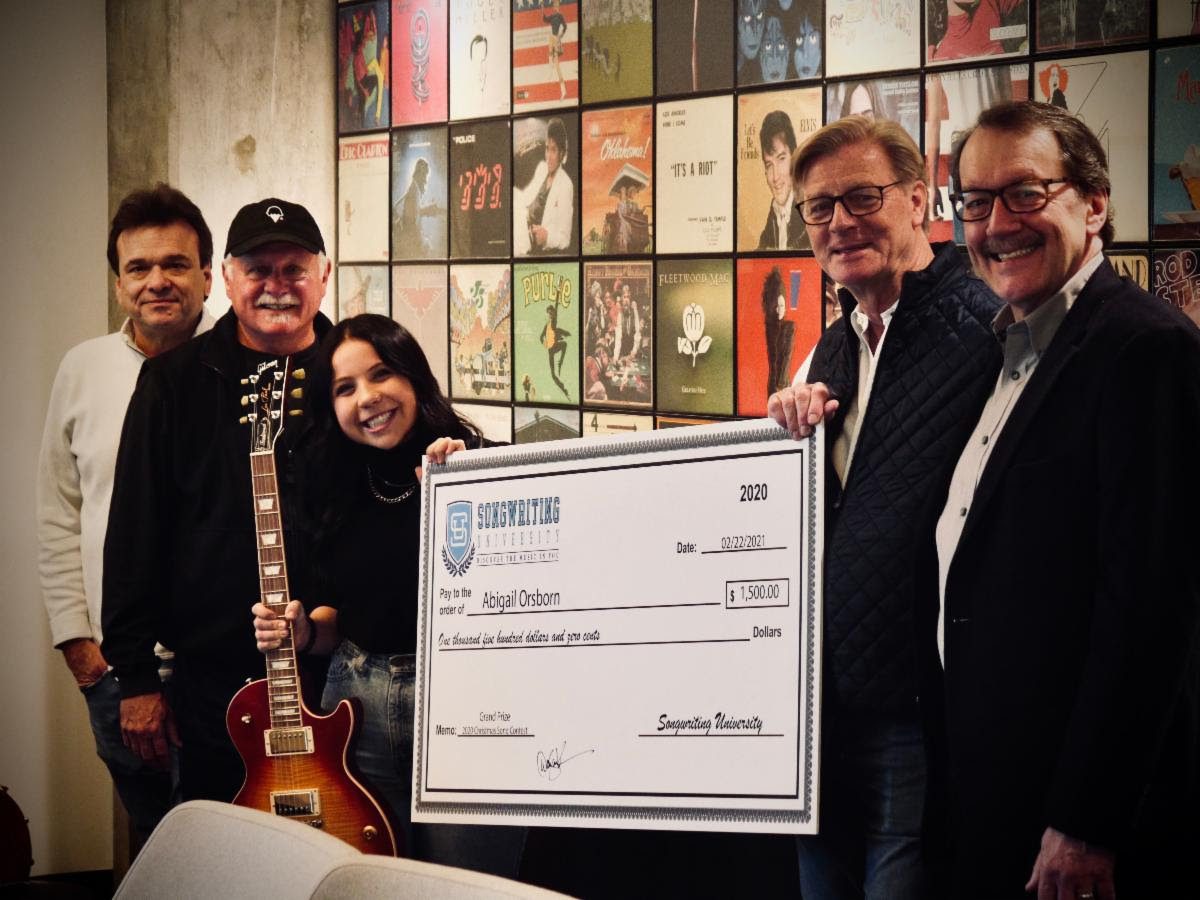 This year’s grand prize winner is Abigail Orsborn for her song, “Two Christmases.” In 2nd place, receiving $500 and a brand new Gibson Les Paul guitar is H. Jack Williams with “One Little Boy.”

The third, fourth and fifth place winners receive a two-hour songwriting session with a hit songwriter and the sixth through tenth place finalists receive a one-year subscription to SU/MasterClass.

“We were so honored to partner with Scott Hamilton and his foundation for this contest,” says Michael Blanton, one of Songwriting University’s founders. “To be able to provide some levity and light at the end of such a dark year was an honor and a testament to the healing power of song.”

SU provided a distinguished panel of songwriters, artists, producers and music professionals to select the 10 finalists who were awarded thousands of dollars in cash and prizes, including a check for $1,500 in addition to the Gibson Les Paul guitar for the grand prize winner.

Other finalists include:
3rd – “The Only Thing I Want More” by Cam Monroe
4th – “Why Christmastime” by Derek Toomey
5th – “Angels In the Snow” by Julie Broschard
6th – “A Much More Silent Night” by Lori Lee Loving
7th – “Peace for Your Christmastime” by David Powers
8th – “Highly Favored” by Dave Lemieux
9th – “It’s a Santa Claus Thing” by Darrell John
10th – “Christmas Cookies” by Jennifer Smestad