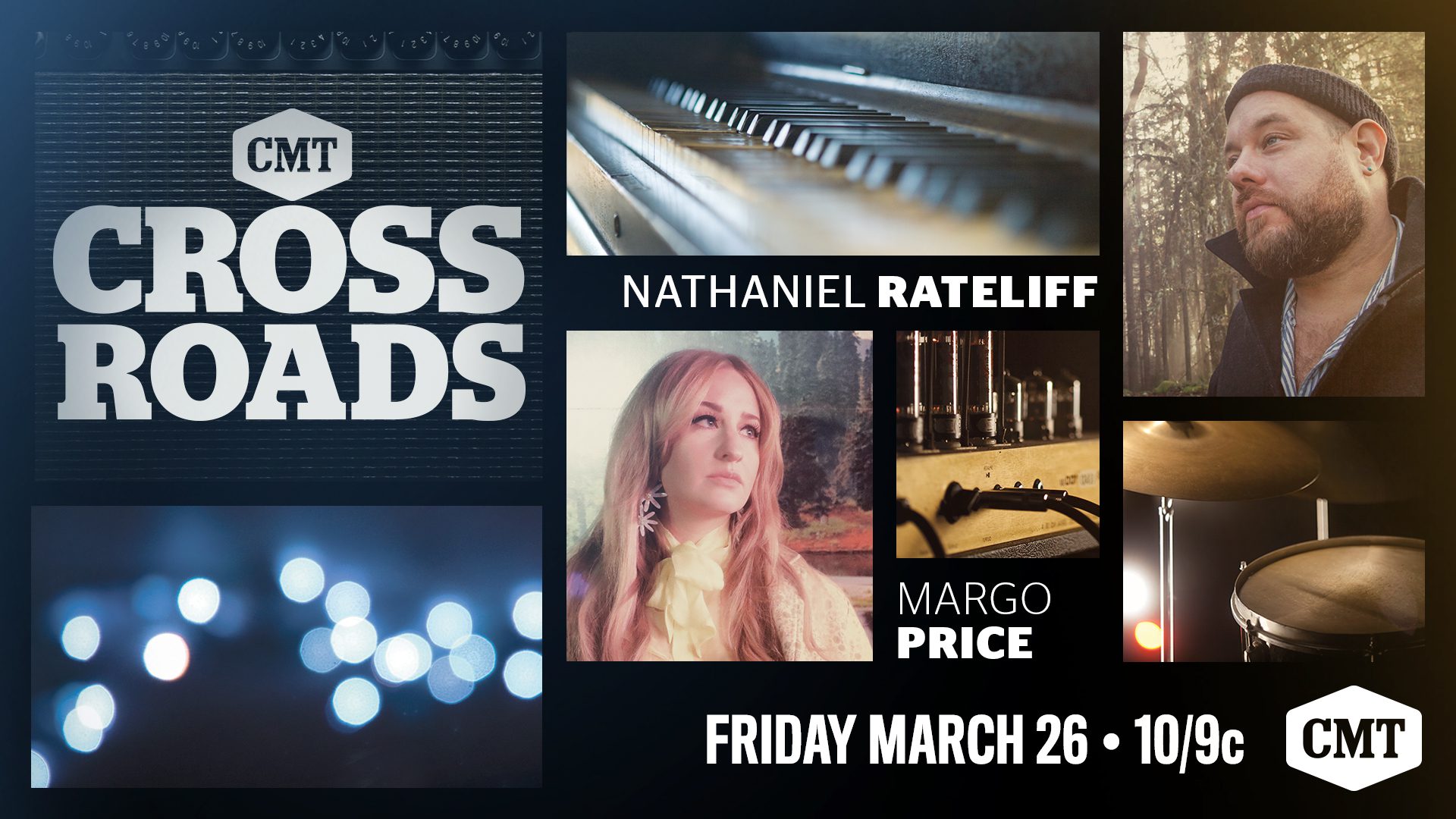 Margo Price and Nathaniel Rateliff, backed by longtime band The Nights Sweats, will take the stage together for a new episode of the series CMT Crossroads, premiering Friday, March 26 on CMT.

CMT Crossroads shows the far-reaching roots of country music by pairing country artists with musicians from other genres. The series debuted in January of 2002 with Elvis Costello and Lucinda Williams and since has showcased musical partnerships including Ray Charles and Travis Tritt, Bon Jovi and Sugarland, Kelly Clarkson and Reba McEntire, Def Leppard and Taylor Swift, Sting and Vince Gill, John Mayer and Keith Urban, Mumford & Sons and Emmylou Harris, Steven Tyler and Carrie Underwood, Stevie Nicks and Lady A, Katy Perry and Kacey Musgraves, Alicia Keys and Maren Morris, and more.

Price and Rateliff’s episode will be the first since Halsey and Kelsea Ballerini’s episode premiered in March 2020.

“I am excited to be playing CMT Crossroads. Through the last five years the band and I constantly crossed paths with Margo Price and her band at Farm Aids, The Outlaw Fest, Newport Folk and more places,” says Rateliff. “Our first chance to hang together was on Willie Nelson’s bus at Farm Aid. Ever since this I have loved watching her and the band play. She is a hell of a performer and songwriter.”

“I am so excited to sing with my friend Nathaniel and both of our bands at Crossroads,” says Price. “Through the years the two of us have sat in and sang with both Willie and his son Lukas, but we have never sang together on our own material. I’m really looking forward to collaborating after all this time.”