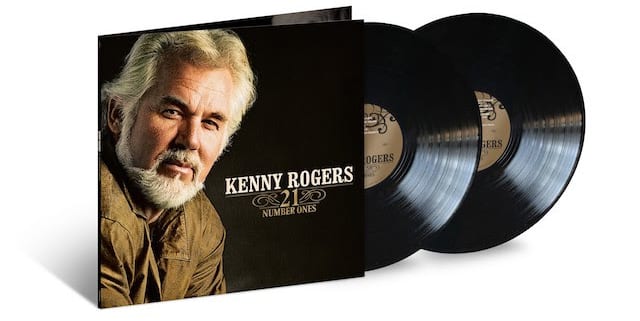 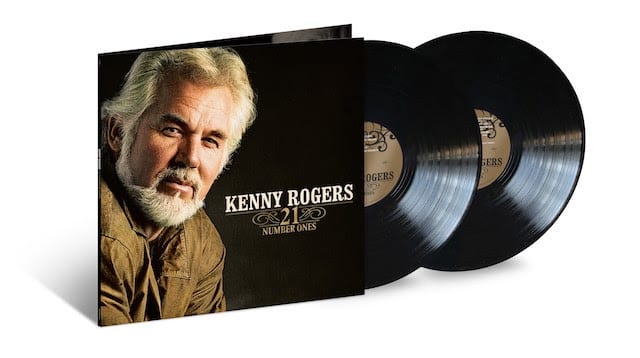 Kenny Rogers’ 21 Number Ones will soon be available on vinyl for the first time. The double album set will be released April 30 by the Rogers estate in conjunction with Capitol Records/UME.

The back-to-back hits on Kenny Rogers: 21 Number Ones include his greatest duets: “Islands In The Stream” with Dolly Parton; “We’ve Got Tonight” with Sheena Easton; “Make No Mistake, She’s Mine” with Ronnie Milsap; the Dottie West collaborations “Every Time Two Fools Collide,” “What Are We Doing In Love,” and “All I Ever Need Is You;” and “Buy Me A Rose” featuring Alison Krauss and Billy Dean.

Other chart-topping hits featured include “Lady,” which celebrated its 40th anniversary in 2020 (written and produced by Lionel Richie), “The Gambler,” “Through The Years,” “You Decorated My Life” (Urban Cowboy soundtrack), “She Believes In Me,” ”Lucille,” “Coward Of The County” and many more. It also contains a bonus track, Rogers’ hit duet with his former New Christy Minstrels bandmate Kim Carnes, “Don’t Fall In Love With A Dreamer.”

At the height of his late ‘70s-early ‘80s success, Rogers sold more than one million records every month for a whopping 26 straight months. With 24 No. 1 hits to his credit, Rogers has charted a song within each of the last seven decades. He is a member of the Country Music Hall of Fame and winner of countless awards.