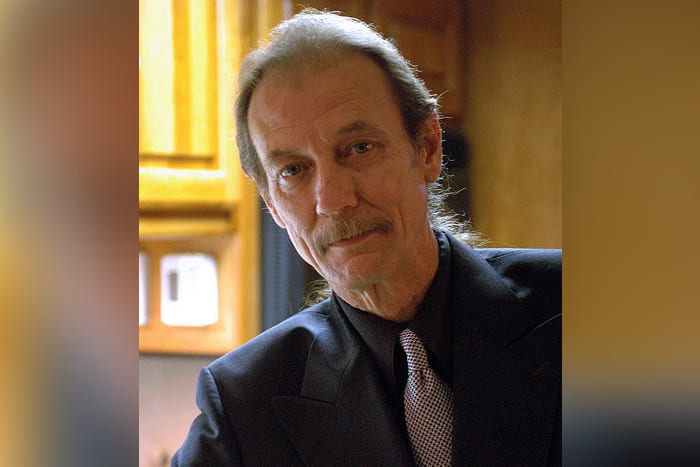 Tony Rice, a pillar in bluegrass and country music, died on Christmas morning (Dec. 25, 2020) at his home in Reidsville, North Carolina. He died while making his coffee, according to a statement from longtime friend and collaborator Ricky Skaggs. Rice was 69.

Rice won a Grammy with the band New South for Best Country Instrumental Performance in 1983 for “Fireball.” He was inducted into the International Bluegrass Music Hall of Fame in 2013, and won various IBMA awards throughout his career.

Rice was born in Danville, Virginia but grew up in Los Angeles, California. His father, Herb Rice, introduced him to bluegrass, and he and his brothers learned the fundamentals of bluegrass and country music from L.A. musicians like the Kentucky Colonels, led by Roland and Clarence White.

Rice moved to Louisville, Kentucky in 1970, and started playing with the Bluegrass Alliance, and shortly thereafter, J.D. Crowe’s New South. Ricky Skaggs joined New South in 1974, and the band recorded J. D. Crowe & the New South. Also known as Rounder 0044, the album became Rounder Records’ top-seller up to that time.

After meeting mandolinist David Grisman, Rice left the New South and moved to California to join Grisman’s all-instrumental group, the David Grisman Quintet, where he was able to experiment more with jazz music. While in the group, Rice started to learn chord theory, learned to read charts, and began to expand his musical palate beyond bluegrass. The David Grisman Quintet’s 1977 debut recording is considered a landmark of acoustic string band music.

During the 1980s, he recorded Skaggs & Rice, an album of bluegrass duets with Ricky Skaggs. He, J.D. Crowe, Bobby Hicks, Doyle Lawson and Todd Phillips formed the Bluegrass Album Band and recorded from 1980 to 1996. Also during this time, Rice recorded with guitar legend Norman Blake; recorded a project titled The Rice Brothers with his brothers Larry, Wyatt, and Ron; and released other critically acclaimed albums.

In 1994 he was diagnosed with a disorder known as muscle tension dysphonia and as a result was forced to stop singing in concert. He was diagnosed in 2014 with lateral epicondylitis (“tennis elbow”), which made guitar playing painful. Rice’s last performance playing guitar live was his induction into the International Bluegrass Music Hall of Fame in 2013.

Rice’s authorized biography, Still Inside: The Tony Rice Story, was published in 2010, and was written by Tim Stafford and Hawaii-based journalist Caroline Wright.

Rice is survived by his wife Pam and their daughter India, as well as his brothers Wyatt and Ronnie. He is preceded in death by his brother Larry Rice. No details on funeral arrangements have yet been announced at press time.