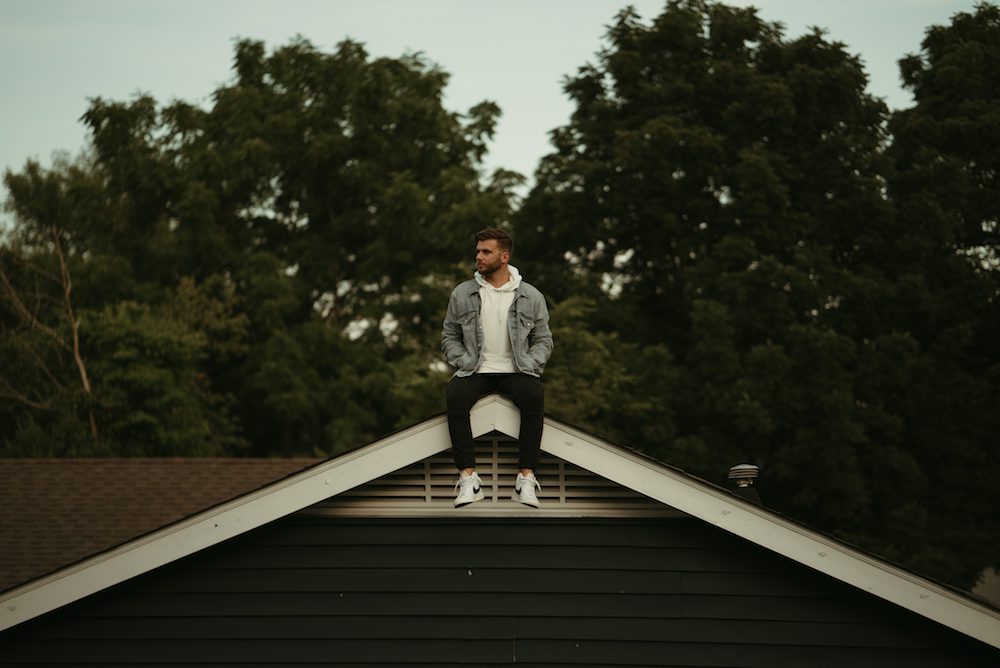 Four years ago, Indiana native Chase Wright was an economics major and college track star at DePauw University, collecting wins in 100-meter and 200-meter races. Sometime between college classes and time on the track, he picked up a guitar and taught himself to play John Legend’s “All Of Me” and “Vandalizer,” a track from Sam Hunt’s early mixtape Between The Pines.

He began lending his voice and guitar work to his own original songs and uploading cover renditions of Mitchell Tenpenny’s “Drunk Me,” Kane Brown’s “Heaven” and others to Instagram and YouTube. Morris Higham Management moguls Robert Filhart and Clint Higham saw a few of those Instagram videos and reached out to the rising singer/songwriter, suggesting Wright sign up for an ASCAP songwriter’s workshop. From there, Wright began making regular trips to immerse himself in Nashville’s songwriting circles, before moving to Music City a week after his college graduation.

During a recent Zoom visit with MusicRow Magazine staffers, the singer-songwriter offered acoustic renditions of his new music, including the heartfelt ballad “Wish You’d Miss Me” and a song he penned during one of his early trips to Nashville, titled “Drive.” He also offered his debut single, “My Kinda Morning,” which he co-wrote with Matt and Josh Jenkins, with production by Zach Abend.

Bright guitars frame his half-sung, half-spoken tale of a romance-filled evening that lingers past the break of day, with melodies wrapped in spacious production, and rap-inspired cadences.

“It was just about this night in college that last until the morning,” Wright says. “Josh wanted to take a chance with the production behind it so I think it ended up being this really powerful piece. I feel like it represents my musical background and compiles it into one.”