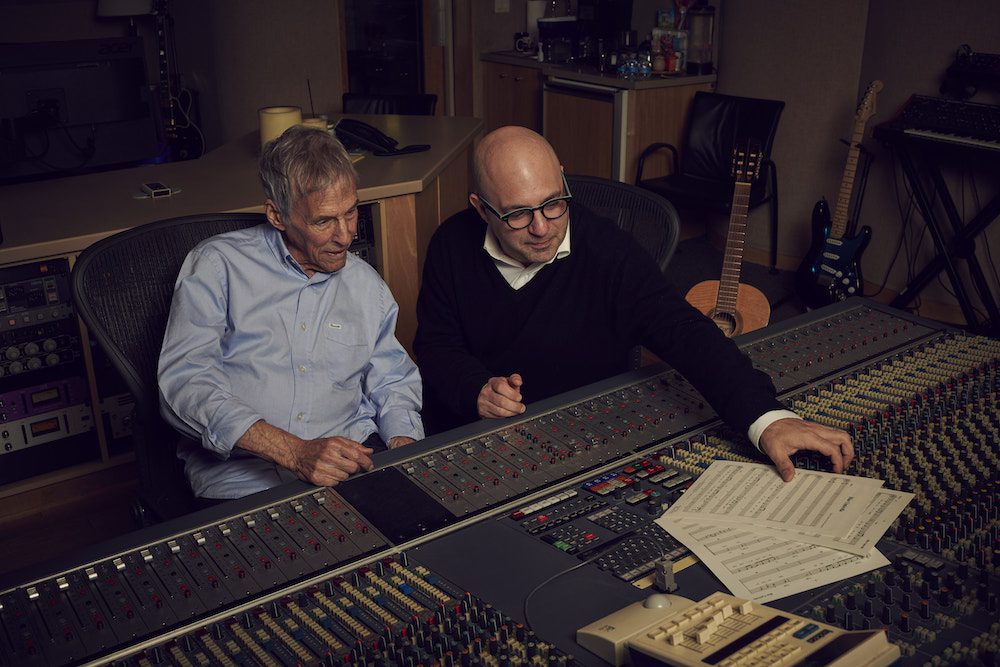 The album was recorded in Nashville and features Tashian on vocals and Bacharach on piano, along with musicians Dennis Crouch, Fred Eltringham, Tom Bukovac, and Jim Hoke.

“Daniel’s instincts are always right on target,” says Bacharach. “Musically, he’s got the chord before I’ve got the chord, when I can’t find the chord. I appreciate it so much. He hears impeccably. He brings to the table a great lyric sense. He tells a great story. He also brings some valuable music stuff. It’s a really collaborative thing.”

“There’s nothing I’d rather do than make music with Burt Bacharach,” adds Tashian. “They say you shouldn’t meet your heroes because they’ll disappoint you. But I haven’t found that about Burt.”

Bacharach is a recipient of three Academy Awards, two Golden Globe Awards, The Library of Congress Gershwin Prize for Popular Song and eight Grammy Awards (including the 2008 Lifetime Achievement Award and 1997 Trustees Award). Tashian has written songs for Kacey Musgraves, Little Big Town, Lady A, Lee Ann Womack, Josh Turner, Maisie Peters, NeedtoBreathe and Brett Eldredge. As a producer, he’s recently made albums with Eldredge, Lily & Madeleine, Jessie James Decker and A Girl Called Eddy. His songs have appeared in such TV shows as Breaking Bad, Pretty Little Liars and Nashville. Aside from his two Grammy Awards for Kacey Musgraves’ Golden Hour, he has been nominated for another for his children’s music album I Love Rainy Days and just released his second children’s music album Mr. Moonlight (Big Yellow Dog Music).