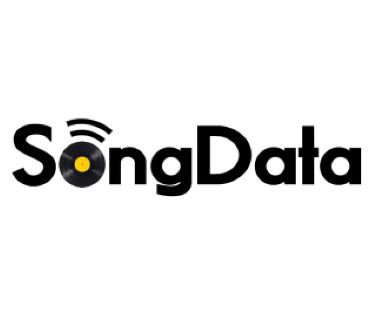 SongData has released a review of country radio airplay in 2019 that revealed that females occupied 10% of the pie in airplay representation within the last year. The report was prepared in partnership with CMT’s Equal Play Campaign, with a goal of evaluating broader relationships between airplay, streaming, sales and awards through a variety of charts.

“Ten percent. Depending on the time of day a listener tunes-in to their local station, that’s barely enough to be heard. It’s certainly not enough exposure to become known, to build a fanbase, to climb charts, to gain enough recognition to have access to opportunities and resources within the industry,” says a statement from the report. “It’s just enough airplay to show that songs by women are receiving airplay, but not enough to make their work visible to viewers. Over the last 20 years, women’s music has become invisible through the quota system that has limited their space on playlists and their access to prime location in daily rotation.”

For the first time, this SongData report also includes information on race/ethnicity of artists within this cultural system. In most cases, the results point to absence of artists of color, especially women. The study draws on several datasets, including both Mediabase’s and Billboard’s Yearend Airplay Reports over the last 10 years, as well as the Weekly Reports and Charts in 2019 for both organizations. The study also includes data from SongData’s Spotify experiment, Billboard’s Streaming and Digital Song Sales Charts, and CMA’s nomination history. According to the report females accounted for:

Despite a 1.2% increase in daily spins for songs by women last year, from 8.9% in 2018 to 10.1% in 2019, the distribution in the daytime remains nearly identical to 2018, with the 1.2% increase occurring in the evening and overnights. Since any increase at the amount of spins for songs by women in 2019 is thus neutralized by the time these songs are spun, the potential impact on an audience is negligible and women’s voices continue to be nearly invisible to radio listeners.

“It’s time for a change in programming across all facets of the industry. Achieving parity in country music cannot be achieved by a handful of stations and CMT alone. And it certainly is not a problem isolated to dissemination platforms,” the report concluded. “Program directors need more songs by women in their programming database to be able to increase representation on their playlists. The entire country music community needs to play a role in increasing the 10% by supporting and promoting female artists, from labels to publishers to tour and festival rosters. The April and December 2019 reports offer a series of actions developed with WOMAN Nashville that could be taken by organizations within the industry, artists and even those outside of the industry such as advertisers.51 These actions were conceived as a suggested starting point for taking the necessary and meaningful steps to include more women in daily programming and develop strategies for a more inclusive and diverse country music. Only through a cross-industry collaborative approach will women start to be seen.”