Gabby Barrett‘s journey from the American Idol finals to country radio success could be the epitome of the lyrics featured in one of her songs, “Jesus and My Mama”: I don’t break and I don’t bend.

Barrett recently performed an acoustic rendition of the song, which she wrote at age 16, during a visit to the MusicRow Magazine offices in Nashville. The song showcased her soulful voice, which can be velvety and full, or piercing and grainy when called for, soaring over the crunchy guitar work.

“That’s a fun one to open shows with, because you see the girls with their cups, holding them up like, ‘Yeah!!'”

“That group of women really helped carve my voice and helped show me what I was capable of doing with singing,” Barrett said. “I really like R&B, and you also get a lot influence from what your parents play around the house when you are young, so I grew up loving country, too.”

From age 11-16, she and her family sacrificed so Barrett could pursue her musical ambitions, “grinding it out” on the touring circuit (“like getting the power pulled at my house because we were putting all the money into singing…that kind of grind,” she recalls candidly), before she was scouted to compete on American Idol at age 17.

“I think there are times the town is a bit jaded,” Lord said. “Tons of people have come off of these shows and have knocked on the doors in town. Understandably so, the labels wanted to see what she could do outside of the show.”

Eager to prove that she had artistry and songwriting talent to match her attention-grabbing voice, Barrett began working on music in the midst of a grueling post-Idol tour in 2018. Barrett would perform three or four days on the tour, then book red eye flights back to Nashville to work on writing for a day or two, before returning to the Idol tour for another three-four day run.

“She challenged the stigma a bit,” Lord said. “She’d be on the road, then in the writing room and working on mixes.”

One of those writing sessions resulted in her breakthrough “I Hope,” a sultry song that takes the all-too-nice story of forgiving an ex-lover and wishing them well, and turns it on its head with a surprising, satisfying twist, as Barrett sings, I hope she’s wilder than your wildest dreams/She’s everything you’re ever gonna need…And then I hope she cheats.

“I Hope” currently sits in the Top 20 on the Billboard Country Airplay Chart. She penned the song alongside Zachary Kale and Jon Nite; Kale and Ross Copperman produced the track.

“I wrote from a point of view of being in high school relationship that was bad and hopefully I’ve grown from that,” Barrett says. “I feel like everyone has gone through these types of emotions, people who haven’t gotten over it.” 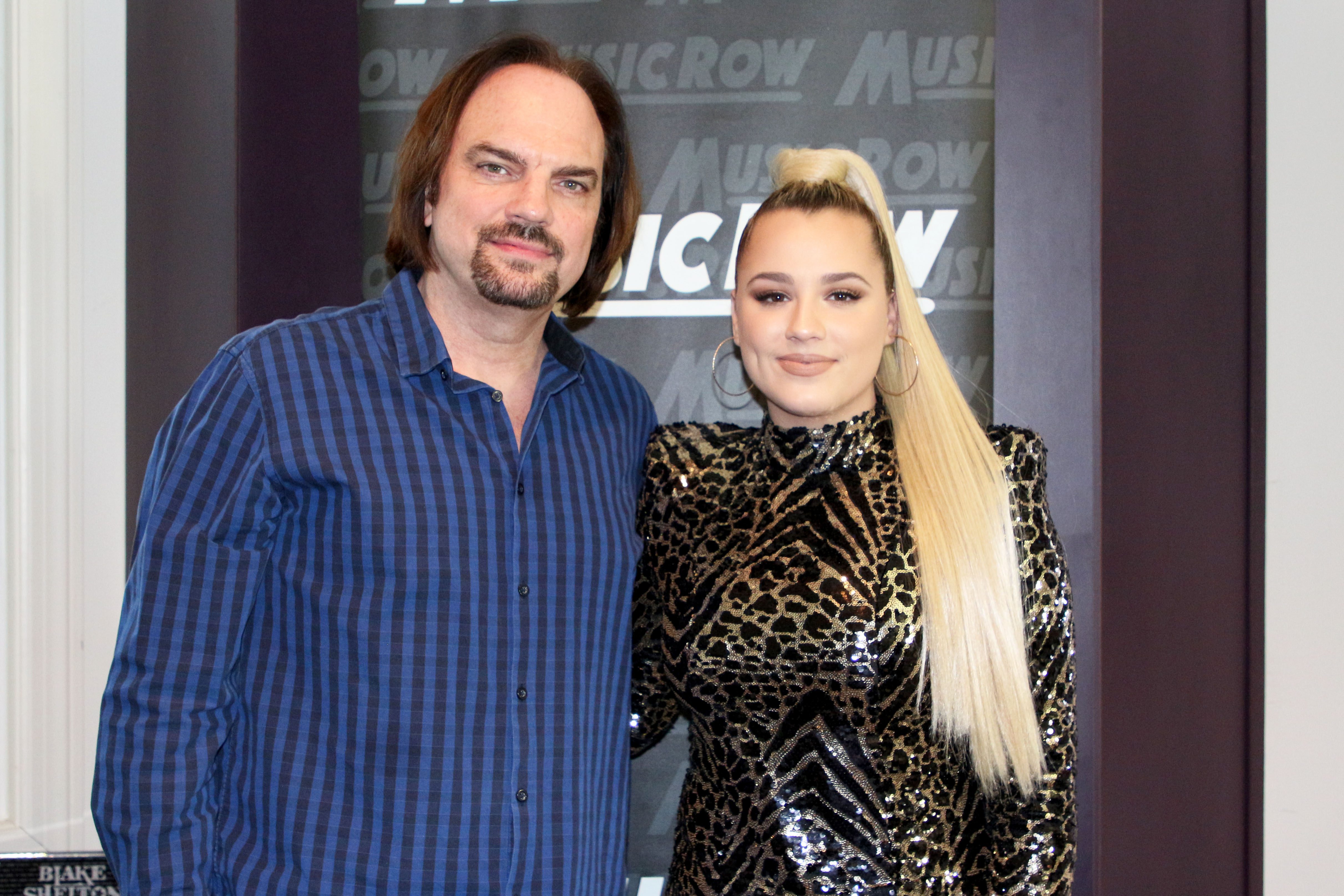 Barrett and her team decided to not wait on labels, and put out “I Hope” independently. Once outlets such as CMT, Radio Disney and SiriusXM jumped on board, Lord says the phones started ringing. In June 2019, Barrett announced she’d inked a label deal with Warner Music Nashville, with the label’s radio promo team engaging to further push “I Hope” to radio.

While “I Hope” stakes its claim on the upper regions of the Country Airplay chart, Barrett also released “The Good Ones,” inspired by her now-husband (the couple wed in October 2019) and fellow Idol finalist Cade Foehner.

“When I was on American Idol, we were secretly dating and the people that knew would ask, ‘How is your boyfriend doing?’ And I’d say, ‘He’s good. He’s a good one, a keeper.’ So when I got to the writing room, I knew I had written a song about the bad ones but I was like, ‘There are still good ones out there, because I found mine.'”

The sweet, elegant piece with the lilting melody is made all the more touching by the the accompanying music video, which shares the story of a young woman in a wheelchair, who hopes to be able to dance with her boyfriend. Throughout the video, the boyfriend is shown crafting a a project, which turns out to be a harness swing for the young woman to use so they can dance together.

“I wanted to make it really special and pull on the heartstrings a bit. I wanted to make it a 360-degree turn from the [“I Hope”] video,” Barrett says. “My cousin has autism and my nephew has cerebral palsy and I just wanted people to know that they feel left out, but that there is still a possibility for you to be loved the same as anyone, no matter what deficiency you have. I just wanted to reaffirm people with that message for the video.”

Lord said, “When the idea started floating around, there were some of us who were like, ‘We want to be cautious with this, it’s a little different twist,’ and Gabby just felt firm on this and she said this felt like a story she wanted to tell. That speaks to the courage she has on her creativity and direction. She has a strong maturity and awareness, and there was an amazing reaction to the video.”

Most recently, Barrett released another song inspired by her relationship with Foehner, the track “Hall of Fame,” which she wrote alongside Trannie Anderson, Adam Doleac and Zachary Kale.