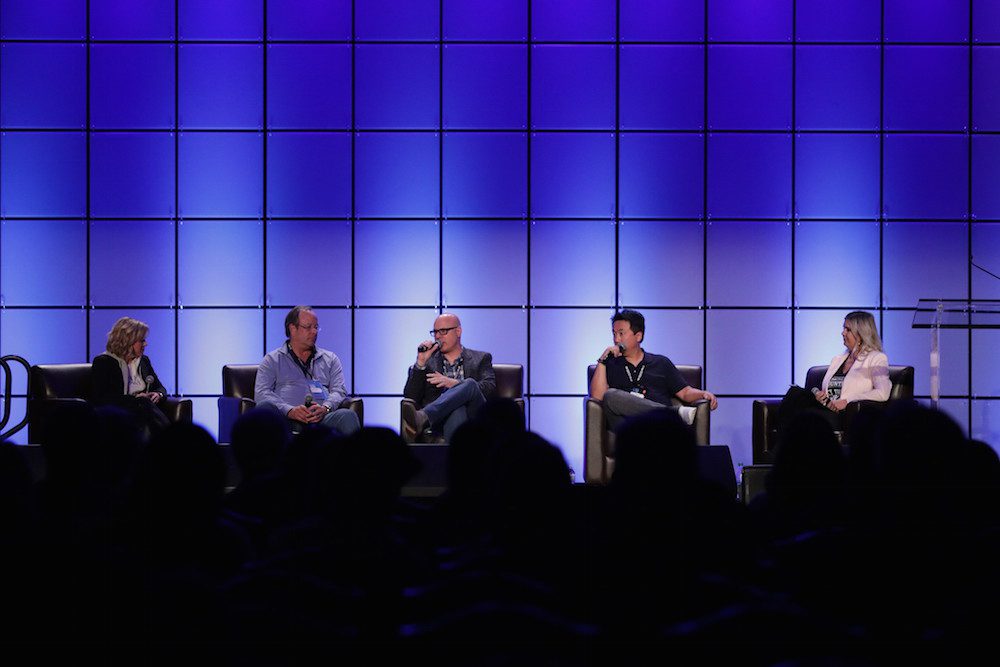 “2020 needs to be the year of the female artist,” said WKLB program director David Corey, one of a few programmers who assembled for a hot-topic panel session titled “All The Singles, Ladies: Breaking Female Artists” as part of Country Radio Seminar on Thursday (Feb. 20).

“Right now, in the past six months and seeing what’s coming in the next little while, 2020 needs to be the year of the woman, because the music is great,” said Corey.

The female-positive statements come at a time that could possibly be a turning point in the years-long drought of female voices on country radio. According to recently-released statistics from SongData, only 10% of daily song spins on country radio stations in 2019 were performed by women.

However, 2020 is starting off with Maren Morris’ “The Bones” at the top of the country radio charts for a second week. The feat makes “The Bones” the first multi-week No. 1 by a solo female artist since 2012, representing an eight-year gap between multi-week No. 1s by a solo country female.

Currently, there are a total of five songs by female artists in the Top 20 on Billboard‘s Country Airplay chart, though Morris’ is the only one within the Top 10. Ingrid Andress’ “More Hearts Than Mine” sits at No. 12, while Gabby Barrett’s “I Hope” is at No. 14, followed by Carly Pearce’s (with Lee Brice) “I Hope You’re Happy Now” at No. 15, and Kelsea Ballerini’s “Homecoming Queen?” at No. 19.

All of the panelists shared excitement for their favorite female artists, such as Lauren Alaina, Ashley McBryde, Carly Pearce and more.

Chiang referenced “What Are You Gonna Tell Her?,” a song UMG Nashville artist Mickey Guyton performed during the UMG Nashville showcase earlier in the day, earning a standing ovation from the radio programmers in attendance.

“I will play that song today,” Chiang said.

“If you’re not playing Ashley McBryde, wake up,” added Deaton, to thunderous applause from the radio crowd.

Chiang agreed that part of the reason for the lack of new female artists—and new artists in general—has been that country radio stations are using “the same old playbook that is 50 years old.”

“When the ratings are down, what’s the first thing we do? We cut the playlists, we stop playing new artists, stop playing new songs. We become a jukebox. We are slaves to [the ratings]. That has an impact on new artists/new female artists. That means we’re competing against other radio stations…that might have been the case 30 years ago but now we are competing against DSPs, Amazon music and so on.”

“I personally think caller research is outdated…when you look at social media you can see how people are streaming, look at Shazam, look at Spotify,” Daniels said. “At Radio Disney Country our goal is to play 60-70% female artists. That doesn’t mean if you are a female artist you just automatically get added. These are good songs by good artists.”

Chiang also questioned the amount of airplay time programmers give to certain songs before they turn to the caller research. “Did you really give the song a chance?,” Chiang asked. “You need to give it 500-600 spins at least to get a real take.” Corey added that songs from females often don’t test as well in research with listeners because though the songs are often “most-added” by stations, those songs will then be played in overnights, with lower listener engagement. “A song that’s played 1,000 times is going to test better than one played 100 times,” he said.

“I think everything needs to be equal. We were talking backstage about some stations that do specialty female-only shows on Sunday afternoons or whatever. I think that works against what we are trying to do here. When everyone starts doing a female specialty show, that’s where you’re hearing them, but nowhere else, so I think they need to be treated [equally]. Not better, obviously not worse, and I think that’s what’s fair.”

Many on the panel stated that they have heard the unwritten “rule” that radio stations should not play two female artists back-to-back their entire career. None of the panelists indicated that they have such a rule and they all stated they don’t agree that “women don’t want to hear women.”

“We’re in the business of playing hits,” Deaton said.

In the second half of the panel, Marion Kraft, CEO for ShopKeeper Management and longtime manager for superstar Miranda Lambert was featured on the day’s second panel, alongside Damon Moberly (VP, Promotion for Mercury Nashville), and Amazon Music’s Emily Cohen.

Kraft laid down the gauntlet, challenging radio programmers to try new things. “We need more shepherds and less sheep,” she said, before asking that programmers make a concerted effort to substantially increase the number of female artists they program into their schedules in 2020.

“We do want to be treated better for just this year. Starting next year, you can treat us the same,” she said, adding, “If you guys don’t have these great females females in your format anymore, you guys are going to be really sad. The fan goes where they play the music they want to hear. If you don’t give them what they want, they have [other] places to go now.”