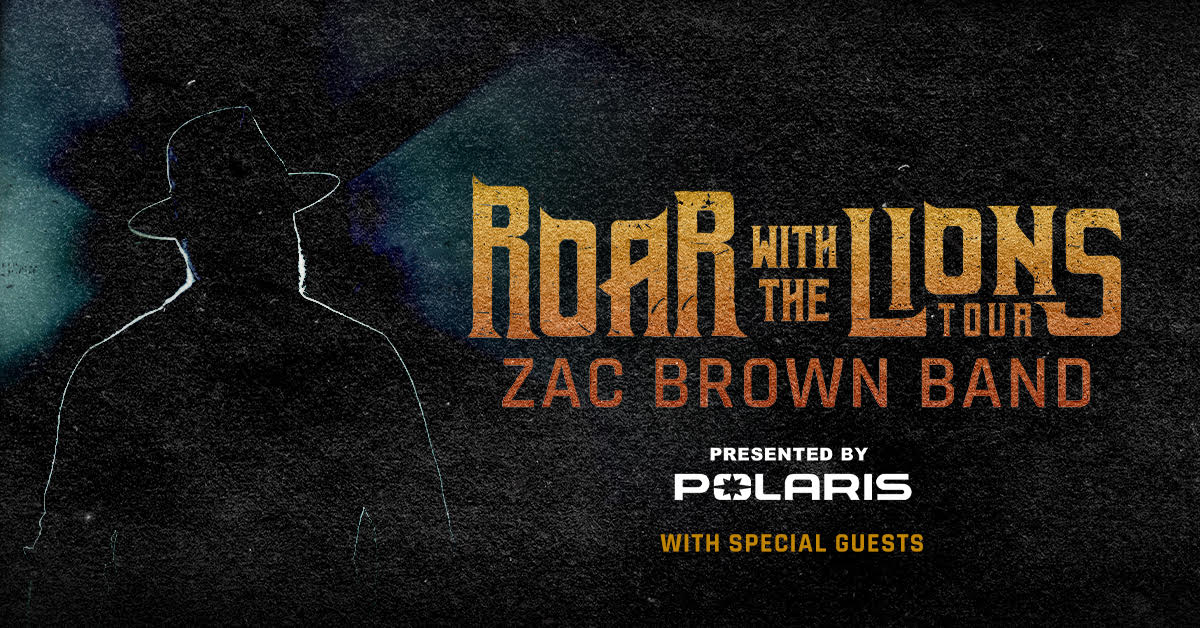 Zac Brown Band has announced their new Roar with the Lions Tour for Summer 2020. The 18-date tour is grounded in the historic characterization of the lion, depicted as a symbol of strength, courage, and loyalty. Special guest Gregory Alan Isakov will join the tour May 24 through June 27, and St. Paul and The Broken Bones will open the Wrigley Field show on September 9.

“Our summer tour is inspired by the folklore surrounding the figure of the lion. I am a Leo, and all of the guys in the band are lions,” said Zac Brown. “They exemplify strength, courage, intelligence, and loyalty, and work in tandem to defend their territory and one another. The crowd is our pride – rooted in togetherness and fiercely loyal. They always show up for each other, no matter what, just like our fans always show up for us. We can’t wait to hear you roar with us!”

Tickets will go on sale to general public beginning Friday, January 17 at ZacBrownBand.com. The Zamily Fan Club pre-sale will begin on Tuesday, January 14. Citi is the official presale credit card of the tour and as such, Citi cardmembers will have access to purchase pre-sale tickets beginning Wednesday, January 15 until Thursday, January 16 through CitiEntertainment.