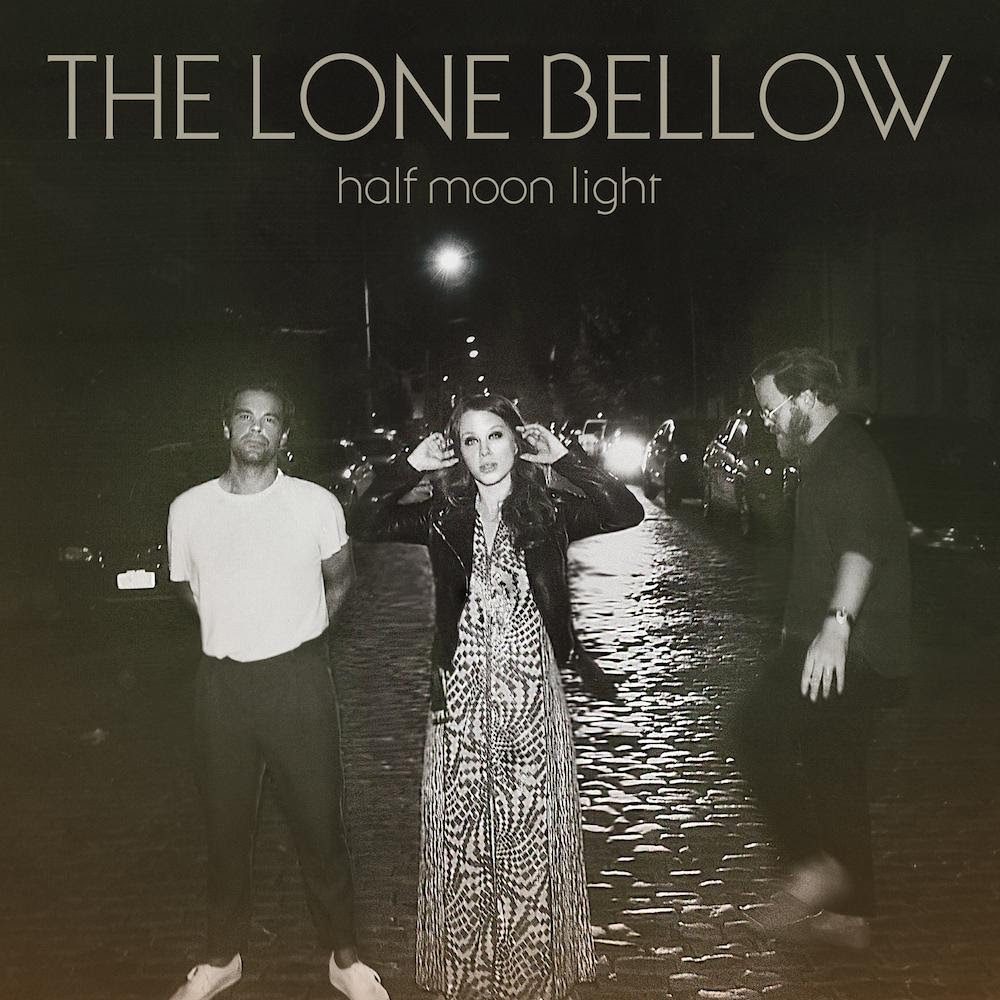 The Lone Bellow—Zach Williams, Kanene Donehey Pipkin, and Brian Elmquist—have released a new song, “Good Times,” from their soon-to-be-released album Half Moon Light on Dualtone Records. Out Feb. 7 and produced by The National’s Aaron Dessner, the album is the band’s fourth studio LP and first since 2017.

“Over the years I’ve had the great joy of staying up late and hearing epic stories told by adventurous souls,” said Williams. “Some stories were told on old boats way out in the middle of the ocean, some in Irish Pubs in Manhattan, some in backyards down south, and some on hospital beds. ‘Good Times’ is a salute to the good ones who grab life by the horns and let no good time slip away.”

Half Moon Light was produced at Dessner’s studio in upstate New York and features guitarist Josh Kaufman and drummer J.T. Baites. The band celebrated the album announcement back in October by sharing their first single, “Count On Me,” a song that reminds with soul-shouting intensity that it’s safe and important to lean on one another for survival.

In support of the new record, The Lone Bellow will launch a worldwide tour that begins Jan. 22 in London for two nights at the St. Pancras Old Church. North American dates begin Feb. 12 in L.A. for two nights at The Troubadour and continue through Apr. 24 with their first-ever headlining show at the Ryman in Nashville. The band will then head to Europe and return to America for summer festival appearances.