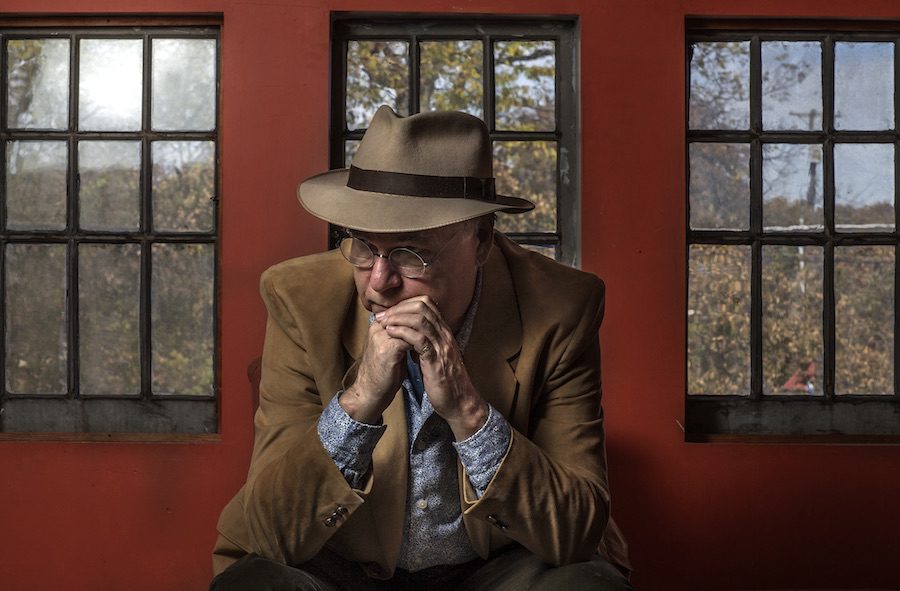 Nashville songwriting great David Olney died on stage at a festival in Florida on Saturday at age 71.

Regarded as one of the finest songwriters in Music City, Olney recorded more than 20 albums over a four-decade career. His songs have been sung by Emmylou Harris, Steve Earle, Joe Ely, Del McCoury, Johnny Cash, Tim O’Brien, James King, Linda Ronstadt, Slaid Cleaves, Lonnie Brooks and many others.

He was a founder of Nashville’s alternative-rock scene, as well as of the Americana genre. He was a gripping, theatrical live performer who became widely known in Europe, as well as on America’s folk circuit.

Born in Providence, Rhode Island in 1948, he began playing guitar at age 13. During his college years at the University of North Carolina, he launched his performing career in the clubs of Chapel Hill.

He formed the band Simpson and made his recording debut in 1971. His pile-driving arrangement on Leadbelly’s “Black Betty” was picked up by Ram Jam, who made it a rock hit.

Following a period working in theater in Atlanta, he moved to Nashville in 1973. In 1978-85, Dave Olney & The X-Rays became stars of the Music City nightlife scene. The band opened for Elvis Costello, appeared on Austin City Limits, recorded two LPs and served as one of the founding groups of Nashville’s alternative-rock culture.

He began recording a string of striking solo folk LPs in 1986. He also performed and recorded in The Nashville Jug Band.

No one who ever sat transfixed by one of his solo shows could deny his talent as a thespian. Olney could be scary, hilarious, tender, loving or ironic, but he was always dramatic and unforgettable.

His striking stage abilities grew from the way he inhabited the characters in his unusual songs. At various times he enacted Jesse James, John Barrymore, Omar Khayam, John Dillinger, Barabbas, a World War I prostitute, the iceberg that sank the Titanic, a caterpillar, a boxer, a millionaire, baseball players, a huckster following Jesus and any number of criminals, scoundrels and social outcasts.

Olney was one of the music world’s great individualists. In addition to playing some of America’s biggest festivals, he performed for fans in Germany, Ireland, Scandinavia, England, Austria, Belgium, Switzerland and Holland. His albums were issued on Dutch and Italian record labels.

Opera Memphis adapted some of his songs for a theatrical work titled “Light in August.” He also performed during the Nashville Shakespeare Festival. Over the years, he opened shows for Bonnie Raitt, Kris Kristofferson and Nanci Griffith and became a favorite of such fellow troubadours as Guy Clark, Richard Dobson and Townes Van Zandt.

By the 1990s, he was a cult figure who collaborated with Rodney Crowell, John Prine and The Band’s Rick Danko and Garth Hudson, among others. He earned rave reviews in The New York Times, Stereo Review, USA Today, The L.A. Times, The Miami Herald, The Philadelphia Enquirer and more.

Olney died of an apparent heart attack while on stage in Santa Rosa Beach, Florida. He is survived by wife Regine, daughter Lillian and son Redding. Funeral arrangements are not yet available.