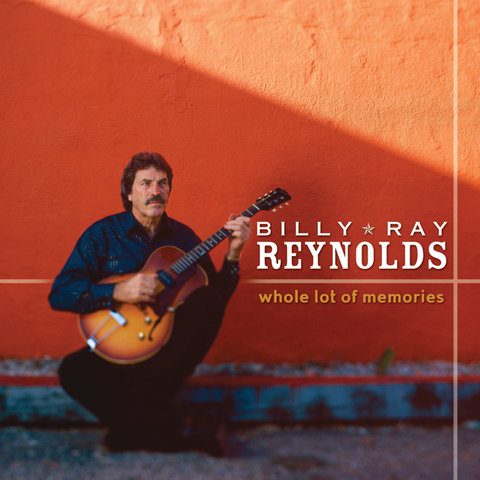 His biggest hits were “Working Man,” a 1985 hit for Opry star John Conlee and “Don’t Believe My Heart Can Stand Another You,” which was a big success for Tanya Tucker in 1975.

Reynolds’ most recorded song was “It’ll Be Her,” which has appeared on albums by Johnny Cash, Jack Clement, Waylon Jennings, Eddy Arnold, David Rogers, Debbie Boone and The Gibson Brothers, among others. Its biggest rendition was by Tompall Glaser, who made it a top-20 hit in 1982.

Other stars who recorded Reynolds’ songs include Bobby Bare (“Cold Day in Hell”), Conway Twitty (“For All the Right Reasons”), Alison Krauss (“Cloudy Days”), Tom Jones (“Love Sweet Love”), Rodney Lay (“I Wish I Had a Job to Shove”), Gary Stewart (“How Could We Come to This”) and Barbara Fairchild (“Devil on the Run”).

Born in 1940, the Mississippi native was initially inspired to take up music after seeing a Grand Ole Opry show starring Hank Williams in 1949. He formed a band called Yankee Dollar, which recorded an LP for Dot Records in 1968.

Beginning with his collaborations with Jennings, Reynolds was closely associated with country’s “outlaw” movement. He played guitar on such key Jennings LPs as Ladies Love Outlaws, Honky Tonk Heroes, Dreaming My Dreams and The Ramblin’ Man.

Following songwriting success in the 1970s and 1980s, Reynolds found work as an actor. Usually portraying villains, he appeared in small roles in such films as Rainmaker, Roots and The Journey of August King. His TV-series credits include In the Heat of the Night and I’ll Fly Away.

After years behind the scenes, Reynolds issued his debut solo CD in 2002. Titled Whole Lot of Memories, the album was produced by Dan Tyler and Lou Bradley, and included duets with Merle Haggard and Bonnie Bramlett.

He returned to his native Mississippi in 2006. Reynolds issued a second CD in 2018, Country Music Love Affair. In November, he appeared at the Frank Brown International Songwriters Festival at the Flora-Bama Lounge in Gulf Shores.

Visitation will be held at 5 p.m. Friday (Dec. 6) at the Colonial Chapel Funeral Home in Mt. Olive, MS. Services will be held at 1 p.m. on Sunday (Dec. 8) at the Calvary Baptist Church in Mt. Olive. In lieu of flowers, contributions can be made to the National Kidney Foundation or to the church or charity of your choice.