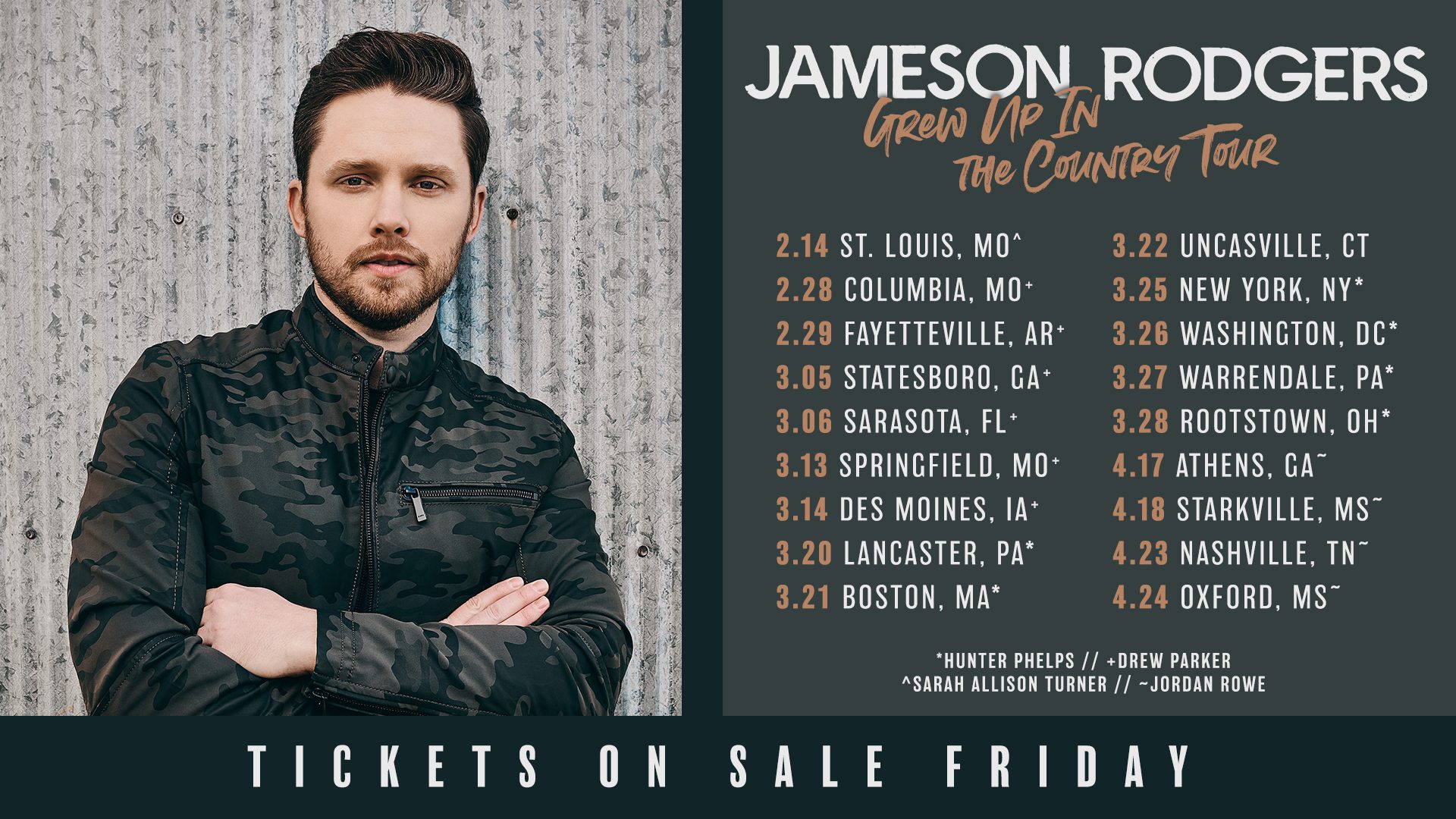 Jameson Rodgers is kicking off the New Year with his headlining Grew Up In The Country Tour 2020, set to launch Feb. 14 in St. Louis. The tour will hit 18 cities and wrap with a hometown show for Rodgers at The Lyric Theatre in Oxford, Mississippi, which he previously sold out in 2018. Supporting Rodgers on select dates will be Hunter Phelps, Drew Parker, Jordan Rowe, and Sarah Allison Turner.

“2019 has been a whirlwind year for me, signing a record deal with RiverHouse/Columbia, opening for my brother Luke Combs on his sold out arena tour all year, playing the Stadium at CMA Fest, launching my first single ‘Some Girls’ to country radio, and so much more,” said Rodgers. “The band and I are so grateful for getting to make a lot of new fans this year and we’re looking forward to playing some longer sets and a lot of new music from my debut album. I’ve asked some of my favorite artists/friends to tag along and I’m really excited for the Grew Up In The Country Tour next year.”

Pre-sale opportunities begin now (Dec. 3), with members of Rodger’s newly-launched fan club The Neighborhood gaining priority access. Tickets go on sale to the general public Friday (Dec. 6), and limited VIP upgrade packages including an acoustic performance, meet & greet, photo with Rodgers and more will be available on select dates throughout the Spring.

Rodgers’ debut single “Some Girls” is heating up at radio and the Vevo DSCVR artist also celebrated his first songwriting No. 1 with the Gold-certified hit “I Don’t Know About You,” recorded by Chris Lane. The in-demand singer/songwriter also has a cut on Jason Aldean’s just-released album 9 (“Camouflage Hat”) and co-wrote Florida Georgia Line’s latest Platinum-certified radio single “Talk You Out of It.”