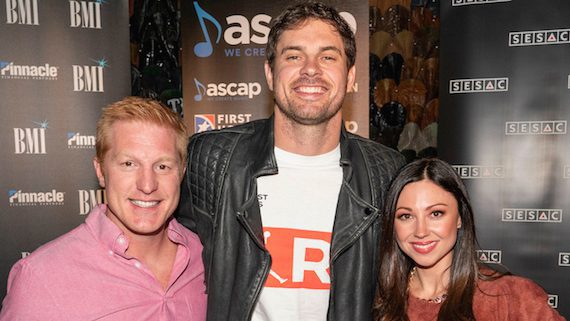 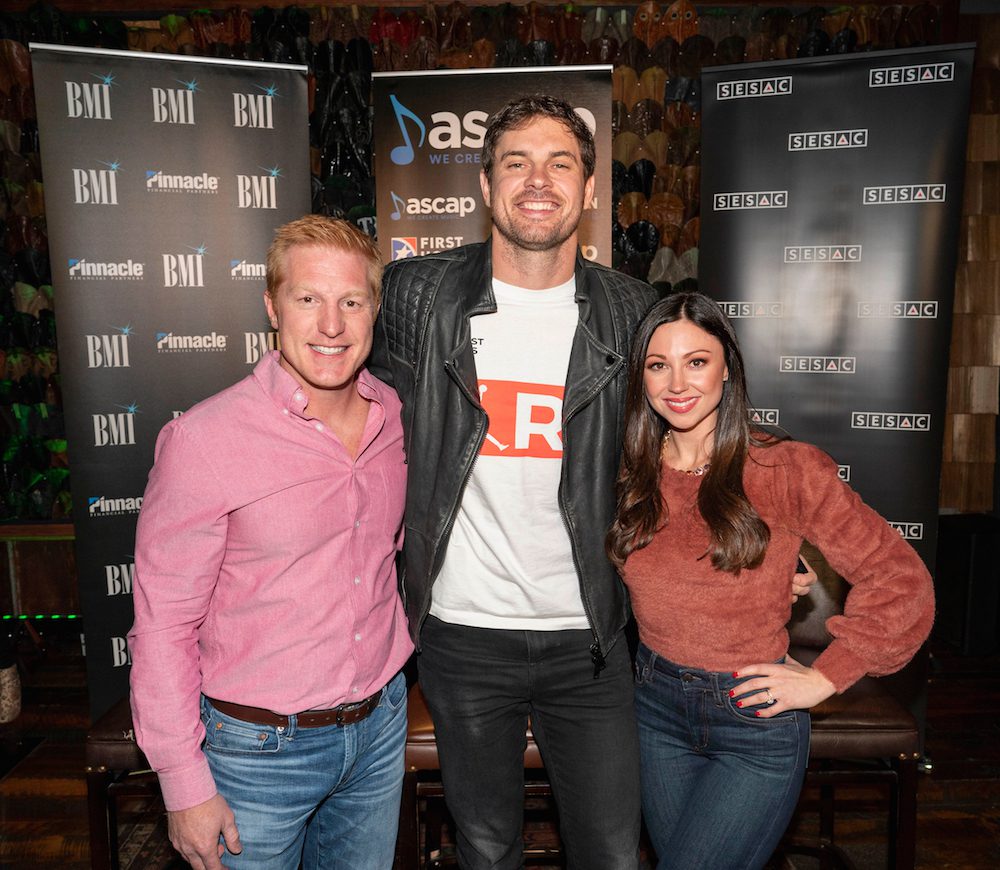 RECORDS/Arista Nashville artist Matt Stell, and his co-writers Ash Bowers and Allison Veltz Cruz, celebrated their very first No. 1 country song, “Prayed For You,” during a party at Nashville venue The Sutler on Tuesday (Nov. 19).

Performing rights organizations ASCAP, BMI and SESAC hosted the event, and there were several milestones to celebrate. Stell’s “Prayed For You” is the only debut artist single to top the Country Airplay chart in 2019, and it held the top slot for two weeks. The song has earned more than 125 million streams to date, and has been certified Gold (and is well on its way to a Platinum cert).

“This day writing this song was really special,” Veltz Cruz said, recalling that the song is centered on her story of meeting her now-husband, Kyle. “For me, it showcases what was looking out for me that day. I was new to faith, October 2016 I started praying and I started praying for a lot of things…a husband, an awesome dude was one of them. I was baptized May 1, 2017 and I was set up to sing along with someone I didn’t know—who is now my husband—on May 5 in Atlanta. On May 11, he decided to drive up from Atlanta and take me out. That morning I had a writing session with these guys and I was looking through my journals. I looked through what I had been praying about and I just knew….I knew I would marry you the day I met you,” she said to her husband Kyle, as the audience cheered. “I want to thank all of my co-writers out there. You help me be a better writer. The people who make you better in this town, I’m just so thankful for Nashville. I couldn’t think of a better room to be in that day.”

“Nobody does this alone. I’m so grateful for the opportunity and people who believed in me, starting with Steve Williams. He’s believed in me more than I believed in myself,” Bowers said, growing emotional. “Sorry, I’m going to be like Jimmie Allen, up here crying,” he quipped. In addition to being a hit songwriter, Bowers also manages artists Jimmie Allen and Stell via his company Wide Open Music.

“To have people around me that have supported me is incredible. I met Matt a little over two years ago. He played three or four songs he had written and I was so impressed by Matt. Every day, Matt does something that shows me the kind of guy he is. I’ve seen him, over and over again, do things that put people before money and that’s rare in this town. Allison Veltz is an unbelievable songwriter. It’s truly awesome to see how God has worked in this thing. It’s amazing how Arista came into the fold. We released a video for ‘Prayed For You’ and [RECORDS exec] Barry Weiss called me up…and said he wanted to give Matt a record deal. Keith [Gale] had been introduced to me a month or so ago, and was one of the first believers outside of our little camp. He came on board and against all odds, it’s amazing the story of this because every time me and Matt would agree to make a move, it was the most unlikely move for success. We signed with a label out of New York that had no record in country music, but we knew we would be able to find a way because we believed in the song so much. I can’t say enough about the Sony Nashville team. They have so much pride in their work and deliver every day. Cindy Hunt and team for publicity, then Brendan Rich and Victoria Goodvin…we are a lean team at Wide Open, but they come into the office every day and there is no job they won’t do and they slug it out. It’s always so impressive to me,” Bowers summed. 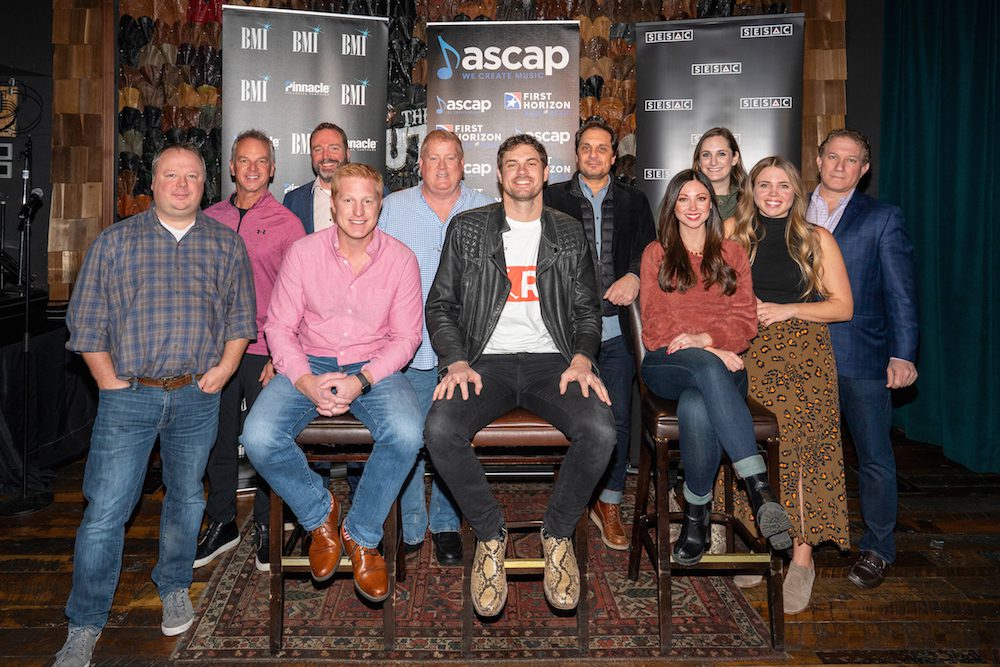 Stell concluded the day with emotional speech. He thanked Veltz Cruz and Bowers, as well as Sony, Keith Gale and Good Company Entertainment, his band, booking agency UTA, and more. “With me this went through a lot of transitions to get to where it is now,” he said. “A lot of people have a lot of ownership in this and I’m very fortunate for that.”

He grew emotional as the time came to thank his family, especially his mom.

“My mom has believed in me more than any person on the face of the planet,” he said, before offering a simple, heartfelt, “Thanks.”

“This song has changed my life in every way and the best part is getting to do it with people that I love,” Stell concluded.

Stell recently announced his first headlining tour, the Matt Stell Everywhere But On Tour, which launches Jan. 24 in San Diego. 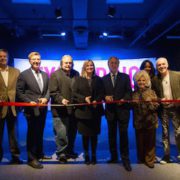 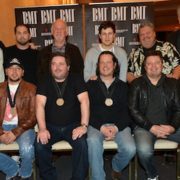 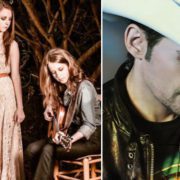