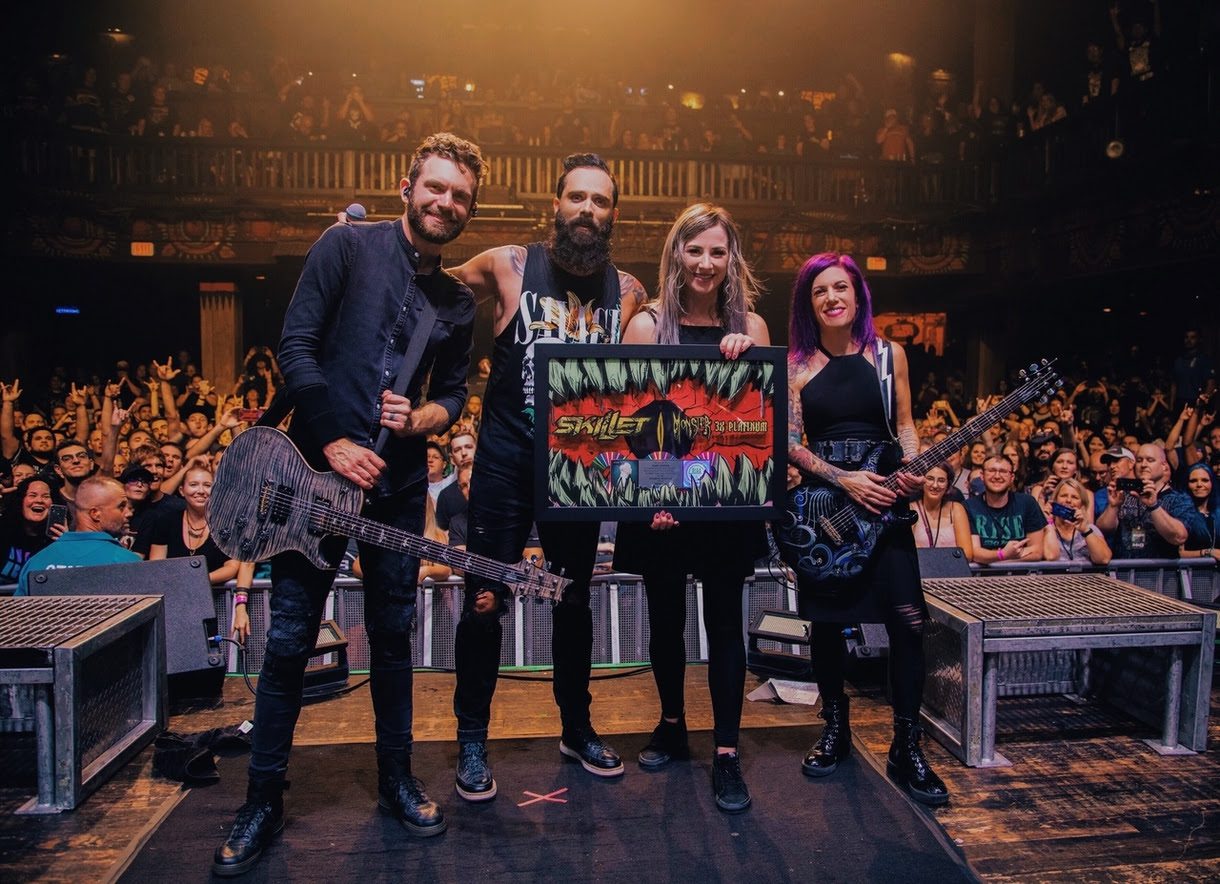 Skillet has received RIAA certifications for its songs “Monster,” which has been certified 3x Platinum, and “Hero,” which has been certified 2x Platinum. The band’s “Monster” remains one of the most-streamed rock songs of all time with over three billion global audio streams. Their song “Hero” has garnered over one billion global audio streams and has been used in sync partnerships with everyone from the NFL, NHL, MLB, SCC and WWE.

To celebrate the certifications, personalities from top Active Rock stations in Dallas and Orlando surprised the band at two Victorious Sky tour stops last week. In Dallas, Ayo from KEGL joined the band backstage for a Facebook Live interview, closing with the plaque presentation for “Hero.”  In Orlando, Dickerman from WJRR surprised the band on stage with the 3x platinum plaque for “Monster.”

Skillet is also celebrating their tenth Top 10 Active Rock single with their latest single from the best-selling album Victorious, “Legendary.” In addition to the hit track being tapped as the official theme song for WWE’s RAW on USA Network, the WWE also recently used the song as the trailer for their brand new 2K20 Video Game. Also nabbing the energetic track lately is the NBA and NCAA as well as MLB during the opening of the NCLS game two between the St. Louis Cardinals and Syracuse Nationals.

The band is launching a European headlining tour November 6 through the remainder of the year that will include stops in London, Paris, Hamburg and Budapest. 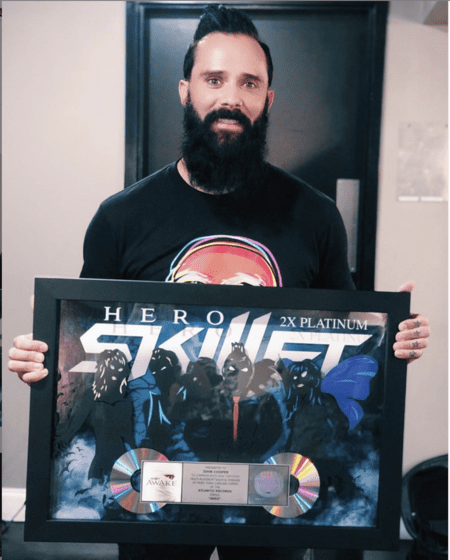