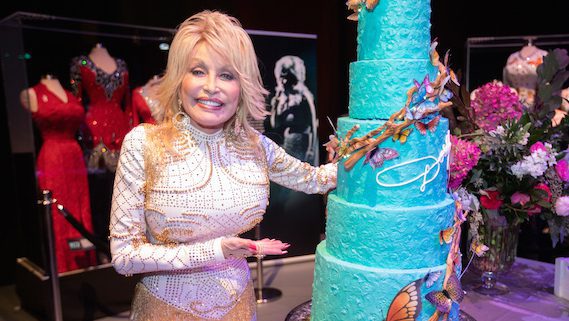 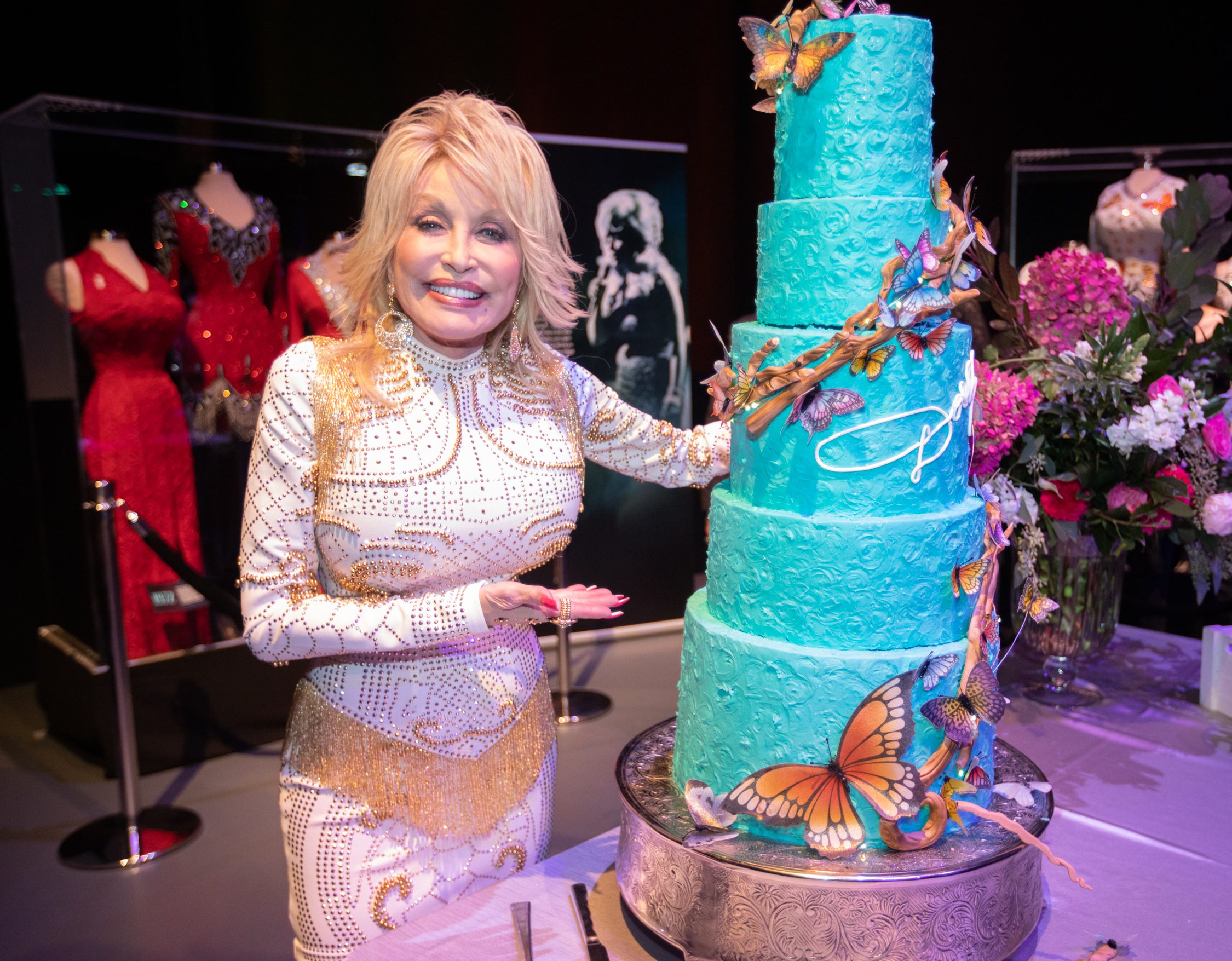 Every night is special at the Grand Ole Opry, but you’d be hard pressed to name a more memorable night than the one that transpired on Saturday (Oct. 12).

The occasion was the celebration of the divine Dolly Parton’s 50th anniversary as an Opry cast member. As you might expect, the Hall of Famer attracted a host of glittering party people.

Among those singing her songs were Toby Keith (“Kentucky Gambler”), Lady Antebellum (“Islands in the Stream”) and Margo Price (“The Seeker”), with a cheering section composed of (among others) Jeannie Seely, Riders in the Sky, John Conlee, Connie Smith, Hank Williams Jr., Candi Carpenter and Stephanie Quayle.

Mary and Randy Travis were backstage saying how pleased they are that his new book, Forever and Ever Amen, is inspiring people. Randy obligingly posed for photos with fans at an invitation-only reception in Studio A. At the same event, Gov. Bill Lee proclaimed it Dolly Parton Day in Tennessee. The superstar cut into a gigantic, three-tiered commemorative cake.

“How is the food?” asked Hall of Famer Bill Anderson. “Whenever I read this column and your description of the party food, I get hungry.”

Alas, the only I food I tried was a cup of the creamy mac & cheese (plus a slice of Dolly’s blue-icing anniversary cake). But it looked to me like the chicken sliders, dessert buffet and veggies-and-cheeses plates were also delish. Who could eat when there was so much going on?

At a pre-show press conference held in the old museum building on the Opry Plaza, Opry manager Dan Rogers recalled how indelible his memory is of seeing Dolly on the show’s stage when he was in kindergarten.

“Well hello, I’m Dolly!” said the legend to the assembled press corps. “This is a big night for me. Ask me anything you want, and I’ll tell you what I want you to hear.”

She recalled her first appearance on the show. It was in 1959 (60 years ago, if you’re keeping score). Jimmy C. Newman gave up one of his song slots so the 13-year-old could sing “Puppy Love.” Johnny Cash introduced her. She joined the cast in 1969, when she was still a member of Porter Wagoner’s troupe.

“It was because of Porter that I got my first big break,” she reminisced. “I think of him every day. Whenever I’m on stage, I think of something he taught me.” Accordingly, she sang his “Carroll County Accident” and brought out Wagonmasters electric-banjo king Buck Trent as her guest on her portion of the Opry broadcast. She also sang her biggies “Joshua,” “Jolene,” “My Tennessee Mountain Home,” “Here You Come Again,” “Coat of Many Colors” and, of course, “9 To 5” and “I Will Always Love You.”

She told the press about her upcoming Netflix series of movies based on her songs and about her new CCM single with For King & Country, “God Only Knows.” Next, she’s co-hosting the CMA Awards with Carrie Underwood and Reba McEntire and will sing a faith-based medley with a choir on the telecast. 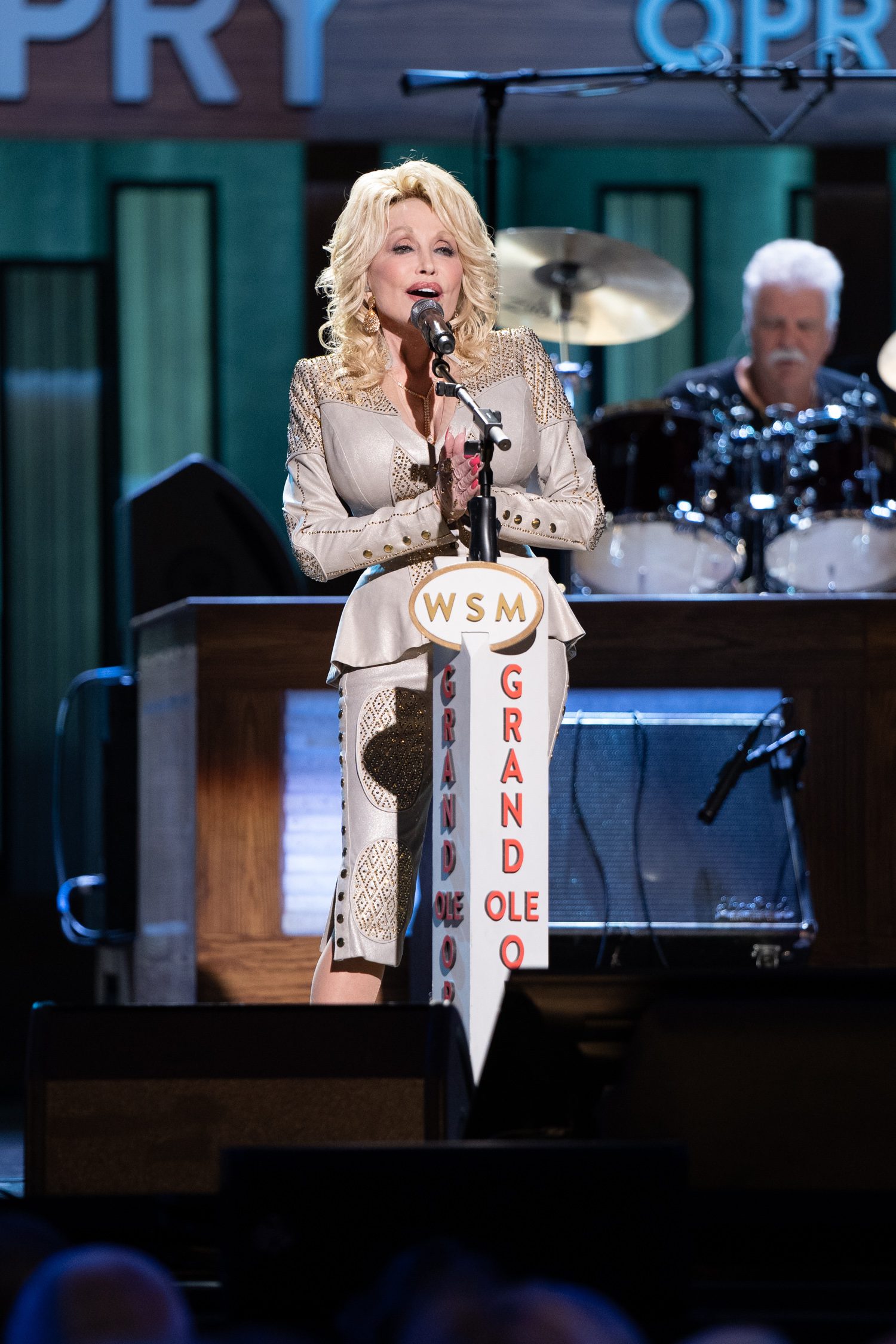 She has recorded an upcoming single with Dove-awarded CCM star Zach Williams titled “There Was Jesus” and will release a single titled “Faith” next month.

“I’m going to make it my business to put out songs that are uplifting, that bring light,” she explained.

“I’m going to continue to do what I do until I dream myself into a corner….Maybe I’ll be around for 50 more years. I hope so.

“It makes me feel very humble. I’m so grateful.”

Over in the Opry House, the reception was beautifully decorated. The front wall of Studio A held a semi-circle of glass cases containing fabulous Dolly Parton gowns that she’s worn on Opry shows. Curtains surrounding the party area were lit with a rainbow of colors. A huge video screen showed the attendees what was transpiring out in the house.

Did you miss all the excitement? Not to worry. The whole shebang will be an NBC-TV special airing on Nov. 26. 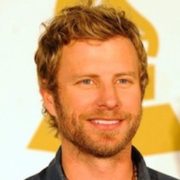 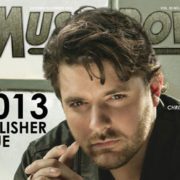 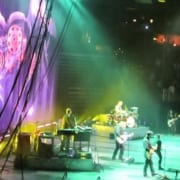