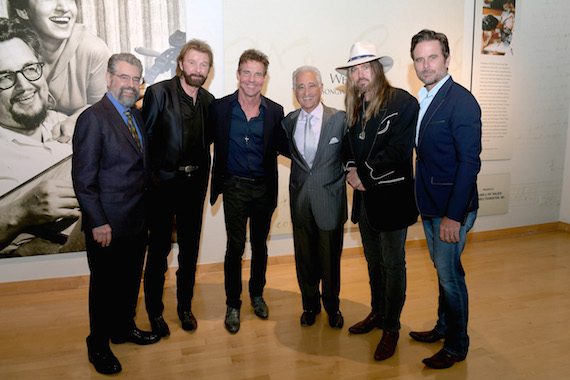 I have been to many exhibit-opening galas at the Country Music Hall of Fame, but I have never been to one that was mobbed until Thursday evening (9/26).

More than a thousand peers, well-wishers, fans and industry mavens crammed into the museum’s upstairs event hall to celebrate “We Could: The Songwriting Artistry of Boudleaux & Felice Bryant.”  We got more than we bargained for, because the exhibit preview party also announced a major acquisition for the Hall.

“We are proud and happy to announce that the Boudleuax & Felice Bryant Collection is now a part of the Country Music Hall of Fame collection,” said Hall v.p. Brenda Calladay. This includes the 16 famous, 300-500 page ledgers containing drafts of their songs, doodles, musical notations, sketches and ideas. The acquired collection also includes photos, song demos, documents, sheet music, correspondence, artifacts and even the dress that Felice Bryant wore the night the team was inducted to the Country Music Hall of Fame in 1991.

Son Del Bryant recalled that on Nov. 28, 2016 he received a panicked phone call that the Gatlinburg wildfire was approaching the Bryants’ home and office there. Firemen evacuated the premises, leaving the songwriters’ precious memorabilia behind. 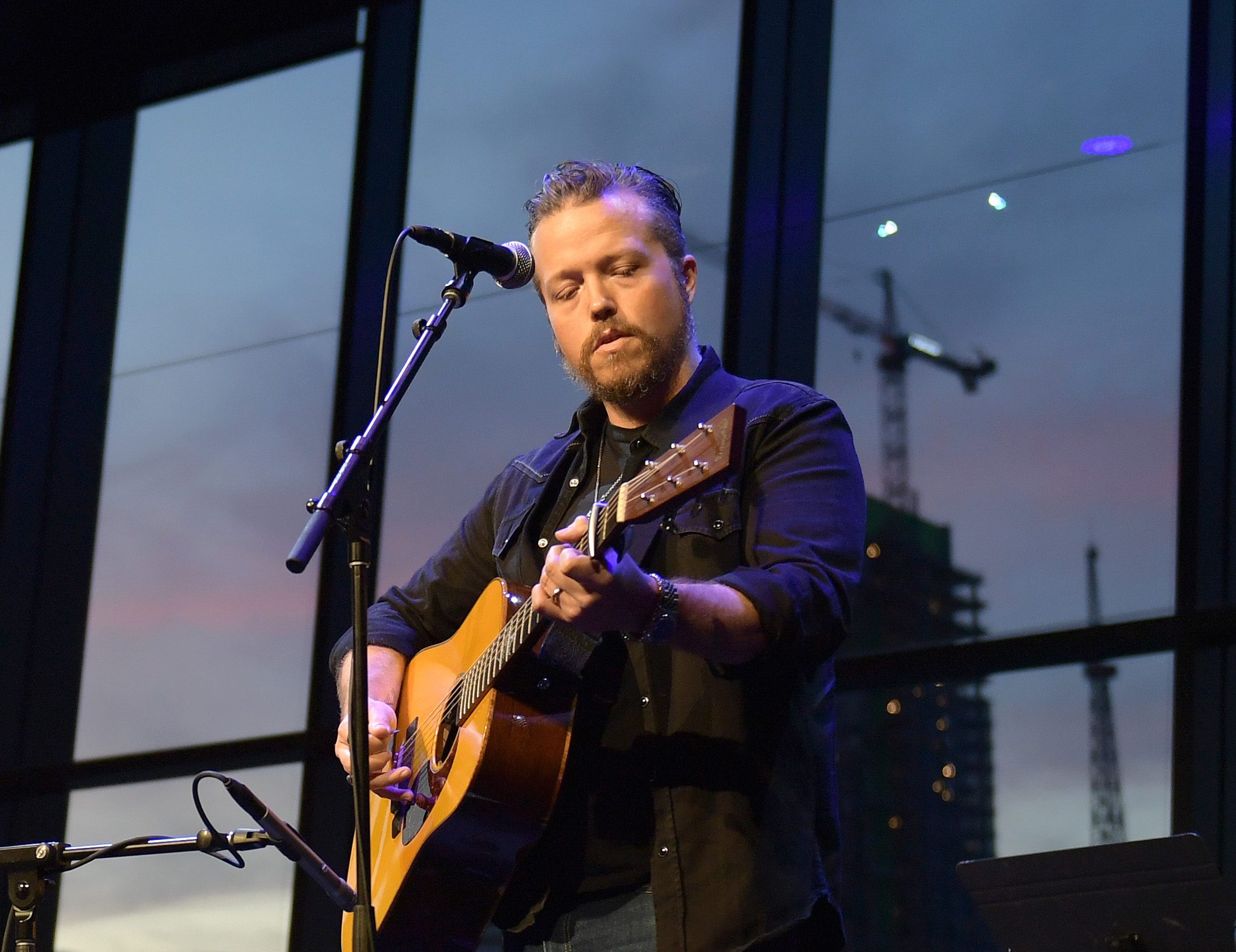 “Fortunately, the house was spared,” Del related. “Everything was irreplaceable and everything was spared. That fire was a catalyst and a wake-up call.”

He and his brother Dane Bryant knew that their parents’ legacy needed to be preserved safely somewhere. The Smithsonian Institution approached them. The University of Tennessee pursued them. Ultimately, they chose the Country Music Hall of Fame as the appropriate repository.

Letting go of the collection, “is almost like losing our parents again, but we are at peace. Now it will have a home in perpetuity. We couldn’t be happier than to be a permanent member of this family.”

The Bryants were the first full-time professional songwriters in Nashville. Their 6,000-song catalog is studded with timeless classics. They made history in taking complete control of their publishing royalties by regaining all of their copyrights and forming their own House of Bryant, where both Dane and Del began their music-business careers in 1967.

Museum v.p. Lisa Purcell welcomed the throng, noting that the Bryants’ songs have resulted in 59 BMI Awards and perhaps more than a half a billion bucks in record sales. 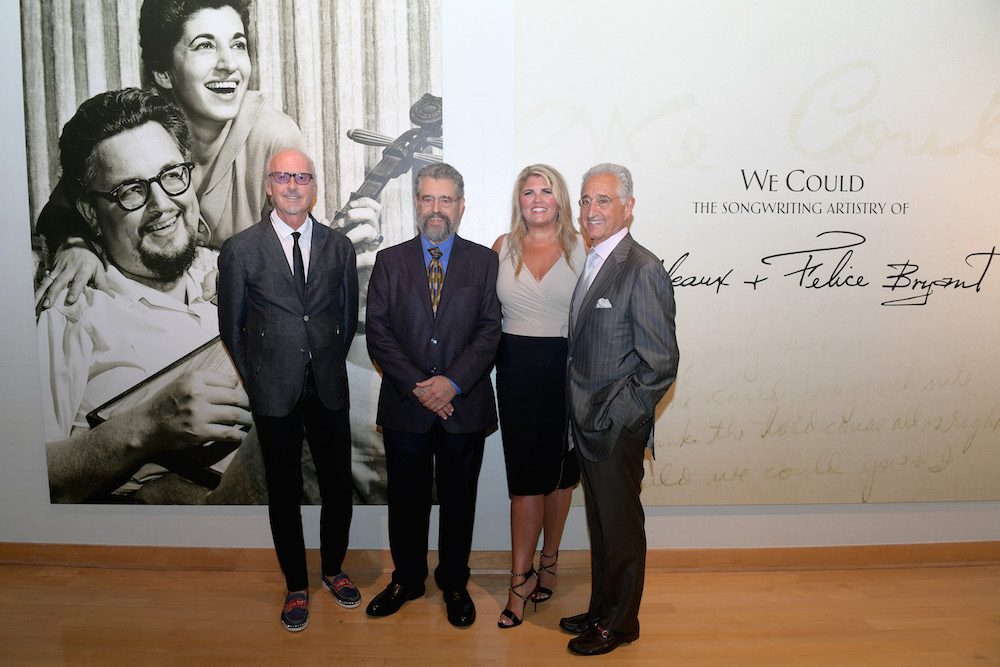 Old Crow Medicine Show kicked off the celebration with a merry rendition of “Country Boy.” That 1949 Jimmy Dickens hit was the first song the Bryants’ had recorded as well as their first hit.

Brenda recapped the couple’s story, noting that they met on Valentine’s Day, 1945. Felice said she had dreamed of Boudleaux coming to Milwaukee to make her his wife. He remarked that Matlida Scaduto should be named Felice and “married” her within days (their official wedding had to wait for her divorce and took place that fall).

She was the driving force behind them becoming a songwriting team. Publisher Fred Rose discovered them and brought them to Music City in 1950.

“It’s fair to say that in the Nashville music industry, the Bryants created the profession of full-time country songwriters,” noted Brenda.

Jason Isbell and Alison Krauss took the stage to harmonize on “Love Hurts,” immortalized by Roy Orbison, The Everly Brothers, Gram Parsons & Emmylou Harris and Nazareth, among others. Bobby Osborne, still vibrant at 87, electrified the crowd with an appropriate finale of “Rocky Top.” It is probably the Bryants’ most-performed composition and a Tennessee State Song.

The songwriting team’s m.o. was to invite artists to their home, ply them with Felice’s Sicilian spaghetti, enjoy wine and then pitch tunes from their ledgers. Fittingly, Thursday’s party fare included pasta dressed with Felice’s marinara recipe. 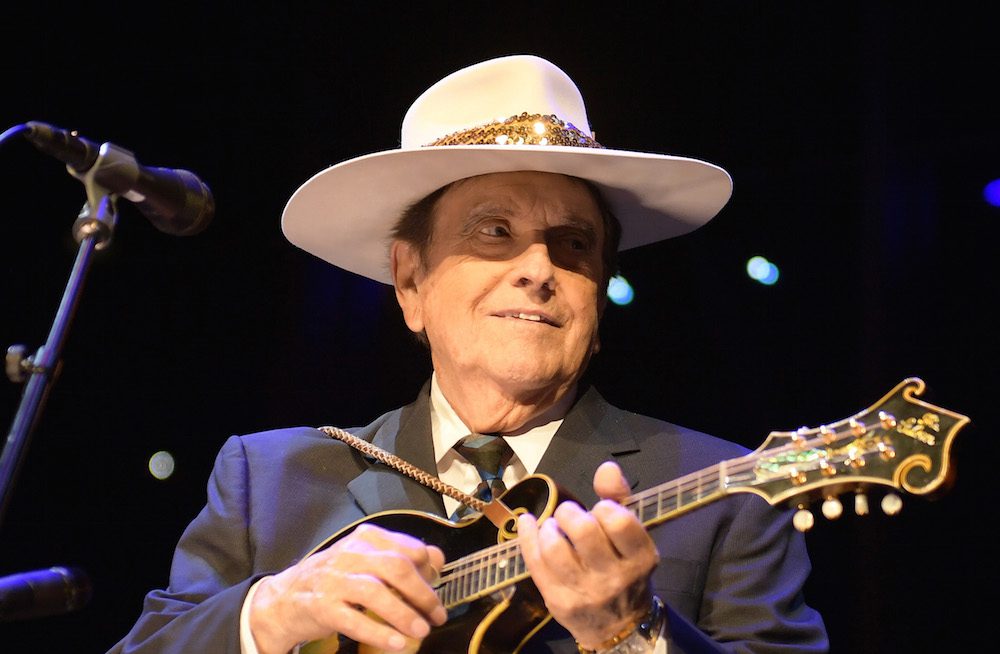 Del choked up when recalling his mother. Dane’s wife, Lee Wilson, wrote the 2017 Bryant biography All I Have to Do Is Dream. Del’s wife, Carolyn Bryant, writes many of the family’s press releases. Both were in attendance, as were many other Bryant family members.

It is a measure of the community’s love and reverence for Boudleaux and Felice that this event was mega. It was so crowded that several folks couldn’t even get into the event hall. Charlie Monk noted that it took a 40-minute wait in the valet-parking line to get to the front door downstairs.

Historians Bobbie & Bill C. Malone were there. They are working on a new book about the Bryants. Dennis Morgan was there, too. He is the only songwriter that Felice ever worked with following Boudleaux’s death. They will take part in a panel discussion about the couple at 2 p.m. Saturday at the museum.

The legendary ledgers are in the exhibit. So is Felice’s handwritten recipe. Boudleaux’s fiddle and guitar are on display, as is the reel tape recorder on which they recorded their demos. Felice’s childhood prayer book is included, too. The exhibit opens today. 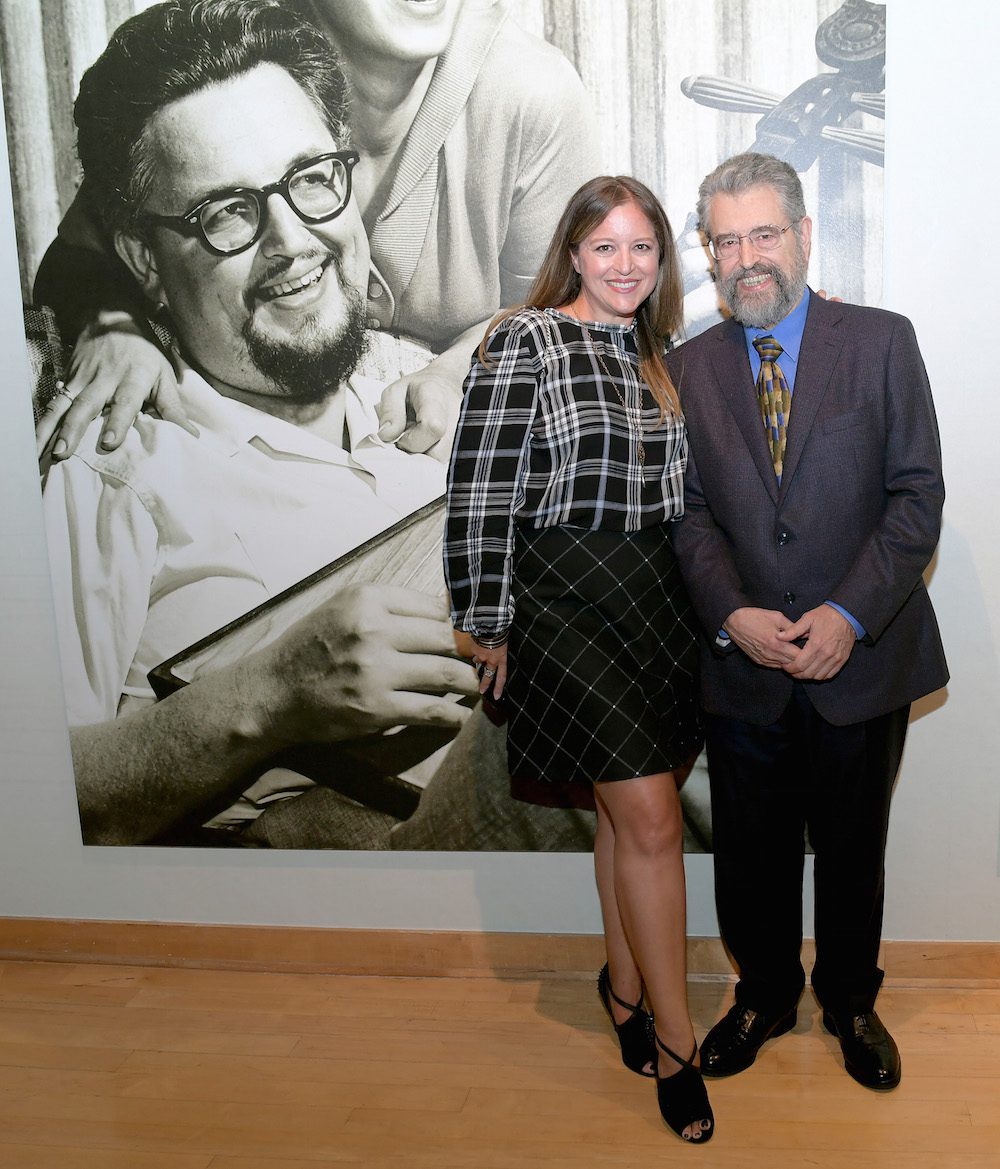