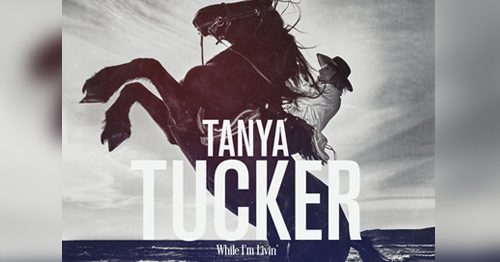 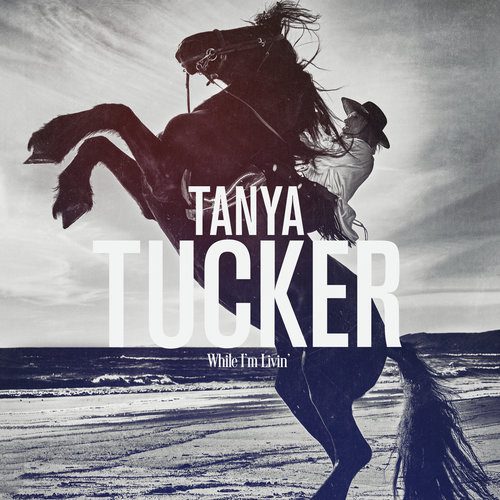 Tanya Tucker is back with a brand new album after 17 years, While I’m Livin’, which is set for release on Aug. 23 via Fantasy Records.

The new project was produced by Brandi Carlile and Shooter Jennings, and marks Tucker’s first for the label and her first new material since 2002’s Tanya. Tucker and Carlile will take the stage for a performance at tonight’s CMT Music Awards.

“Brandi is truly out of this world. She’s talented, smart, funny, never ever slows down and has a heart of gold,” says Tucker of the collaboration. “I just love her. She was like my shadow when we were in the studio. Every time I turned around, she was there. And Shooter, I’ve known him since he was a baby. He’s the one who brought us all together. So I’m ready to get this music out there because it’s different than anything I’ve ever done.”

While I’m Livin’ is largely comprised of songs written by Carlile, the twins Tim and Phil Hanseroth and Tucker. The album’s debut song is “The Wheels of Laredo.” On “The Day My Heart Goes Still” she reflects on her enduring love for her late father, while “Mustang Ridge” recalls Tucker’s hardscrabble childhood in central Texas. While I’m Livin’ also contains some covers including “High Ridin’ Heroes,” a 1987 song Shooter selected that featured David Lynn Jones and his dad, Waylon Jennings, Miranda Lambert’s “The House That Built Me,” and “Hard Luck” the 1979 chestnut by country-rockers, Josefus.

“It’s a musical biography of sorts,” said Carlile, “about Tanya’s real life and the places she’s seen, and it’s narrated by the greatest country and western singer this side of Johnny Cash. We have so few opportunities to thank the legends that have influenced the generations of Country music singers and writers. With Tanya we have quite an opportunity because she’s young. I’m drawn to Tanya Tucker because she’s been to hell and to heaven, not to mention every square inch of Texas. She’s lived, she’s living, she’s got something to say and I’m listening.”