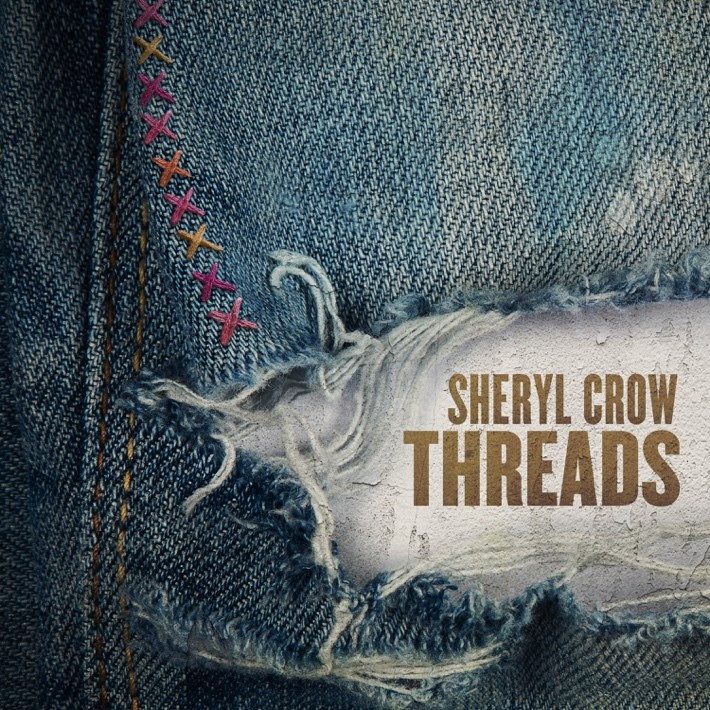 Sheryl Crow has unveiled the tracklist and cover art for her upcoming new album, THREADS. The project is available for pre-order now ahead of the Aug. 30 release on The Valory Music Co. and includes collaborations with Keith Richards, Willie Nelson, Bonnie Raitt, Mavis Staples, James Taylor, Chris Stapleton, and more.

She premiered the new track “Still The Good Old Days” featuring Joe Walsh today. She’ll perform the new song during a run of upcoming European tour dates on The Graham Norton Show, airing tonight at 10:40PM GMT on BBC One.

“’Still The Good Old Days’ totally captures what Joe and I believe about getting older…that life is still fun no matter what stage of life you are at, and that living isn’t just for the young,” said Crow about the new tune.

“I became inspired to record an album of musical experiences with the legacy artists who inspired me to want to be a great songwriter, musician, and producer,” said Crow. “It is a celebration with them, and a tribute to them. Just as importantly, I wanted to work with younger artists on this record, who I believe will pick up the torch and continue to light the way for humanity with their stories and their songs for many years to come. Their music inspires me every day.”