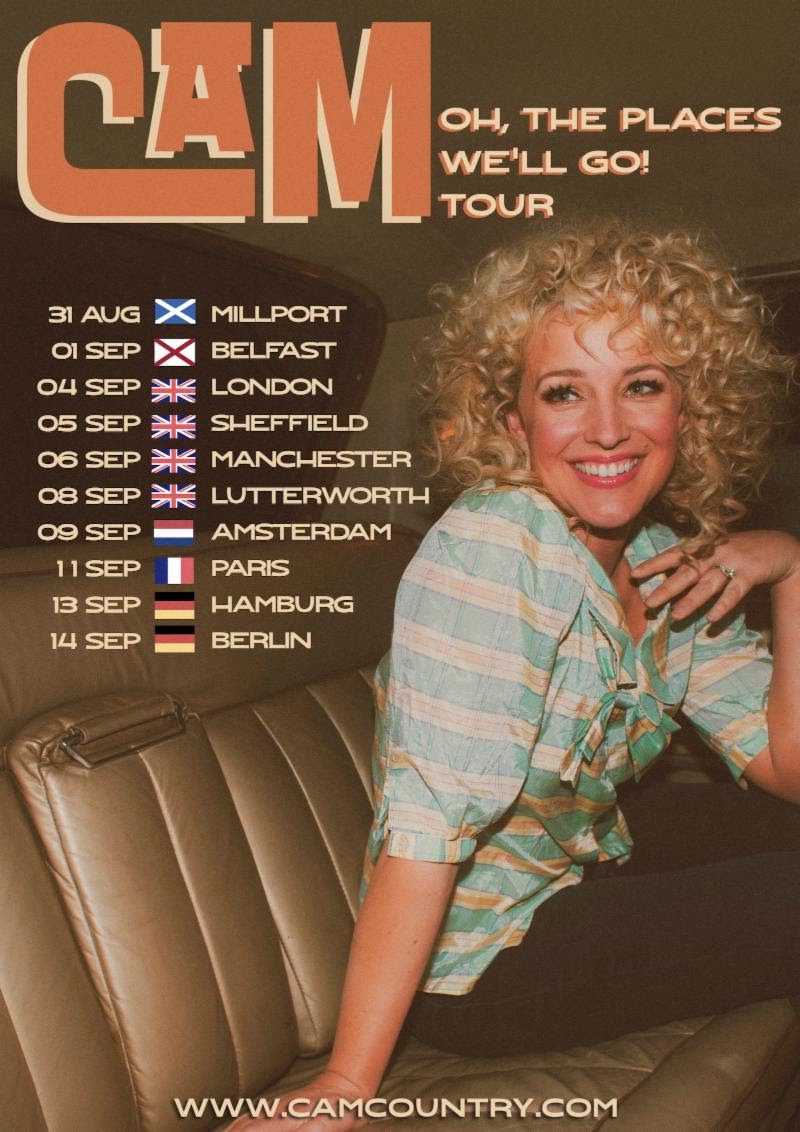 Cam is heading back across the pond this summer for her “Oh, The Places We’ll Go!” Tour. The tour kicks off on August 31st in Millport, UK and will visit 10 cities across Europe before wrapping up in Berlin, Germany on Sept. 14.

“I’m over the moon in love with the European music fans (and the C2C crowds this year definitely made me feel like it’s a mutual thing),” says Cam. “I love the kind of show I get to put on for those audiences, it’s so genuine and connected. And adding shows in cities I’ve never played before, feels like a beautiful adventure.”

Cam has been a bit of a world traveler already this year, kicking off 2019 with a world tour that included dates in Europe, Asia, and Australia. She also performed at this year’s C2C Festival in both Germany and the UK, as well as CMC Rocks in Australia.

Tickets for the “Oh, The Places We’ll Go!” Tour will go on sale this Friday, June 7 at CamCountry.com.

Cam recently released the video for her acoustic rendition of “So Long,” her collaboration with Diplo for his new country project, Thomas Wesley. The two artists filmed the official video for the song backstage at this year’s Stagecoach, which featured guest appearances from Billy Ray Cyrus, Lil Nas X, Guy Fieri, Dwight Yoakam and Sam Hunt, who was also a co-writer on the track.