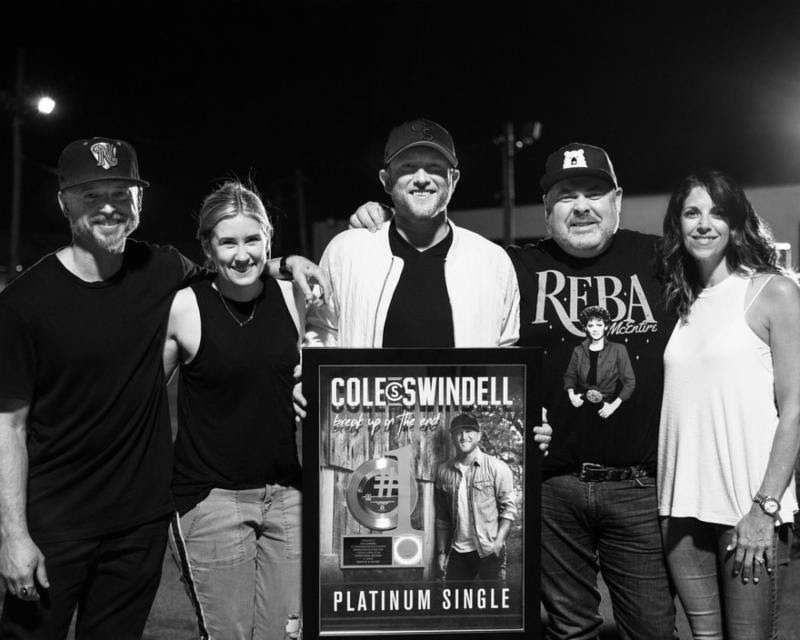 Cole Swindell’s massive hit “Break Up In The End” has become his eighth song to reach the million-selling mark. The song was just certified Platinum by the RIAA, and the Jon Nite, Chase McGill and Jessie Jo Dillon-penned hit is Swindell’s eighth career No. 1 single. The Warner Music Nashville artist was surprised with the plaque presentation last night (May 30) on the set of his video shoot for his current single “Love You Too Late.”

“Break Up In The End” is also nominated for Video of the Year and Male Video of the Year at the fan-voted CMT Music Awards on Wednesday, June 5 live from Nashville. The song was the leadoff single from Swindell’s No. 1 selling third album, All of It, and received a 2019 Grammy nomination for Best Country Song, a 2019 ACM Song of the Year nomination, and was named one of the best country songs of 2018 by Amazon, Spotify, Billboard and You Tube, among others.