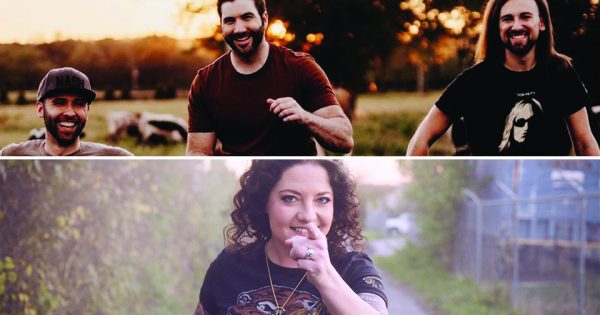 Travis Denning turns up with another winner. Kassi Ashton and Kendall Beard redeem themselves with their sophomore singles. Shane Owens continues to hold the flag high for vintage honky-tonk sonic attitude.

Best of all, the goddess Ashley McBryde has issued the title tune to her awesome album. It earns her an unchallenged Disc of the Day award.

ASHLEY MCBRYDE/Girl Goin’ Nowhere
Writers: McBryde/Jeremy Bussey; Producer: Jay Joyce; Publishers: Songs of Song factory/Universal Tunes, BMI/SESAC; Atlantic
– The ballad title tune of Ashley’s spectacular debut album plucks at every heart string of every picker there ever was. Her tender, aching delivery contrasts the depressing naysayers of her youth with her ultimate glow in the spotlight. The long delay until the band comes in only adds to the exquisite emotional pinpoints. This woman rules.

EASTON CORBIN/Somebody’s Gotta Be Country
Writers: Ashley Gorley/Dallas Davidson/Rhett Akins; Producer: none listed; Publisher: none listed; EC
– Ya gotta love it. It’s yet another proud-to-be-country romp. But his delivery is just so earnest and good natured that you can’t help smiling. A happy redneck winner.

KASSI ASHTON/Violins
Writers: Kassi Ashton/Luke Dick/Natalie Hemby; Producers: Luke Dick/Luke Laird; Publishers: none listed; MCA
– Despite what you might expect from the title, this is feisty, rocking and smart-ass. The gist is that whatever sympathy tune he’s playing, she ain’t listening. Her spitfire delivery is packed with tart attitude.

TRAVIS DENNING/After A Few
Writers: Travis Denning/Kelly Archer/Justin Weaver; Producer: none listed; Publisher: none listed; Mercury
– It has a nice, rolling groove with a thumping undertow. His urgent vocal relays the story of a guy who relapses with an ex way too often. I remain a booster of this fellow.

SHANE OWENS/Love To Try Them On
Writers: noen listed; Producer: none listed; Publisher: none listed; Amerimonte
– It’s sort of an answer to “Who’s Gonna Fill Their Shoes?” Which means it is perfect for a hardcore traditionalist like Shane. On top of that, it’s a toe-tapping, honky-tonkin’ par-tay. While he tips his hat to George Jones, Merle Haggard, Vern Gosdin and Keith Whitley, he has a blast. Play it.

JOHN SCHNEIDER/Who Da Baby Daddy
Writers: Haselden; Producers: Paul Leim, Schneider, Alicia Allain, Bob Bullock; Publisher: none listed; Maven (track)
– Ripping off Stevie Wonder’s groove to “Superstition” is not a promising start. Attempting a black accent while relating the Christmas story digs the hole deeper. However, I have to admit that the lyric is as clever as the dickens. Definitely worth a listen.