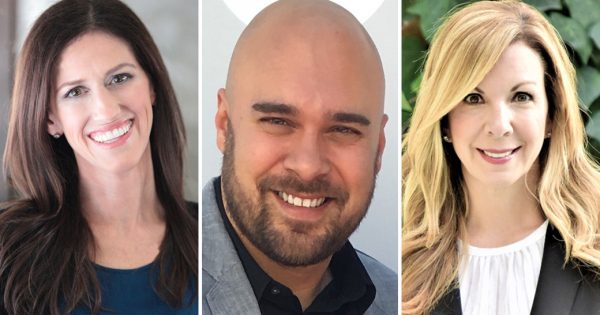 Gierahn joined dcp in March of 2017 and will continue to oversee production of the company’s development initiatives as well as all production efforts across dcp’s specials and live event programming including the Academy of Country Music Awards, American Music Awards, Billboard Music Awards, Dick Clark’s New Year’s Rockin’ Eve with Ryan Seacrest, Golden Globe Awards and the NBA Awards in her new role as EVP of Production. A production executive with more than 20 years in the industry, Gierahn has worked on a variety of events in music, fashion and sports, and prior to joining dcp oversaw production of VH1’s tentpole events and specials while also working across cable networks MTV, CMT, Logo and more.

Striewski joined dcp in December of 2016. As EVP of Communications & Marketing, she will lead marketing and publicity efforts for all dcp programming including the Academy of Country Music Awards, American Music Awards, Billboard Music Awards, Dick Clark’s New Year’s Rockin’ Eve with Ryan Seacrest, Golden Globe Awards and So You Think You Can Dance, as well as the company’s overall corporate communications strategy. A communications executive with more than 22 years in the industry, Striewski has led campaigns for many top brands including Nintendo of America, Stand Up To Cancer, Puma, Dell, and Tesla throughout her career. Prior to joining dcp, she spent several years on the agency side with Golin and entertainment firm B|W|R Public Relations, among others.

“Linda’s ability to seamlessly oversee the complex execution of the company’s high-profile live event programming has contributed to the positive evolution of our productions,” said Thurlow.  “Kelly’s forward-thinking marketing and communications initiatives have helped shape the way we reach viewers today. Their invaluable expertise in their respective fields has helped guide dcp’s continued growth and I am thrilled to announce their expanded roles.”

“Alexi’s creative vision and innovative ideas in both broadcast and digital content have made him an integral part of the production and development team at dcp,” said Bracco.  “I look forward to his continued accomplishments in his new role.”