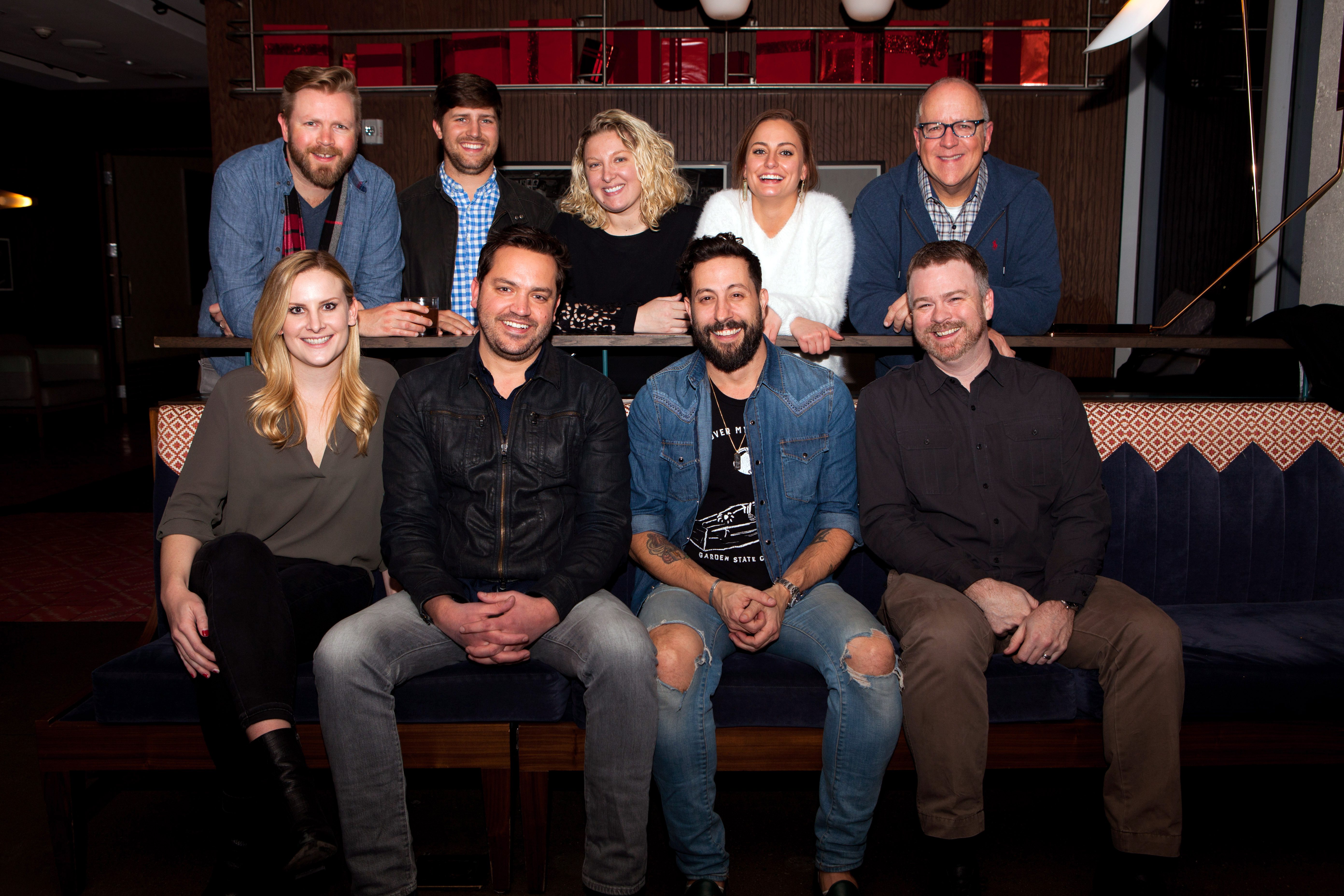 Ramsey has penned nine No 1. hits for both Old Dominion and other artists, including Kenny Chesney (“Save It for a Rainy Day”), Sam Hunt (“Make You Miss Me”), Dierks Bentley (“Say You Do”), Luke Bryan (“Goodbye Girl”), and Tim McGraw (“Kiss A Girl”), among others.

“We’re pumped to welcome Matt to the Warner/Chappell family,” said Ben Vaughn, President of Warner/Chappell Nashville. “Watching him grow in the community as a successful songwriter and now as a top artist has been incredible. He has the ability to make music that is uniquely identifiable, like the life observations in ‘No Such Thing as a Broken Heart’ or the commercial depth of ‘Written in the Sand.’”

“Matt is one of a kind,” echoed Travis Carter, Vice President, A&R at Warner/Chappell Nashville. “I’ve known him for years, and I’m constantly impressed with the fresh perspective he brings to songwriting.”

“Some of the people at Warner/Chappell are among the very first people I met when I moved to Nashville,” said Ramsey. “We’ve sort of risen through the ranks together, but the opportunity to work directly with each other never quite lined up until now. I’m excited to work with a group of people that know how important songwriting is to me, and have cheered me on for over a decade.”

Ramsey is currently on the road with Old Dominion for their Happy Endings World Tour. Happy Endings, the band’s sophomore album, debuted at No. 1 on the Billboard Top Country Albums Chart and produced three No. 1s co-written by Ramsey, “Written in the Sand,” “No Such Thing as a Broken Heart,” and “Hotel Key.” The two-time CMA Triple Play Award winner was also named last year’s ASCAP Artist-Songwriter of the Year, and in 2018, he won the Association of Independent Music Publishers Artists Writers of the Year award. As a part of Old Dominion, he also won the Academy of Country Music Award for New Vocal Duo or Group of the Year, the American Country Countdown Award for Breakthrough Group/Duo of the Year and the 2018 ACM Award for Vocal Group of the Year.

Ramsey was represented by Morris Higham Management and Jess Rosen of Greenberg/Traurig in this deal.