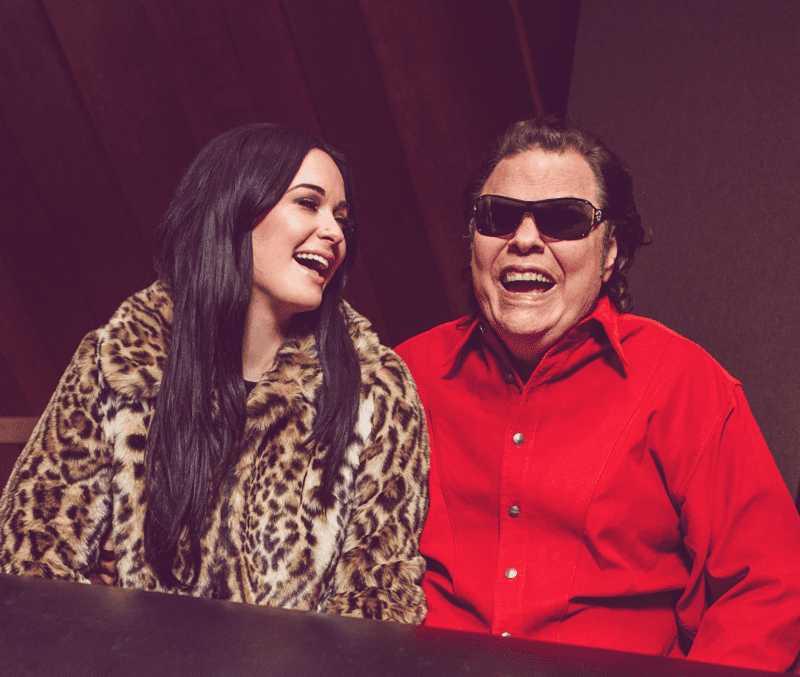 Ronnie Milsap is kicking off the New Year with a brand new album, Ronnie Milsap: The Duets (Riser House/Sony). The 13-track collection, set for release Jan. 18, includes reinvented versions of “Smoky Mountain Rain,” “Stranger In My House,” “Lost In The Fifties,” and more Milsap favorites.

People has debuted one of the new tracks, Kacey Musgraves‘ spunky duet with Milsap of the 1982 Grammy-winning “There’s No Getting Over Me,”  and the country legend said of their duet, “Singing with Kacey is so much fun. She’s a pure vocalist and knows how to lean into a melody. Having her on this gave the song a whole new twist, which is what music is all about. How do you take what you know and make it even more?”

Recorded at Ronnie’s Place, the studio the former Entertainer of the Year built at the height of his success, Ronnie Milsap: The Duets marries his much loved hits with a few new gems. Co-produced with long-term collaborator Rob Galbraith, the album also includes collaborations with fellow Entertainers of the Year Jason Aldean, Luke Bryan, George Strait and Dolly Parton, as well as Little Big Town and Montgomery Gentry, on what are likely among the late Troy Gentry‘s last recordings. Duets with Billy F. Gibbons, Steven Curtis Chapman, Lucy Angel and Jesse Key, and Leon Russell also appear on the project.