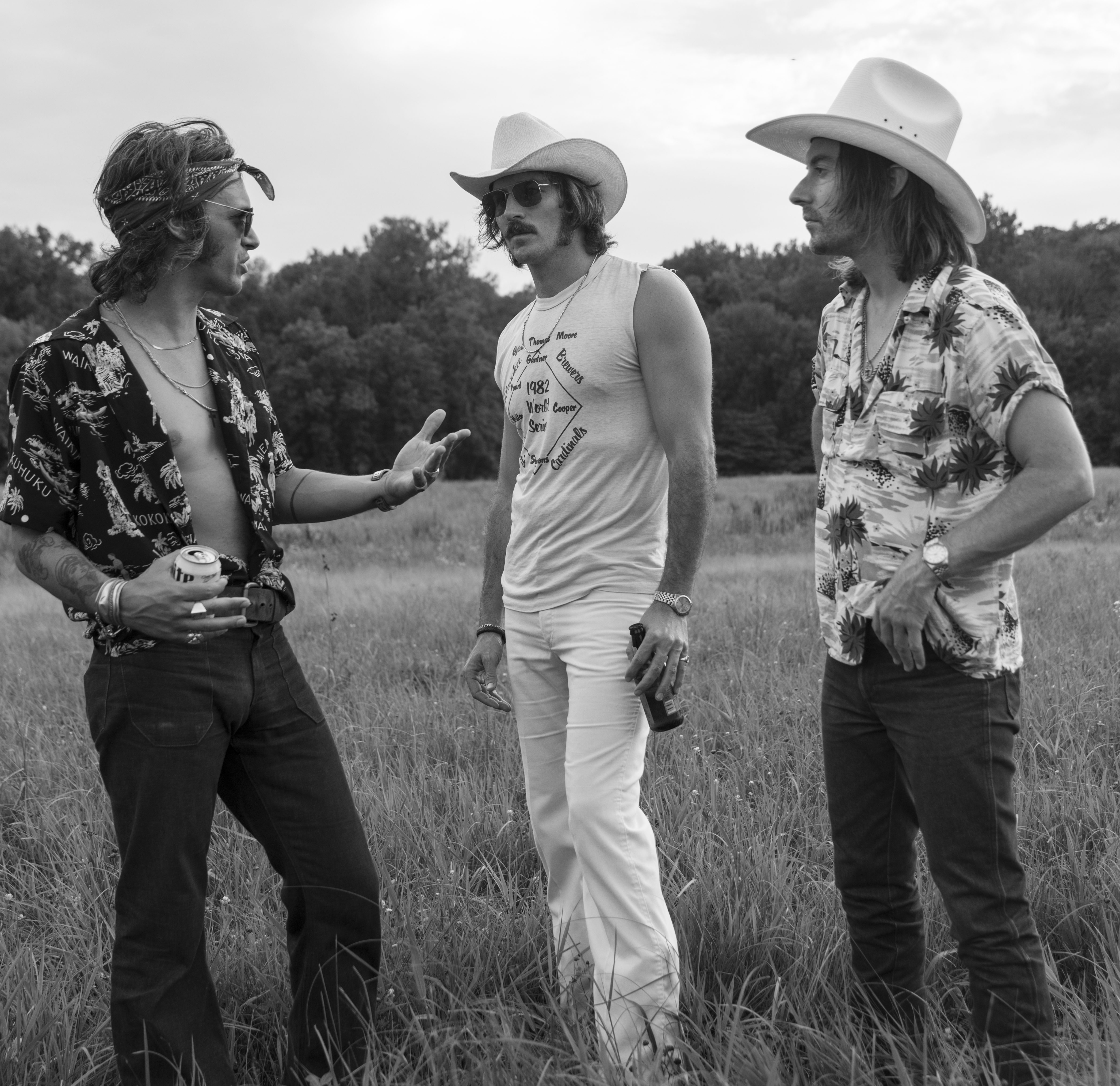 In just over a year, Midland members Mark Wystrach, Cameron Duddy, and Jess Carson ushered in a sterling, neo-traditional sound, seemingly custom-made to appeal to both the bottle-breaking, rowdy barflies they performed for in the honky-tonks of Texas, as well as fans who embrace country music’s more progressive sound.

Their breakthrough single, “Drinkin’ Problem,” with its rustic, authentic rendering, has been certified Platinum by the RIAA and became the trio’s first No. 1 song, off their debut Big Machine Label Group album On The Rocks. On Spotify, the group has gained approximately 1.6 million monthly listeners.

“Drinkin’ Problem” earned the trio a nomination for Single of the Year at the upcoming CMA Awards, a nomination that also honors producers Dann Huff, Shane McAnally, and Josh Osborne, as well as mix engineer Justin Niebank.

Midland is nominated in two additional CMA categories, including New Artist of the Year, as well as Vocal Group of the Year.

“This year, we’ve been touring non-stop,” Wystrach tells MusicRow, not long after the nominations were announced. “We weren’t really aware that the [CMA] nominations were coming out because we were so busy. It put fuel in our tank and was a rewarding day. All the work you are doing is being recognized and noticed and it will help us to continue to accomplish our goals.”

They do have a few predictions for what will happen should their names be called as the winner in any of those categories.

“I bet Cameron will be a sobbing mess,” Wystrach adds. “Jess will probably take over, perhaps give one of the best speeches in CMA music history and I’ll be emotional, too. After that, Jess will probably crack open a nice bottle of pinot grigio or even perhaps a nice oaky buttery chardonnay, or a sauvignon blanc and after that who knows? Just getting nominated is such a big thing that, winners or losers, we’ll be partying like winners no matter what.”

Later this month, the Texas trio will set out on their own set of headlining dates for the Electric Rodeo Tour. Most recently, the trio has been performing for fans as part of Thomas Rhett’s Life Changes Tour.

“On paper it maybe seems improbable,” says Carson. “But Thomas Rhett has worked really hard to curate an amazing following, and a fun crowd that is literally there just to consume music.”

Carson adds, “For us it’s exciting to expose an all-new audience and even a younger, more pop-oriented audience to our music and they are loving it.”

Given the trio’s hectic schedule, efficiency was top of mind when it came to shooting the laid-back, smoky video for their latest single “Burn Out,” which was shot in one take at iconic honky tonk Billy Bob’s in Texas.

“It’s hard to tear yourself away from touring to do much else, much less direct and make a music video,” says Duddy, whose music video director credits have also included recent work for Bruno Mars (“24K Magic,” “Versace On The Floor”) and Jennifer Lopez (“Ain’t Your Mama”).

“It was designed to be an easy day of shooting, like one location and one setup,” continues Duddy, who collaborated with director TK McKamy on the video. “When you are doing a one-shot video, it’s all about the pre-production. It was organized chaos, as opposed to just flat-out chaos as most videos end up being. We’ve played Billy Bob’s a half-dozen times, and they gave us carte blanche to do pretty much whatever we wanted there. With their help, this whole thing came together and it is very authentic to our story and our sensibilities.”

Between tour dates, the trio has been piecing together their follow-up album. The trio has been in studios in Nashville and Texas, working on new album that Wystrach says is “75 percent in the can. We just spent three days down in Austin recording vocals.”

“We are chomping at the bit to put out new music,” he says. “If it was up to us, we would have released a new album at the end of this year, but ‘Burn Out’ is getting really strong reaction at radio. Hopefully we will put out our next album not long after.”

The group is again working with mega-writers and producers Shane McAnally and Josh Osborne for the followup album, and folded in new collaborations with writers including Marv Green, Bob DiPiero, Rhett Akins and Liz Rose, among others.

Asked how their sound continues to grow, Carson quips, “We are developing. A lot of the album is about what works live. We’ve gotten our own [band] guys into the studio. In Nashville that’s not the most usual thing, to get your road band into the studio with you, but we did. We used session musicians, too. It is very much a continuation of On The Rocks and we feel like it’s maturing. We have experience under our belt. We all wear one belt—it’s a three-person belt.”