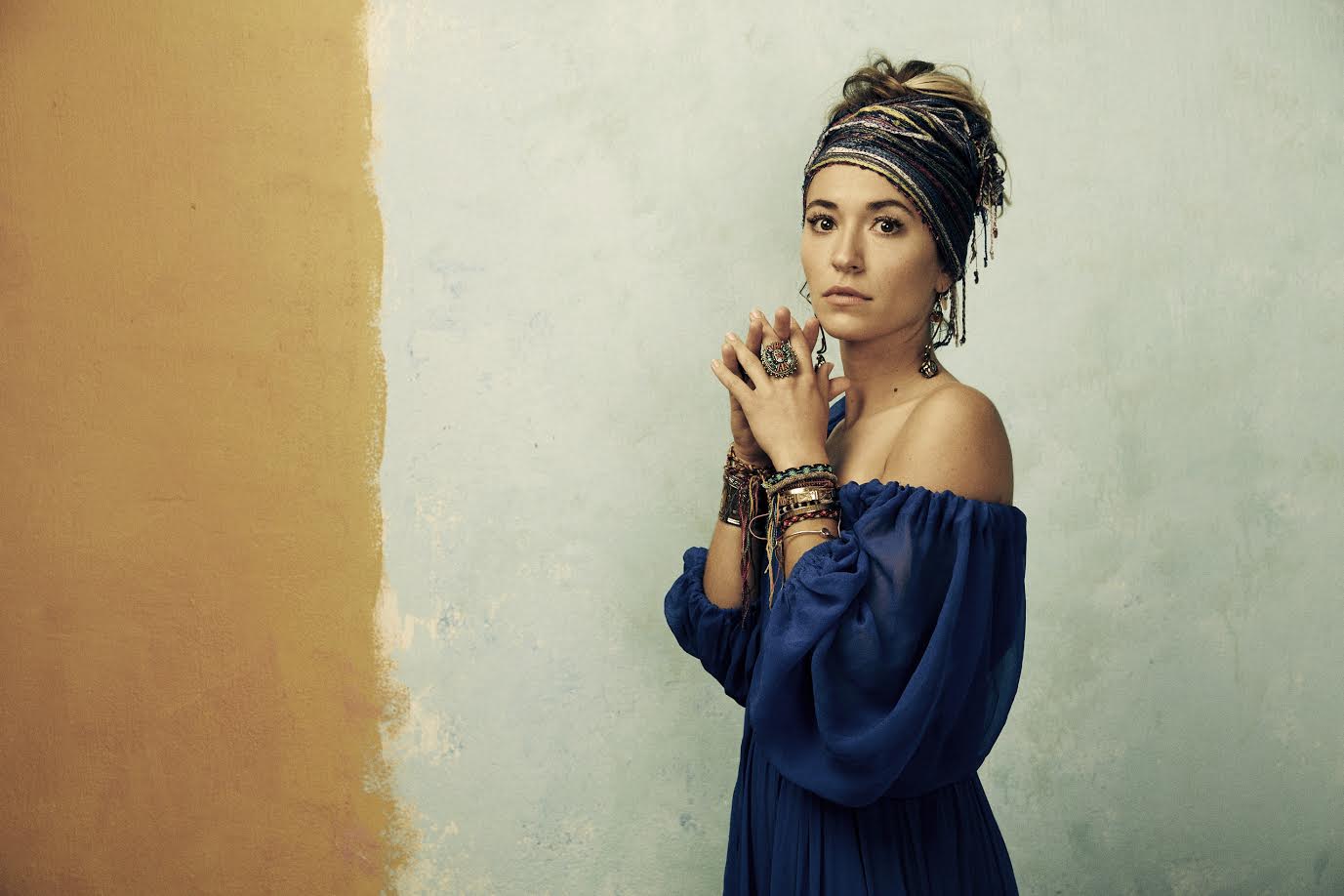 “I was listening to an interview that John Mayer did and he said that he never makes a second record, he just keeps making a first record. I feel like that is exactly how I feel with this album,” says singer-songwriter Lauren Daigle, who released her own sophomore album of original work, Look Up Child, on Centricity Music on Sept. 7.

The project is the long-awaited follow-up to Daigle’s debut project How Can It Be, which released in 2015 and earned the contemporary Christian Music artist a platinum certification from the RIAA. How Can It Be is one of only five albums in the Christian genre to attain Platinum status since 2003, and the first from a female artist since 2001. Daigle also released the holiday album Behold in 2016.

How Can It Be, and Daigle’s unique sound, became one of the CCM industry’s biggest success stories in recent years, earning three gold-selling singles, “Trust In You,” the title track “How Can It Be,” and “First.”

Last year, her collaboration with Reba McEntire on “Back To God” earned Daigle another No. 1 single. “You Say,” the first single from Look Up Child, followed suit, cresting atop the Hot Christian Songs chart.

“I feel like this is a child of its own,” she says of Look Up Child. “This is the first time I’ve released music having an audience already, whereas when you are releasing music for the very first time, you are kind of throwing it out there and guessing who the people will be that listen to it and fall in love with it. With this album, I’m writing songs for faces that I’ve gotten to see throughout the years on the road.”

Given that Daigle and Centricity have become one of the biggest success stories to come out of CCM music in the past few years, many would expect that Daigle and company would release a follow up album as quickly as possible.

That didn’t happen. Instead, Nashville resident Daigle decamped back to her native Louisiana for about a year.

“I heard Adele say once that she had to go away for four years so she could experience life again and write from that place,” Daigle says. “That’s the exact same approach I had. I took a season off just to breathe and process everything I had been going through.”

Daigle spent time with friends and family, away from the bustle of the music industry. She visited campgrounds along Highway 1 in California, and traveled to Mexico.

“My life was flipped upside down in a second,” she recalls of the swift success of her album. “Just four years ago, I was waiting tables at Chuy’s. So in that process it’s been honestly super surreal, seeing, just moments that you didn’t know how to prepare for so it meant you just had to jump in. All of the success and failure and disappointment and excitement, it all kind of weaves a little tapestry in your heart, and then you go into work on another project and it subconsciously comes out.”

Like Adele, Daigle’s voice is saturated with soulful influences and holds an impressive range, most notably displayed on the album’s captivating opener “Still Rolling Stones,” a track that resembles Adele’s early hits such as “Rumor Has It.”

“I told my producer, ‘I want to sweat in the set.’ Like in New Orleans, everybody is dancing and people are getting sweaty and it’s just this beautiful moment of community. I really wanted to capture that essence on this record. I think that’s the song that did it.”

Daigle formally began the writing and recording process on her second album, Look Up Child, in January, reuniting with writer-producers Jason Ingram and Paul Mabury, who helmed her first album. Clustered in Mabury’s studio atop a wooded hill in Franklin, Tennessee, Daigle and team penned nine of the album’s 13 songs within three weeks.

Throughout the album, stringwork enhances her voice, thanks to Nashville musicians and the arrangement work from Brett Mabury, who happens to be Paul Mabury’s twin brother. The orchestra would create one of Daigle’s favorite moments on the record. 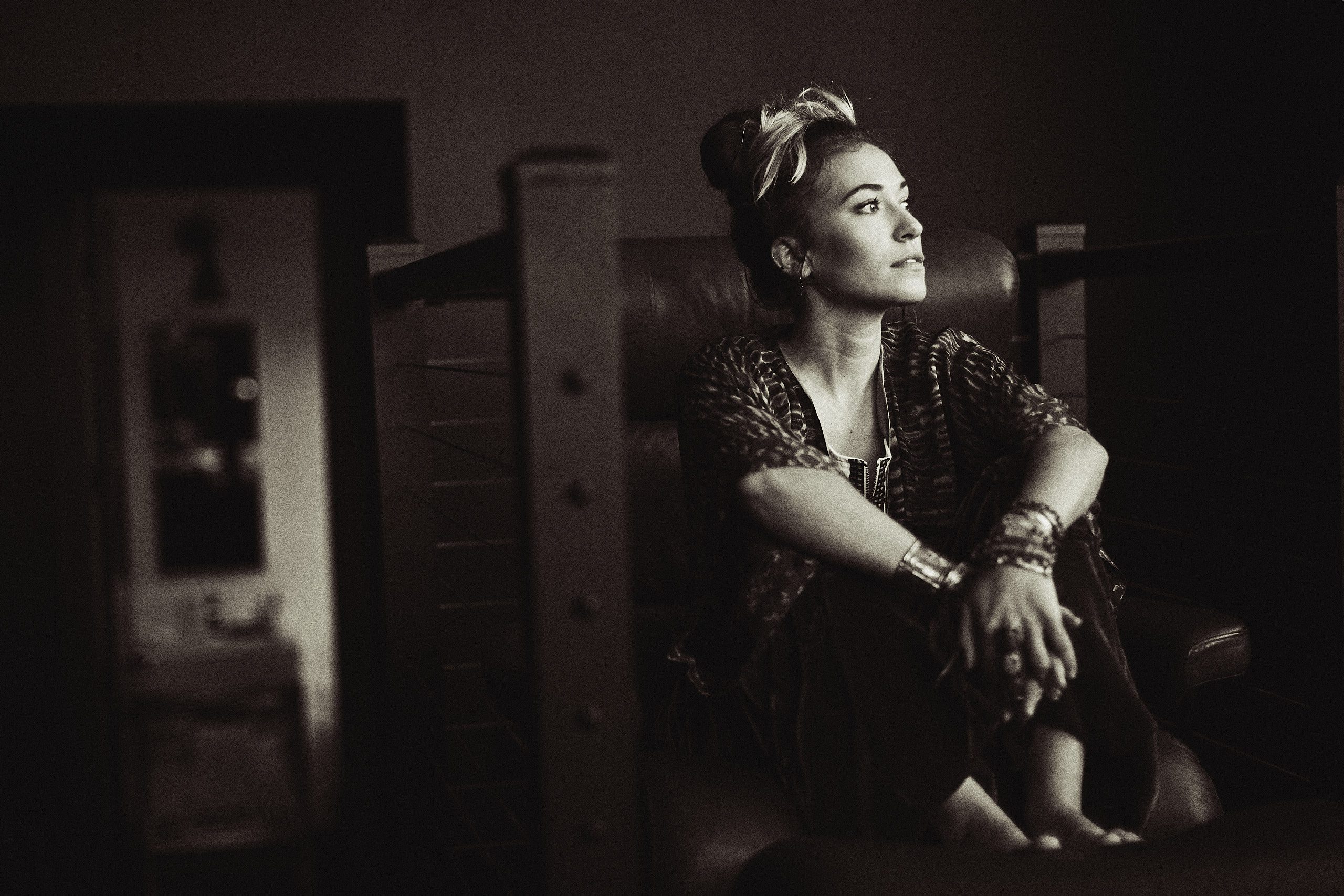 “That was the first time that I’ve experienced anything like that. I’ve never been in a studio with an orchestra. A song called ‘This Girl’ is the most personal song on the record, and the orchestra did this string piece with the piano. At the end of that piece the entire orchestra was silent. Nobody could break the silence because the moment in the room was so heavy and you could see tears start to fall down people’s faces.”

The album holds tightly to piano and string-based arrangements, even as it sneaks in hits of doo-wop (“Your Wings”) and a vintage Lauryn Hill-esque arrangement of the hymn “Turn Your Eyes.”

“There are so many moments during making the album where we would just pull out that [1998’s The Miseducation of Lauryn Hill] record and just listen to it. Paul always says, ‘The history is in the music. If you want to make good music, you have to know the history.’ In making this record, we also studied a lot. He put on a Roberta Flack or Andrae Crouch, and I would just sit there and marvel.”

Daigle’s love of soulful pop & R&B vocalists is the product of a childhood filled with elements of jazz, pop and zydeco.

“This is kind of comical, but I didn’t even know what CCM was until I was already in it. They would say like, ‘This CCM station,’ and I would be like ‘What is CCM?’ It wasn’t until then that I really learned.”

Daigle grew up enthralled by the music of iconic vocalists Celine Dion and Whitney Houston, and initially pursued a pop career. As a teenager, Daigle competed on American Idol for three seasons, to varying degrees of success. During her Idol experience, Daigle realized she longed to return home to lead worship at her church.

A series of quirky events placed Daigle onstage in front of Centricity Music execs while she was a college student at the University of Louisiana. While Daigle was a backup vocalist for a music group, the group was invited to attend a Centricity Music artist retreat, a musical conference that allows aspiring musicians to perform for and interact with music executives in the Contemporary Christian Music industry. The day of the group’s performance, the lead singer was rushed to a hospital for an emergency appendectomy, leaving Daigle to take on lead vocal duties. Centricity execs were captured by what they heard.

Daigle signed with Centricity and over the course of two years, that breakthrough debut album would earn the singer six Dove Awards, two Grammy nominations, and an American Music Award.

Look Up Child’s lead single, “You Say,” was actually penned shortly after the release of her debut album, on a rare day off in Nashville in the middle of her tour.

“I loved the message of the song,” Daigle says, “but because the life of How Can It Be wasn’t over, I was like, ‘I don’t want to release it yet. I think it needs to be part of a project.’ So my label was so kind in honoring that and waited to release it for two-and-a -half years.”

The wait was worth it, as the song is Daigle’s latest No. 1 single.