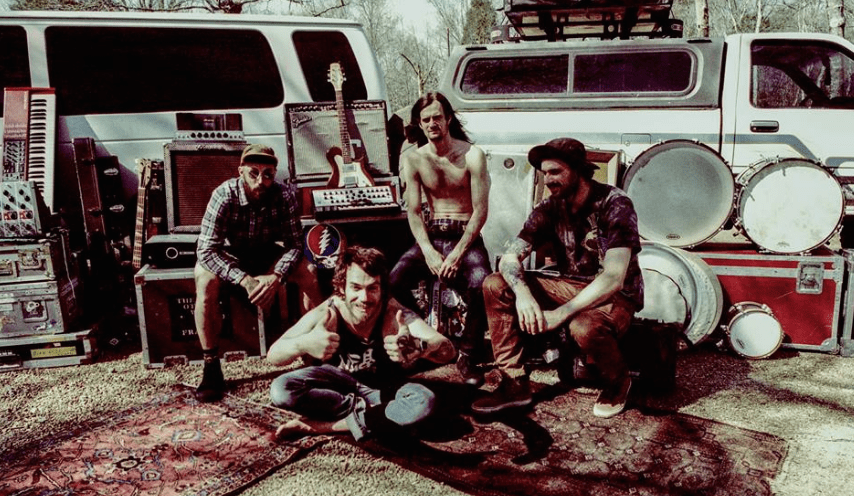 “Visually I wanted to present the song in a cinematic and contemplative way,” says Staebler, “something that people enjoy re-watching and finding new details in. I wanted a lush landscape and a peaceful and patient environment to work in. Something that would bleed its own blood into the final product by simply existing in the place. I shot the video on 16mm film on location and in studio. Film bleeds its own blood too and I think this video holds the real feelings of the song, the environment and the medium.”

“I wanted ‘Diamond’ to show two sides of a common problem I have with my ego and personality,” adds All Them Witches singer-bassist Charles Michael Parks, Jr. “The first is being content with where I am, physically and mentally, and the second being a constant drive to leave, to go anywhere other than where I am, to let my scattered thoughts draw me to a comparable scattered lifestyle. If forced to go to town, I seem to develop the city equivalent of allergies and slowly take note as my windpipe or nasal cavities shut down. I don’t get sick at home and I seem to always get sick on tour. Music does not exist in the country though. I can’t get on stage in the cow pasture and let my aggression out, so I go on tour to satiate a lust for a non-sedentary lifestyle and stay home to drown out the sensory Hellscape of the city. Both personalities can and do appear at random, and both can take the wheel and lead me anywhere.”

All Them Witches will hit the road for their North American headlining tour, kicking off Friday, Oct. 12 at Lake Perris, California’s Desert Daze alongside artists Tame Impala, Warpaint, Connan Mockasin, and more. Then, they will cross the Atlantic next year for a European tour, set to begin April 11 in Helsinki, Finland.