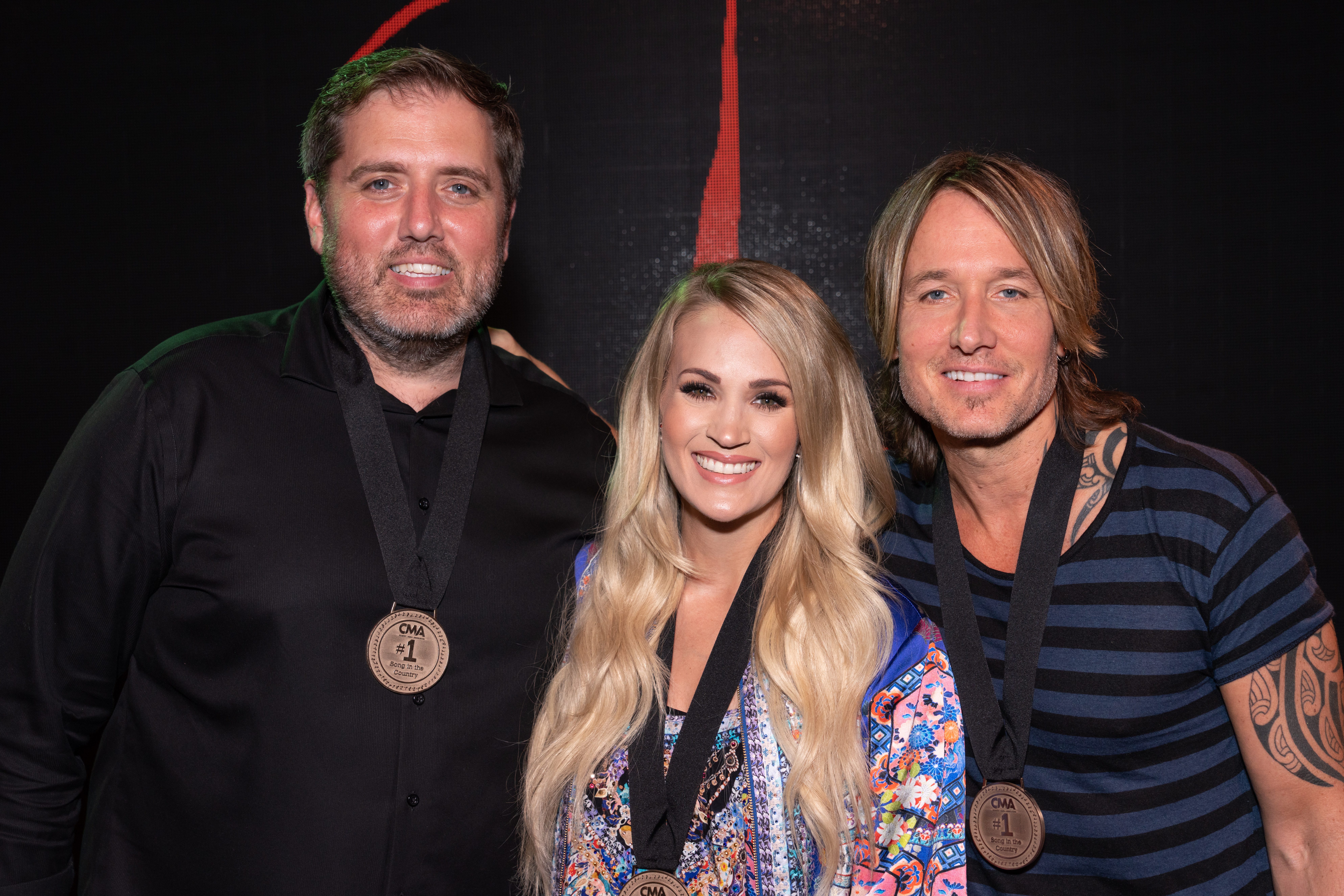 “‘The Fighter’ was born out of a real conversation I had with my wife before we got married, trying to reassure her that I was a safe place and that I would take care of her so she could remain vulnerable and didn’t have to become hardened,” confessed Keith Urban at the No. 1 party for one of his 24 No. 1 songs.

“…I’m saying too much, but people say you have to have thick skin…I don’t agree with that,” continued Urban. “I think you should be vulnerable and have your spirit and be real. And maybe if people would stop being so harsh—especially toward ourselves sometimes—we could be just me more of who we already are, which is pure spirit, fragile and real. Real human beings. ‘When they try to get to you, baby I’ll be the fighter’ is what that’s about.”

Urban was joined on stage by co-writer and co-producer busbee, who was celebrating his fifth No. 1 single. Urban’s duet partner and labelmate Carrie Underwood also joined to celebrate the chart-topping song. The three performed “The Fighter” during the party, one year and two weeks after the single reached the top of the charts.

“It’s never too late to celebrate a No. 1 record,” teased host Jody Williams in representing his BMI writers. Pinnacle Bank made a donation on behalf of the writers.

“This is an honest [song] with one person completely showing all their vulnerabilities,” gushed label president Mike Dungan. “…and it’s a tempo. What a wonderful thing!”

While Underwood’s vocals were recorded in Pennsylvania, the song was written at Kensaltown Studios in London after busbee flew to write with Urban during a break.

“Keith worked out in the morning and ran to the studio,” recalled busbee. “As soon as he could get it out of his mouth we were singing this to each other. It was one of those magical days. [Songwriting] is an otherly thing. I believe in God…we walk in to a room and pull something out of the sky.”

Underwood testified to the songwriting process, saying, “The demo was busbee doing all the girl stuff. Thank you for that little gift. I saved it…that’s gonna come back to haunt you at some point.”

“This is a spins party, so it’s about our radio promotion team,” continued Dungan. “Nobody beats the Capitol team: Bobby Young, Mara Sidweber, Brent Jones, Annie Sandor, Ashley Laws, Megan Youngblood, and Katelyn Lester.” Nearly everyone who took the stage recognized the same promo department, including Urban, who named everyone without notes. 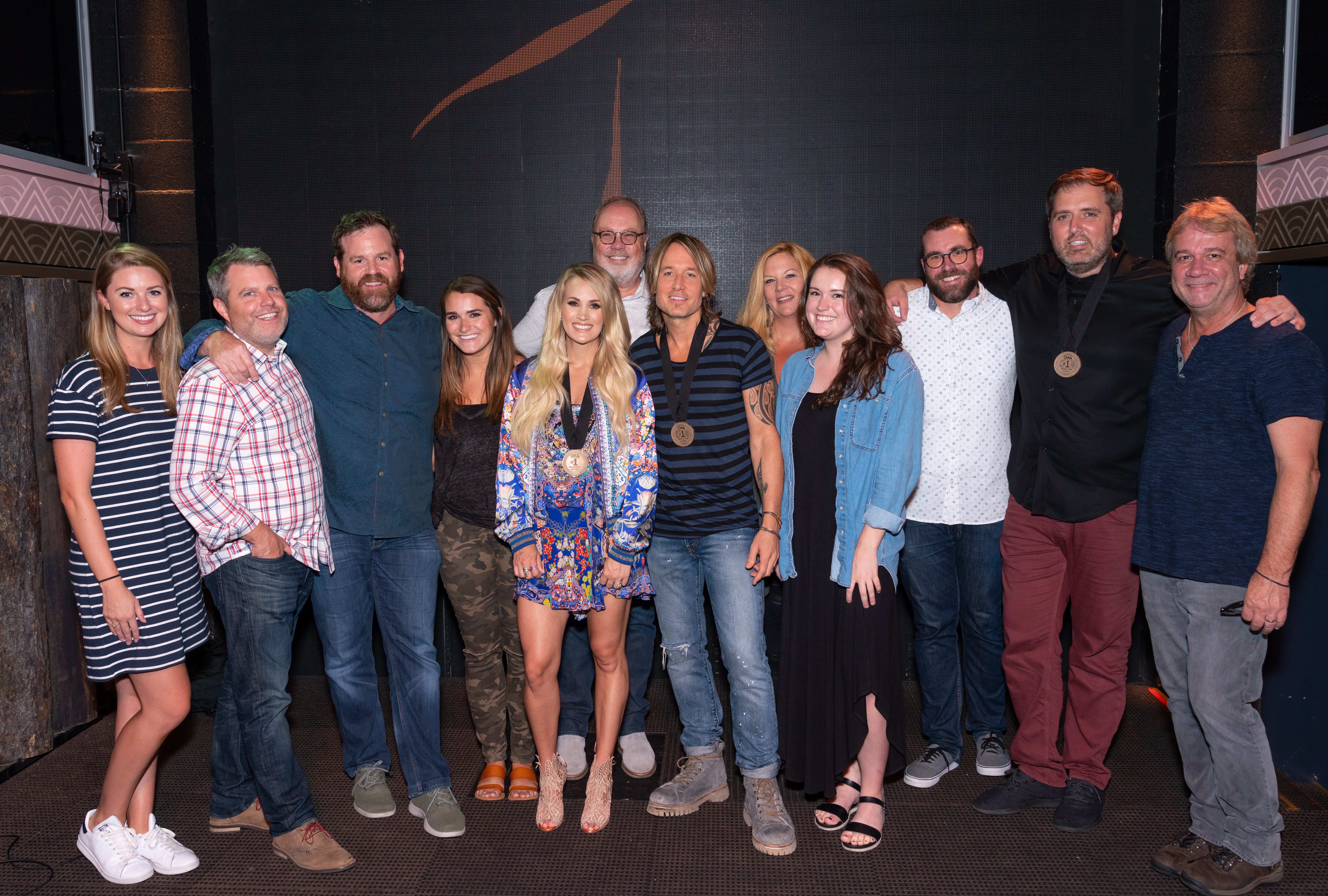 Williams congratulated busbee’s publishers on the song, Ben Vaughn and BJ Hill from Warner/Chappell. Publishers who lauded the creatives from the stage included Daniel Lee from BMG and Ron Stuve from Universal Music Publishing Group. Brandi Simms from the CMA was also on hand to deliver No. 1 medallions. 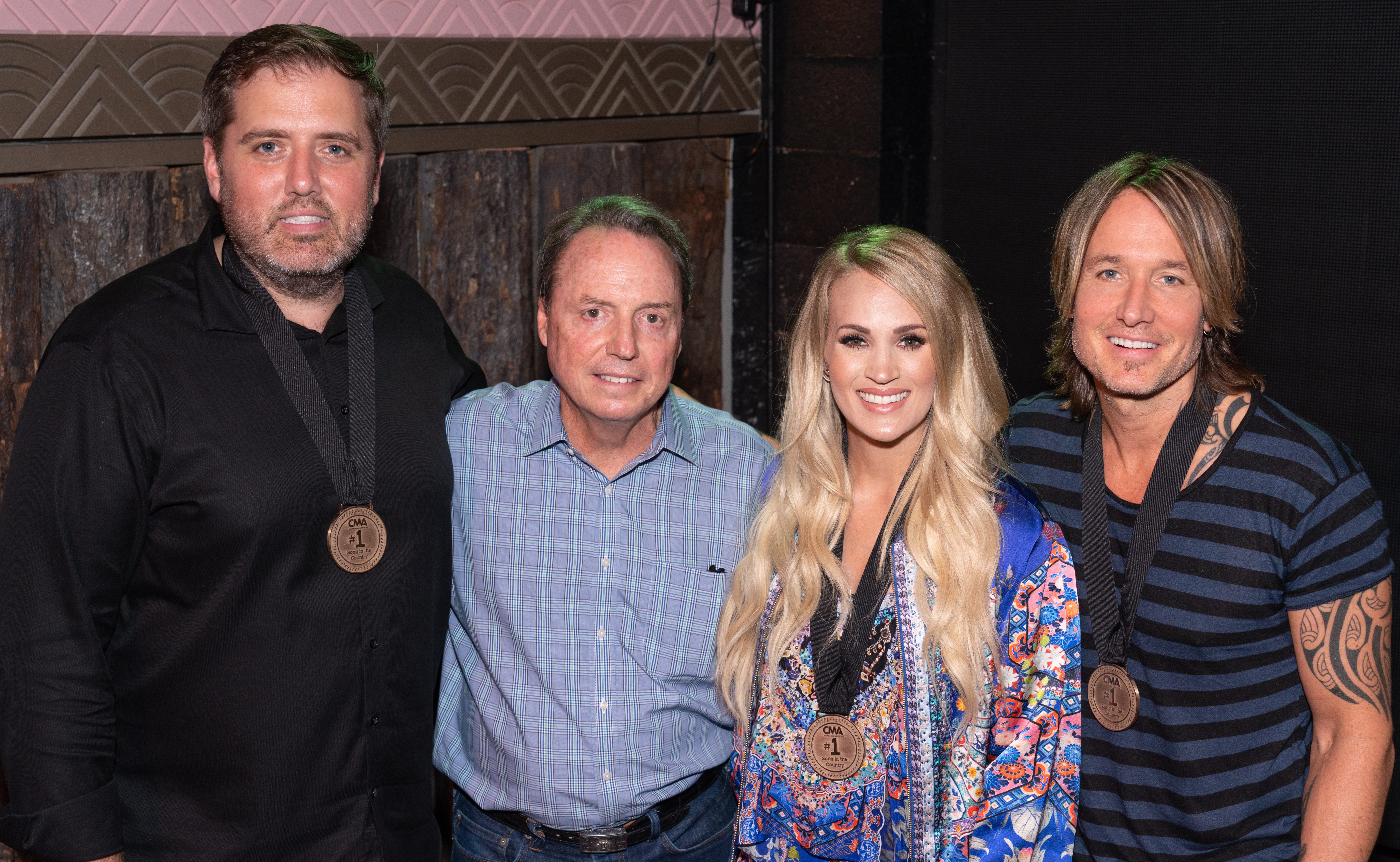