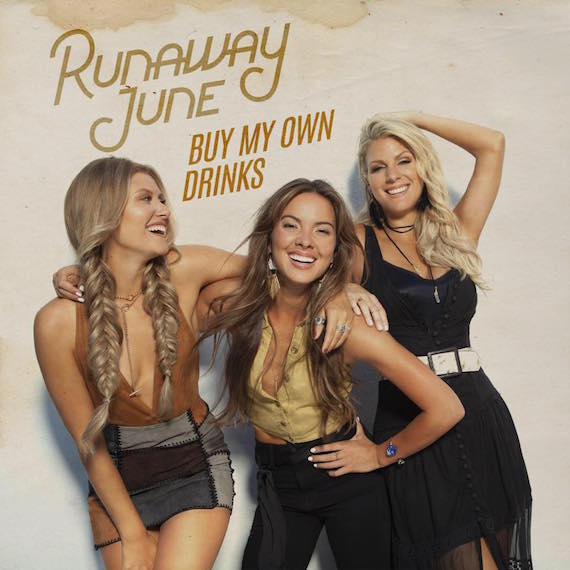 Country’s guys and gals are going head to head this week.

Kelly Willis and Cassadee Pope are duking it out with Chase Rice and the Wild Feathers, not to mention darkhorse contender R.J. Comer (who is checking in with his second stunning album in a row). In this contest, we listeners are the winners.

The ladies snare the Disc of the Day prize, thanks to the splendidly catchy release by Runaway June.

CHASE RICE/Eyes On You
Writers: Ashley Gorley/Chase Rice/Chris DeStefano; Producer: Chris Destafano & Jacquire King; Publishers: Sony-ATV Countryside/Jack Daniels/EMI April/CDS Words and Music/WB/Combustion Engine/Sadie’s Favorite, BMI/ASCAP; BBR/Jack Daniels
– Nicely romantic. Wherever they go, whatever they do, he only has eyes for her. I like the way his vocal is mixed with so much intimacy and presence. The title is repeated about 30 times too often for my taste, but it’s still a nifty little record.

THE BAND STEELE/Sit Awhile
Writers: Bo Steele/Ben Rubino; Producers: Rob Burrell/Stacy Savola; Publishers: FRMG/Kadence Faith/B Rubino, BMI; Fire River
– This has a richly masculine sound. It’s about reflecting and meditating and letting grief take its time. It’s a good thing the vocals are so strong, because the production isn’t much.

SARAH LAWTON/Sticks and Stones
Writers: none listed; Producer: Kenny Zaridar; Publishers: none listed; SL
– This has plenty of sass and attitude. But the song does nothing for me, and there’s not much about the irritating production that I would characterize as “country.”

WILD FEATHERS/Stand By You
Writers: none listed; Producer: Jay Joyce; Publishers: none listed; Warner Bros.
– I love this Nashville band. I liked ‘em when they were rockers, and I think it’s very cool that they’ve shifted gears into country. This thing has more hooks than a tuna boat. If the track doesn’t make you want to get up and bop around the room, you need a rhythm injection. Ridiculously catchy.

R.J. Comer/One Last Kiss
Writers: R.J. Comer; Producer: Shawn Byrne; Publishers: Pack of Three, SESAC; Growling Moon
– The title tune of Comer’s new CD is a doomsday dirge of despair. But it was so compelling that I couldn’t turn away. Death has seldom sounded more fascinating. Recommended, especially at midnight.