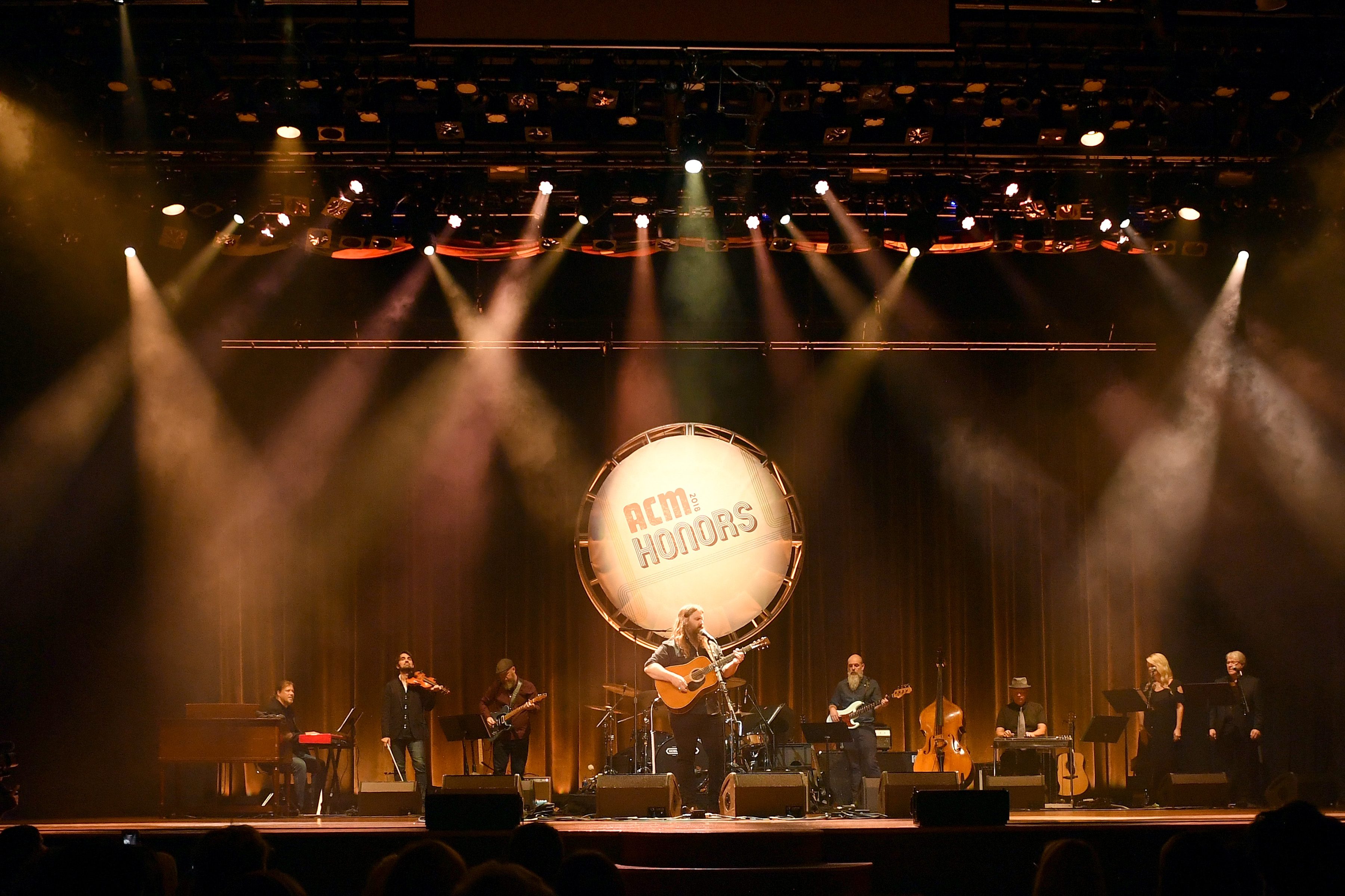 This year’s ACM Honors show at Ryman Auditorium on Wednesday (Aug. 22) was a collection of musical delights, interspersed with lots of blah-blah, horribly-lit video interviews and borderline-incompetent hosting.

Things began promisingly with Jon Pardi — splendidly attired in a rhinestone-festooned, black bolero jacket – delivering a spot-on rendition of honoree Alan Jackson’s “Chasin’ That Neon Rainbow.” In mid-song, his co-host Lauren Alaina joined him. They drove the song home together with elan.

“We’re honored to be in the presence of people who have inspired us all of our lives,” said Jon. It was among the few coherent comments he made all evening. I love this guy’s music, but he was embarrassing as a host, consistently misreading the Tele-Prompter screen and mispronouncing names.

Co-host Lauren tried to compensate by being ebullient, charming, honest and fluent throughout. 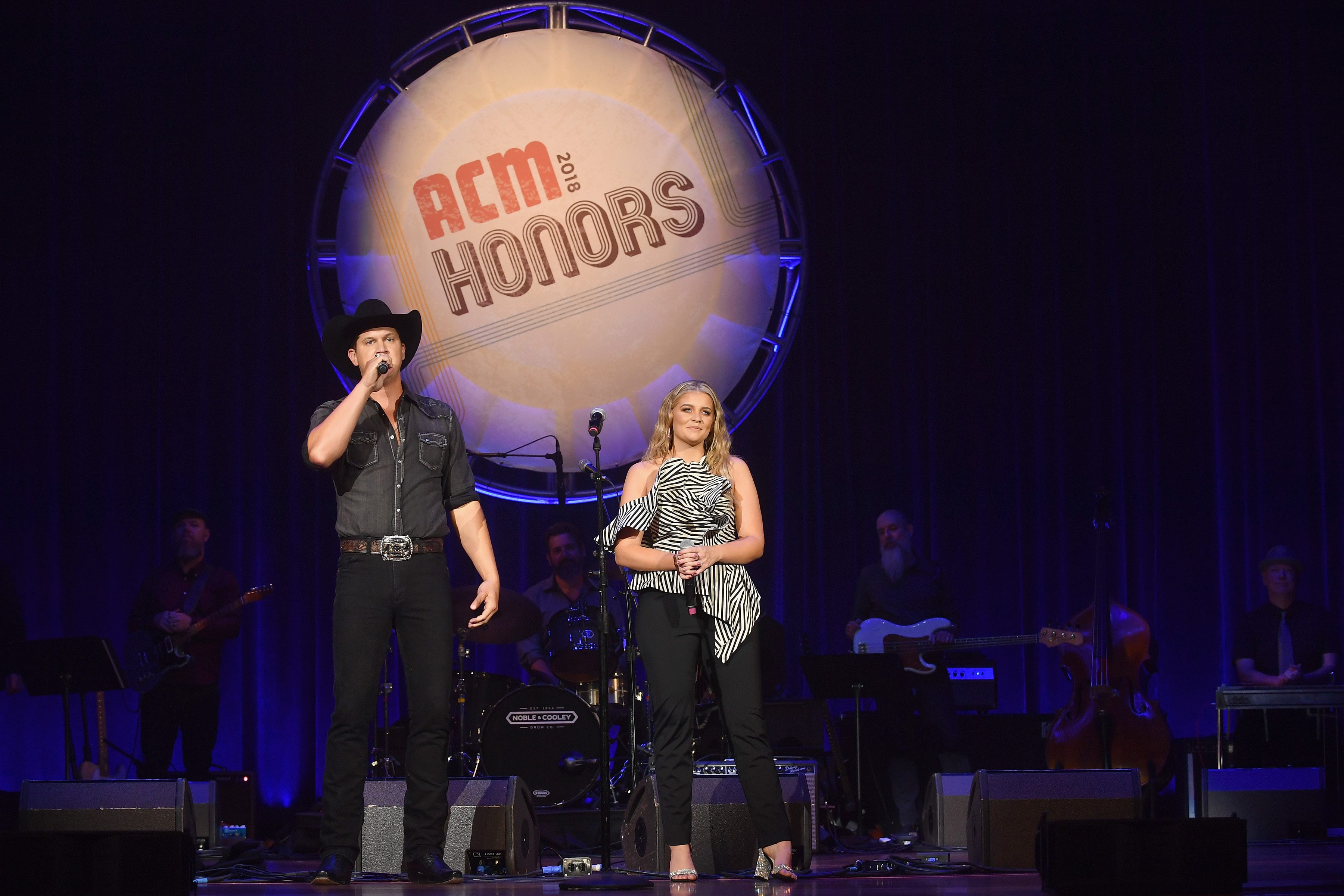 “We love music, and we love what we do for a living,” said Brian O’Connell. “This is the coolest thing in the world.”

The Gene Weed Milestone Award went to Sam Hunt. Newcomer Kassi Ashton made the most of her performance moment. She was loaded with stage presence as she delivered “Body Like a Back Road” garbed in a billowing, full-length, pink lame evening coat and matching trousers. Bobby Bones presented the statuette.

“I appreciate everybody involved,” said Sam, “especially my co-writers Zach Crowell, Josh Osborne and Shane McAnally. Country radio, you made all the difference. ACM, thank-you for having me.” 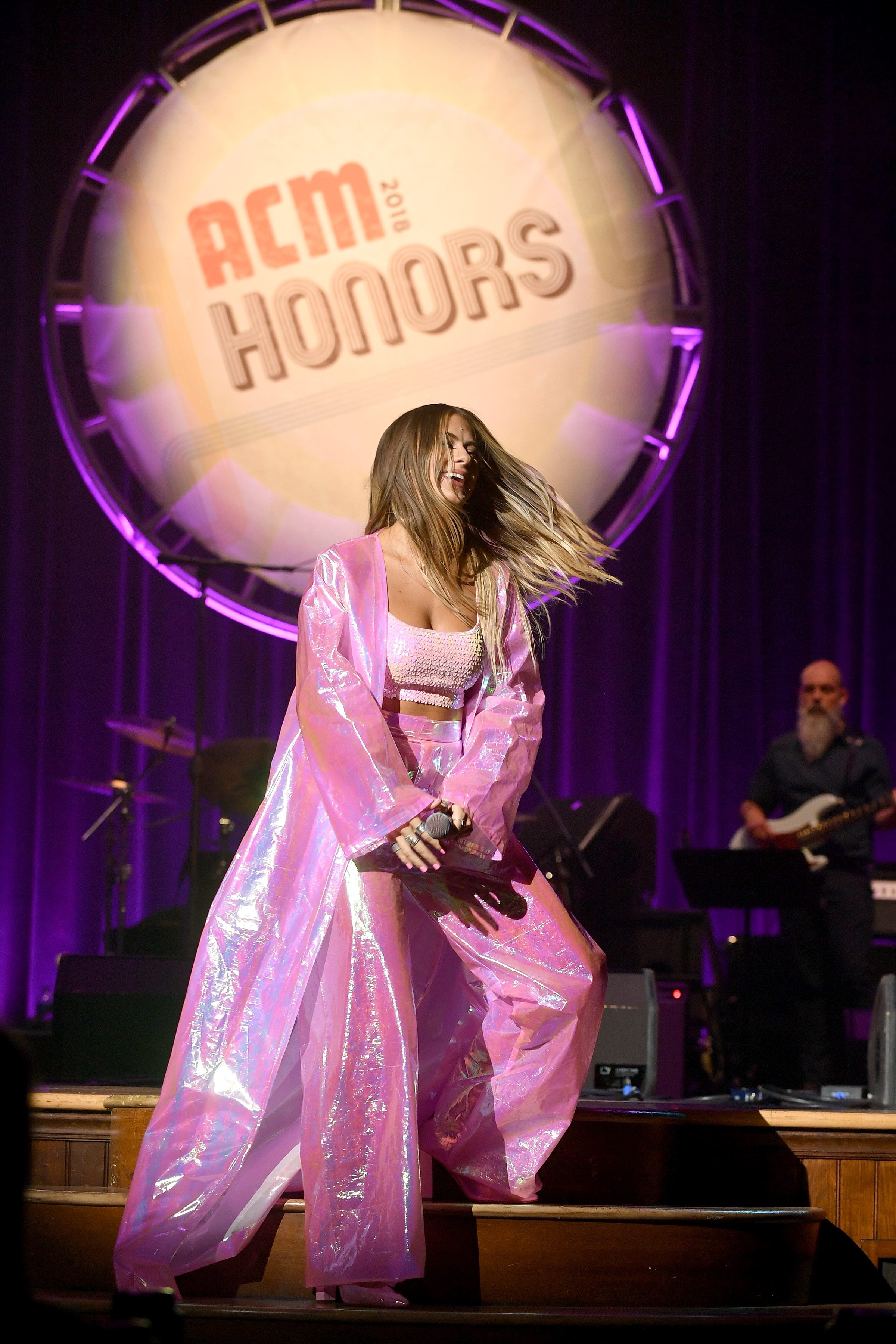 The Jim Reeves International Award went to the recently deceased Rob Potts. Rob was a mainstay of the Aussie country scene and was a particular booster of Morgan Evans. The new chart topper stunned the crowd with his super creative, multi-textured performance of “The Things That We Drink To.”

The audience went wild for Old Crow Medicine Show’s performance of “Wagon Wheel.” The group brought up the house lights so that the attendees could sing along, loudly and lustily. 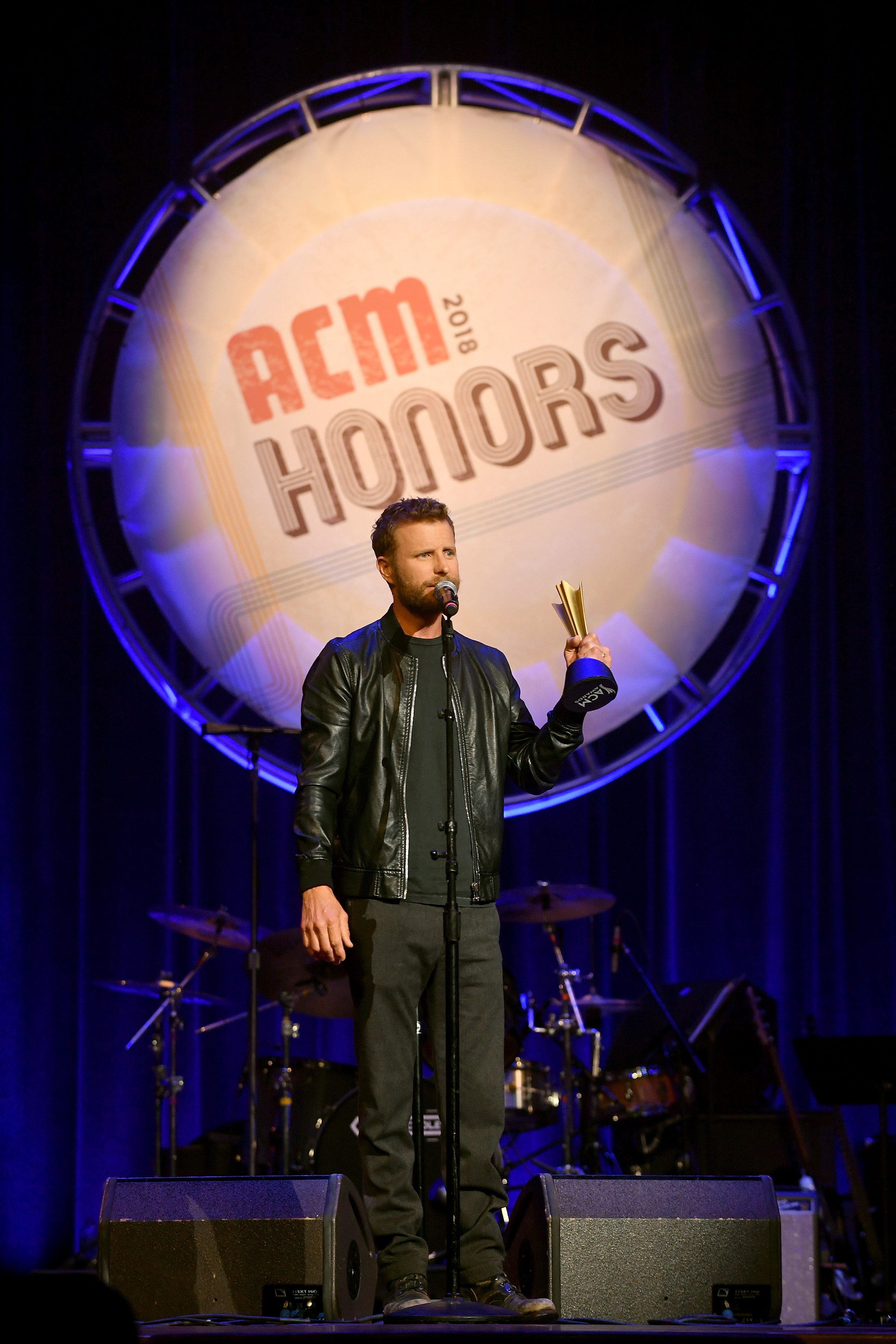 This standing-ovation moment was because widely beloved Darius Rucker was being given the Gary Haber Lifting Lives Award for his community service. Kip Moore presented the honor to his friend.

“I don’t do what I do for awards,” said Darius. “I do it because anytime you can do something for somebody less fortunate than you, that’s what you’re supposed to do.”

Dallas Davidson, Ben Hayslip and Dustin Lynch sang a medley in honor of Songwriter of the Year winner Rhett Akins. Lynch, by the way, was invited to join the Opry cast this week.

“How cool to have your best buddies sing your songs,” said Rhett. “I want to dedicate this to all the dreamers out there. This CAN happen, for sure. In 1991, I came to Nashville, just as a tourist. I came here to the Ryman and had my picture taken on this stage. I wondered what it would be like to sing on this stage.”

He recalled that he next went into a Lower Broadway bar and encountered a performer singing to an empty room. It was a then-unknown Kenny Chesney. Today, Rhett’s son Thomas Rhett is on tour with superstar Kenny. 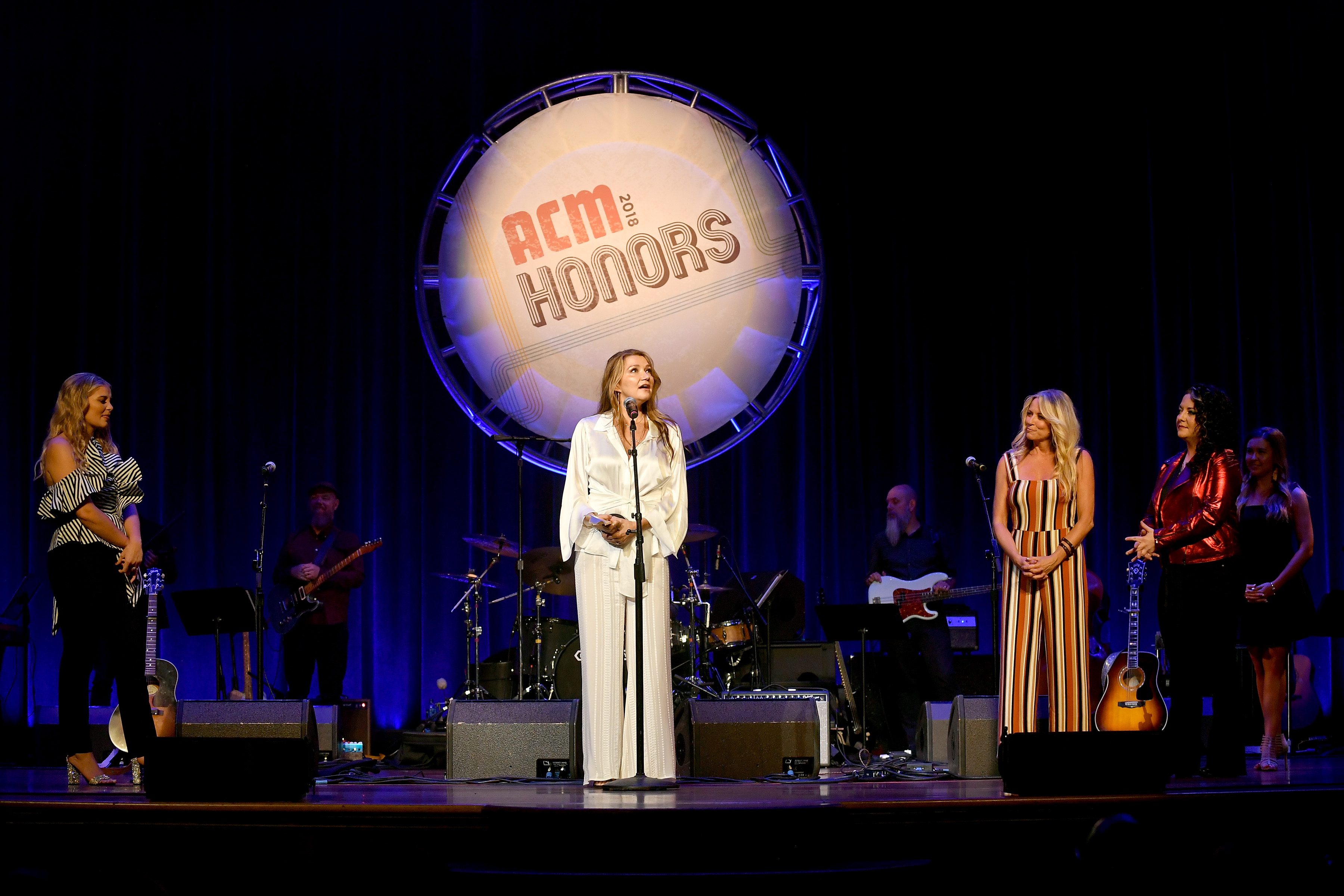 Jon Pardi returned to sing a riveting “I Hold On.” This was for Merle Haggard Spirit Award honoree Dierks Bentley.

By this time, the winner evidently had heard enough. “Thank you for that, Jon,” said Dierks. “Stick to singing, by the way — Left to right, top to bottom, makes a paragraph.”

Dierks’ hero Ricky Skaggs presented the honor. Said Dierks in accepting, “It’s always gonna be easy if you love what you do. And I love country music.”

The second Poet Award went to Matraca Berg. Vocal greats Lauren Alaina (“You and Tequila”), Ashley McBryde (“Wrong Side of Memphis”) and Deana Carter (“Strawberry Wine”) performed in Matraca’s honor, fabulously. Lauren changed into classy evening slacks for the number, perhaps to keep up with the evening’s female fashion trend and/or to match Ashley, Deana and Matraca.

“Girls rule!” exclaimed the teary eyed winner. “To get one along with the great Norro Wilson is just so special….Thank you so much. This means the world.” 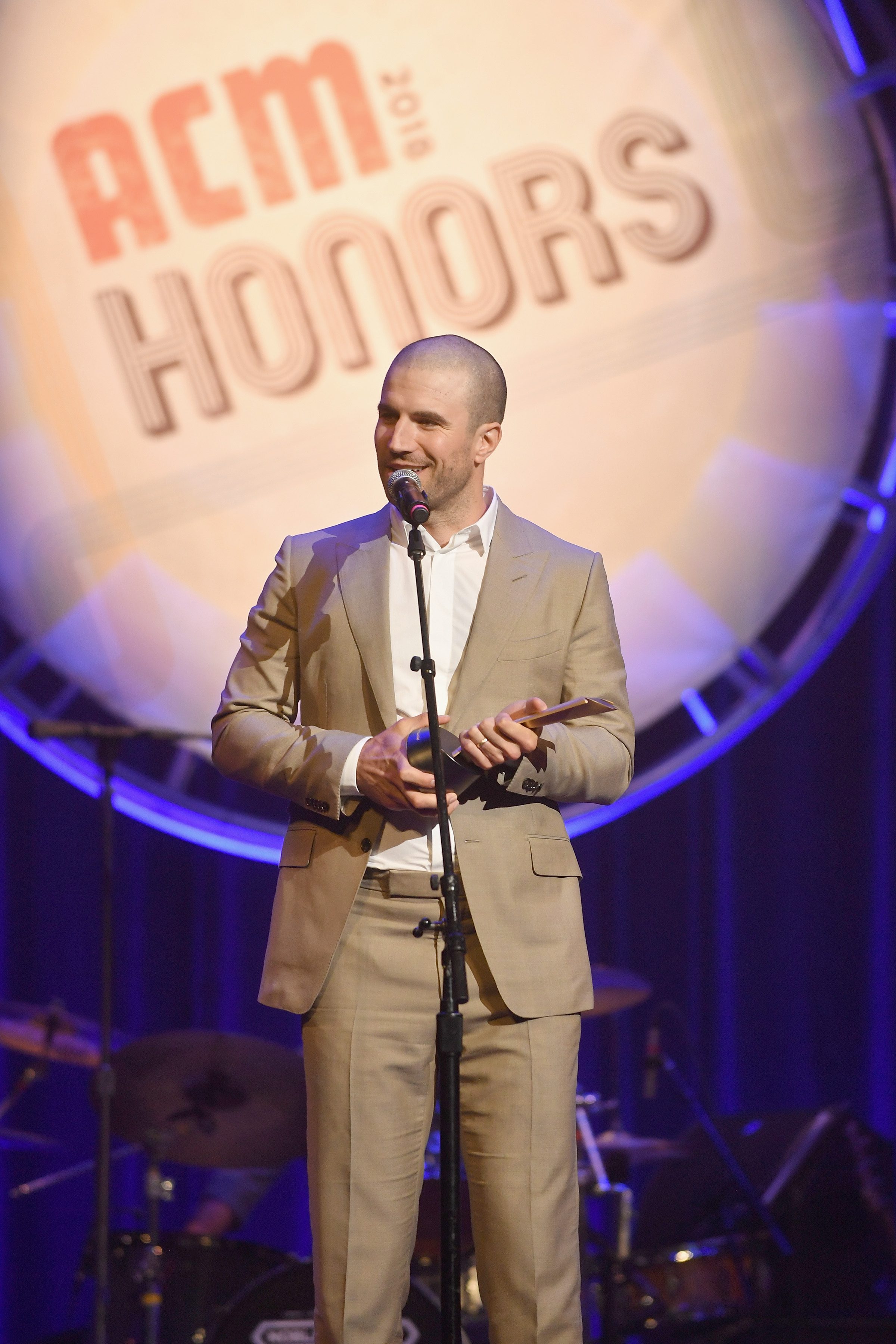 Chris Stapleton provided the final musical highlight with his heartfelt delivery of “Here in the Real World.” This was for Alan Jackson’s winning the Cliffie Stone Icon Award. Alan’s daughter Mattie accepted eloquently, since the superstar was reportedly ill.

But the balcony crowd was dominated by fans. This is cool, because it lets them feel like they are at an industry “insider” event. Plus, they take their seats on time instead of schmoozing endlessly. 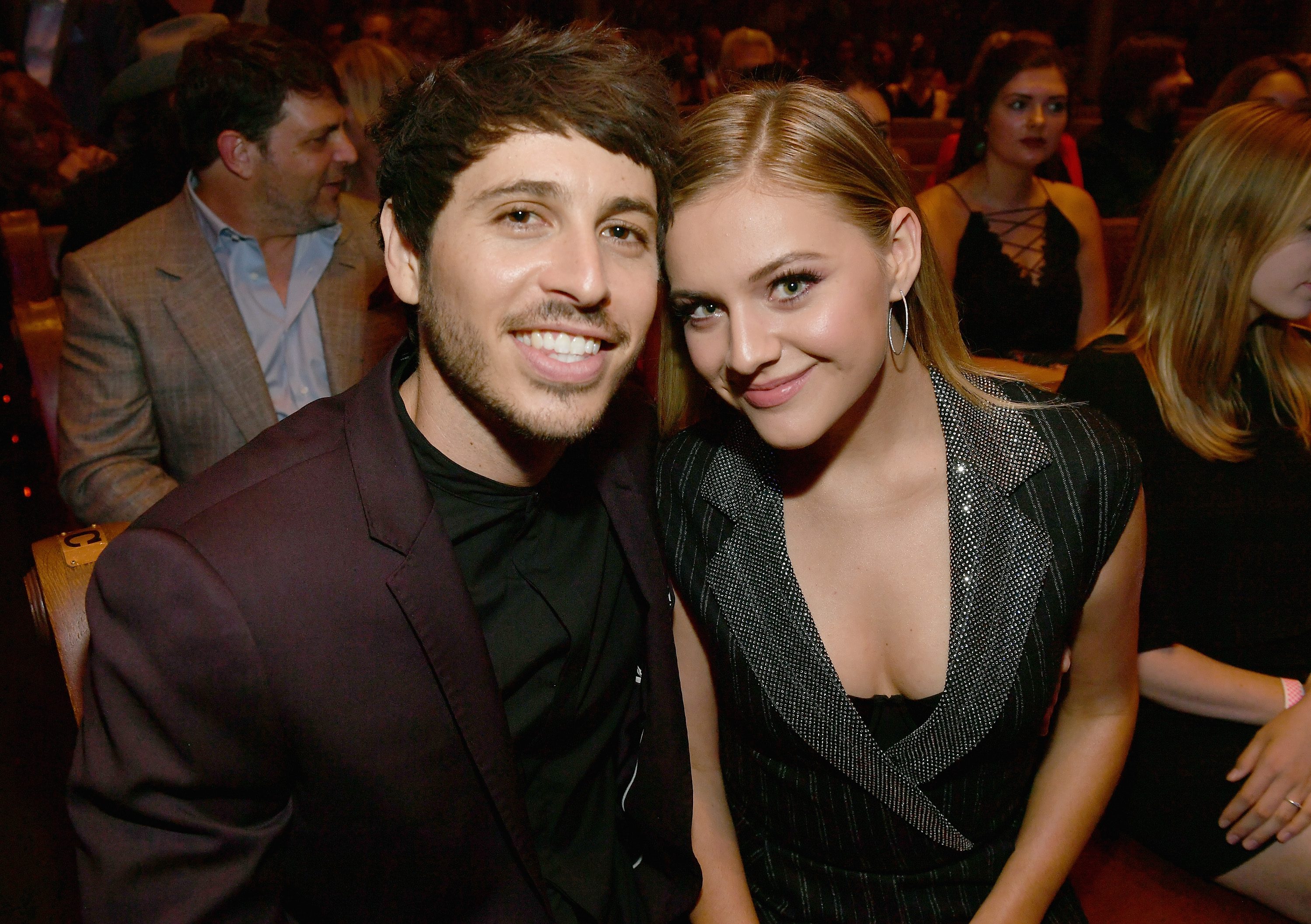 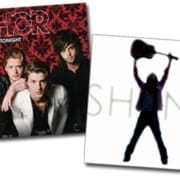 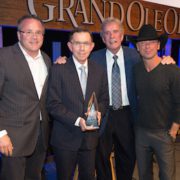 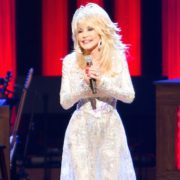